previous
Hitchhiker First Ride Debuts on Humble
random
next
Podcast #279: Were any of them good ones?
0 comments

Metal Gear Survive is a great step forward for the franchise 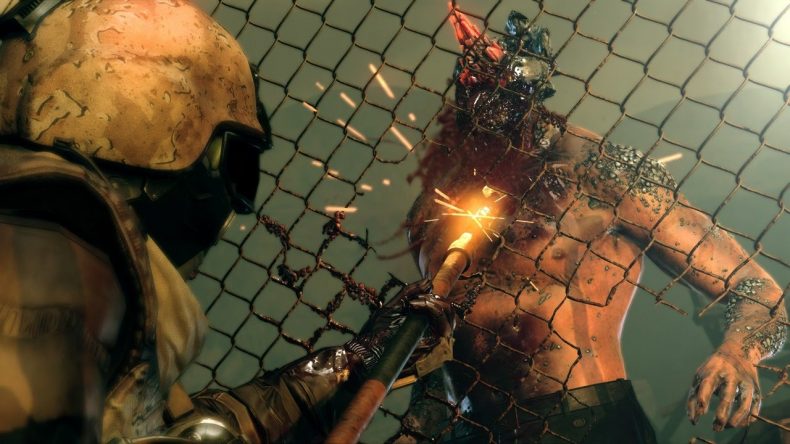 It’s over 30 years since the very first Metal Gear released with series mastermind Hideo Kojima at the helm, and in the time that followed, we’ve been given some of the greatest stealth games ever to exist. With every new release in the franchise, something new was introduced that blew our minds: the torture scene or the Psycho Mantis controller switch section in Metal Gear Solid, the heart wrenching end to Snake Eater, or the freedom to play exactly how you wanted in The Phantom Pain, Metal Gear has always been one step ahead of the game. adore this franchise, but how does a series continue without Kojima?

After playing Metal Gear Survive recently at the Konami offices in Windsor, the answer is simple. Here is a game that has a target on its back from the beginning, and there are fans of the series that simply won’t accept it without Kojima. To those of you out there that feel this way, please believe me when I say, this game is the perfect continuation to a series without the man who led it for so long. With the incorporation of the FOX Engine, and some great ideas, Survive has a lot of potential.

I spend about three hours playing the single player, and I also got to play a fair amount of the multiplayer. Thankfully, both feel like Metal Gear. Much of the gameplay is identical to MGSV, which is perfect because it is still very much a part of my muscle memory, and it didn’t take long to get back into the swing of things. One thing I wasn’t expecting, though, was just how much it made me think of Snake Eater. You have a hunger and thirst percentage – both dwindling as you explore the strange alternate reality you find yourself in. To find food and water, you must hunt and scavenge the plains to do so. For example, there are a multitude of animals you must hunt to get meat, such as goats, rats, and jackals, but to avoid food poisoning, it’s a wise idea to take the food back to camp to cook it over a fire, reducing the risk of contamination and sickness. Likewise, there are plenty of empty bottles to fill with dirty water from a nearby pond, but drinking clean water is not going to make you sick. If you do find that you’ve caught something, there’s antibiotics you can take to cure yourself. I also noticed a whole manner of medicines were available, so I can only imagine how in depth this system is the more you play.

As well as scavenging for sustenance, you must grab any materials you find, like iron, copper, and wood. These items will help you to build defenses for your base, new gadgets, weapons, and temporary fences and barricades for both the multiplayer and single player interactions with the enemy (more on how the two games interweave later). Your base has different benches where you can craft all your items, and it becomes self-explanatory how you use them. Later down the line, you can unlock wormhole transporters that both act as a fast travel back to main base, and a means to use all the different benches away from base camp, and unlocking these transporters became one of the best bits of my time with it.

To gain access to the transporters, you must protect them for a certain amount of time from one of the game’s enemy. These enemies feel very much like zombies, and have red crystals protruding from their necks (the crystals become currency for upgrading skills). When you’re trying to stop them from damaging these transporters it becomes very frantic, mainly because they turn up in droves, so unless you’ve built some decent barriers around the transporters, they’ll overwhelm you in seconds. It took me a couple of attempts to do it, but it was exhilarating when I finally managed it, and it was a nice touch I hadn’t expected to see – one of many, in fact. Another element of the single player I got to see, was collecting memory boards from certain locations on the map. They acted as a way for your character and the research team you were working with to learn about the world you find yourself in. These memory boards were in abandoned buildings, almost always surrounded by these zombies. On one occasion, I noticed one in a room atop of one of the compounds (thanks to the returning iDroid), but to get there I had to try and evade around 4 or 5 of these zombie fellas. After clearing them, I thought I was safe, but just before I was about to climb towards the room harbouring the board, around 15 of these creatures appeared, and it became something that wouldn’t seem out of place from Dawn of the Dead. I shat my briefs, but I didn’t care: it was great.

There was another feature to the single player I really enjoyed, and it was called the Dust. At the far reaches of the map, a huge wall of dust filled the screen, and after you craft an air mask, you’re free to travel beyond it. Once you walk through the Dust, things become tricky to say the least. Firstly, you have an oxygen level that mustn’t reach zero, but also, enemies are more frequent. It’s an area more dangerous and unsettling, with much tense encounters and a sense of terror filling every second you’re there. Rewards are more bountiful, of course, but it’s also more of a risk, and I’m very much looking forward to seeing just how tough it gets when I’ve played more.

It seems that the single player offers a lot to do, and although I didn’t see lots of references to previous games, the mention of XOF got the Metal Gear fanboy inside me squealing with excitement. It’s also worth mentioning that the story seems interesting too, which is something I didn’t doubt, but not something I felt would be too engaging or important. It looks as though serious time has been put into making it feel very Metal Gear, and that is an exciting thing to see. The multiplayer was a lot of fun too. You and three friends must protect a Wormhole Digger from 3 waves of enemies within a time limit. If you’re successful, you earn rewards such as materials for your base, and upgrade points to help you level up and unlock skills. The things you earn in multiplayer can be carried over into the single player, and the stuff you already own in single player can be carried over into the multi, so it always pays to have a full stock before taking on the waves online. Whilst I only saw the zombie-like creatures in the single player, I got to see some other enemy types in the multiplayer, such as these creatures with huge swollen and infected bodies that exploded after a while.

The waves were tense, but before each one commenced you had a short time to build defence a la Fortnite. Wooden fences could normally be destroyed by them after 10 seconds or so, but building a few in a row helped to subdue them for a while, and the wire fences also helped. You can construct mines, and even unlock walkers as featured in The Phantom Pain, so god knows what other treats await the more you play. I rather enjoyed the multiplayer, and I’m looking forward to seeing just how these impact the overall game regarding progression.

Metal Gear Survive is a great step forward for the franchise, and Konami is showing just how much it cares for the series. Whilst it’s not a sequel, or canon (not confirmed), it stays true to the mechanics of MGSV, and introduces lots of cool stuff to make it feel very different. It appears the single player game could be rather substantial, and with the fun multiplayer, this could be a game to end up featuring on many GOTY lists by the time 2018 has ran its course. Only time will tell, it seems.

Video games are cool. Don't let anybody tell you any different.
MORE LIKE THIS
Konamimetal gear survive