previous
UNDER NIGHT IN-BIRTH Exe:Late[st] is now available on PS4, PS4, and PS Vita in NA and EU
random
next
BAFTA winning arena shooter At Sundown getting a spring launch
0 comments 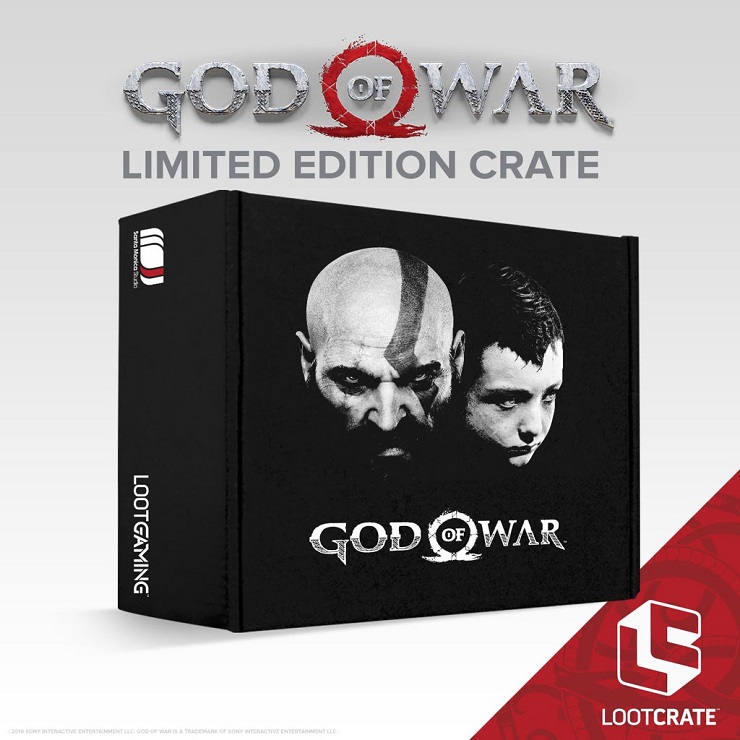 Like yourself some gaming gear? Do you like God of War as well? If you answered yes to both questions then this may interest you.

Sony have teamed up with videogame apparel distributor Lootcrate to produce a limited edition God of War themed lootcrate. Priced at fifty dollars for US and $75 for overseas shipping, the crate will contain a range of clothing, accessories and replica items from the upcoming game.

The gear will utilise assets from in the game and will hopefully be a little bit fashionable, while the replica items will apparently enhance the game experience. There’s no word on how exactly they’re going to improve God of War, but let’s just say we’re a little bit intrigued. There was a bit more PR blurb, but I sort of tuned it out and focused on the pretty looking box instead.

Anyway, as we knew before, the game is due out on April 20, so expect the crate at the same time, so that’s just over two months away before we get gaming’s most infamous brooder in a new game.

A lover, not a fighter and an all round good guy (he would say that, he wrote this after all), he's happy to be here as part of GIAG.
MORE LIKE THIS
God of WarLootCratePS4ps4 pro