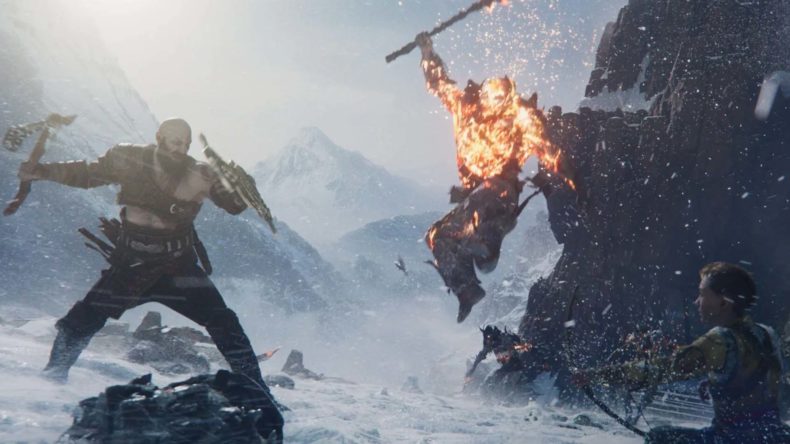 Sony has unveiled the release date for the most wanted game on any PlayStation owner’s list: God of War Ragnarok is coming on November 9th.

Sr. Community Manager at Santa Monica Studio, Grace Orlady, took to the official PlayStation Blog to reveal all, saying: “We’re thrilled be able to share our release date and the brand-new God of War Ragnarok – Father and Son CG Trailer with all the God of War fans who have been eagerly awaiting news. We hope you’ve enjoyed a glimpse at some of the dangers Kratos and Atreus could find themselves up against as Ragnarök approaches”.

On top of the release date and new CGI trailer, the collector’s edition of the new game was unboxed before pre-order opens up on July 15th, 10am local time (10am Eastern in North America). You can see that video, and details of what you’ll get in various editions, below.

When you purchase God of War Ragnarök before launch, you will receive the Kratos Risen Snow Armor and the Atreus Risen Snow Tunic (cosmetic)

The God of War Ragnarök Standard Edition (digital and physical) comes with the full game for either PlayStation 4 or PlayStation 5.

If you purchase the God of War Ragnarök standard edition for PlayStation 4, you can upgrade to the PlayStation 5 version for $10 USD (or currency equivalent).

Included in the God of War Ragnarök Digital Deluxe Edition, you will receive:

Ryan Hurst, the motion capture and voice actor of Thor, and Santa Monica Studio Art Director Rafael Grassetti, are here to take you on a tour of the God of War Ragnarök Collector’s and Jötnar Editions.

The God of War Ragnarök Jötnar Edition is a premium selection of items designed with care by our team here at Santa Monica Studio to be a collector’s set worthy of our amazing fans. You’ve seen it unboxed in the video above, but we’ll also run you through its contents here.

Also included in the Jötnar Edition are the following digital items:

Editor-in-Chief.
MORE LIKE THIS
God of Wargod of war ragnarokPS4ps5