5 characters we want to see return in Smash Bros. 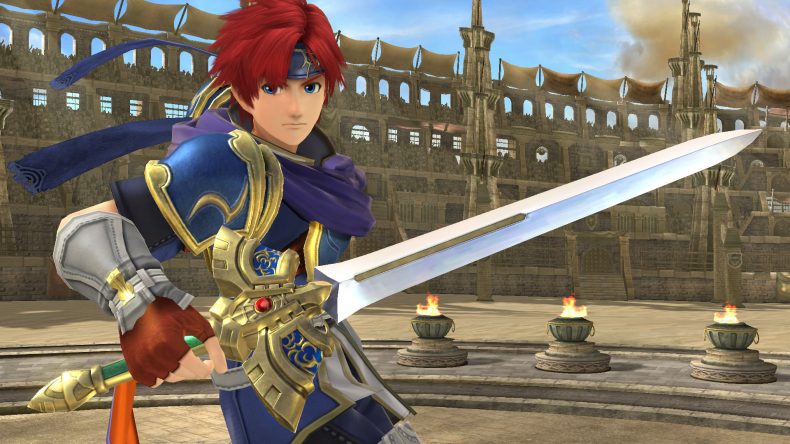 With Smash Bros. now confirmed as a title heading to Nintendo Switch in 2018 courtesy of the recent Nintendo Direct, it seems a good a time as any to speculate as to what the roster will be. But rather than focus on the myriad of potential newcomers to the series, I’d like to spend some time focusing on those characters who have appeared in previous games. These characters for some reason or another haven’t established themselves as main characters, but I’d love to see return on Switch.

And no, Pichu doesn’t appear on this list. Because that would be ridiculous. Hang your head in shame for even thinking it. It was a bit of a coup back in Super Smash Bros. Brawl, when both Solid Snake and Sonic the Hedgehog were playable characters, so much so that it was plastered all over the game’s box art (ignoring the awkward fact you had to play for about 20 hours before you could unlock them). Having 3rd party fighters in a Nintendo fighting game was a big thing a decade ago, and paved the way for future entries like Bayonetta and Ryu of Street Fighter fame. But aside from Snake’s inclusion being significant for the series, he was also a really interesting fighter to play as. His combination of military weaponry and close combat gave him different options in the mix, and of course let’s not forget his iconic “box” move.

In a time when third parties seem to be coming back to the Switch in numbers, it would be great to see the return of a beloved 3rd-party character into the fray. And I’m sure he’d prove popular with long-time fans of the series as well as newcomers to the series on Switch. Now, whilst I would love Young Link to return, the reason for his inclusion is a little more symbolic. Essentially what I’m after here is an alternative version of Link to play with. I’ll say straight away that Link is my go-to character in the Smash Bros. series, I enjoy his balance, strength, and options his sword gives him (in the same way as the traditional Fire Emblem characters, which I’ll come back to later). But since Smash Bros. Melee, there has always been an alternative Link to use, normally one that is weaker, but quicker and more agile than his counterpart, allowing for a similar move-set without feeling like you’re moving through treacle. Young Link fitted the bill in Melee, and since then it has been down to Toon Link of Wind Waker fame in more recent games.

Now, the reason for Toon Link’s inclusion in the last two iterations was because of Wind Waker’s initial release, and then the HD remaster on Wii U. Now unless there is a planned port for the Switch (not a ridiculous suggestion, but also not announced or even hinted at), it means Toon Link appearing on Switch seems less likely, and what I hope this doesn’t mean is only one Link to play as. Young/Toon Link whilst sharing potential combos felt like different characters and meant I could still play as my favourite character even if I fancied a literal change of pace. Here’s hoping that Young Link or an equivalent steps up to the plate on Switch. I’m a big fan of bad guys being in the Smash Bros. series. It makes much more sense for Mario to be punching Bowser in the face than it does his potential love interest. And it also offers an opportunity to raise the profile of characters that only tend to feature towards the end of our favourite franchises. It’s worked well for characters like Bowser and Ganondorf, and in Smash Bros Brawl Fox McCloud got his playable nemesis in Wolf O’Donnell.

For me, Wolf was a bit like Young Link mentioned previously in that he presented a different but familiar play style to Fox, which gave you some good options. And I felt he had a much better balance between speed and strength than his foxy counterpart. Plus Wolf – I think mainly because he’s a bad guy – has a much more interesting personality than goody-two-shoes Fox, which made his victory gloat just that little bit more smug and enjoyable. Characters need to have, well, character, and this guy had it in droves, and it would be a shame if he didn’t make a return. As a self-confessed Nintendo fan-boy it might comes as a surprise that I’ve never gotten into Pokemon. I watched the TV show a bit when I was younger, and I got caught up in Pokemon Go for a bit when that all kicked off, but never really found interest in the games. As such, much outside the original 151 Pokemon are a mystery to me. So when Mewtwo (who I do know a little bit about) got replaced with Lucario (who I know chuff all about) when we moved from Melee to Brawl, you could say I was a little disappointed. The fact that that change held when we moved to the Wii U and 3DS versions made me sad.

So, yes, this is a personal knowledge piece rather than much else – although I do also prefer Mewtwo’s move-set to Lucario’s. Mewtwo had a bit of villain about him, which we know ticks a certain box, but his wide array of moves meant learning him took some time, and using him effectively, took even longer. I was one of the people who invested that time during Melee, only to be left out in the cold when he was dropped for Brawl. So how about this Nintendo, if you bring Mewtwo back for the Switch version of Smash Bros, I promise to at least look on in interest when you undoubtedly announce a Pokemon game for Switch. Deal? As I said before I’m a fan of a sword-wielder in Smash Bros, they just seem to click with me. And so when, way back in Melee, I unlocked this strange character called Marth from a series called Fire Emblem that I’d never heard of, I was intrigued to see how this sword-fighter compared to trusty Link. And the verdict was a bit mixed. His moves were interesting, especially the counter move, but his attacks were so weak, that it felt like they would never hit someone off the stage. If only there was a character I could unlock that was like Marth, but with a bit more oomph…

Enter Roy, proof if ever proof was needed that characters improve if you add fire to them and additional manly grunting. Essentially Marth on steroids, Roy still had the interesting moves and counter option but packed enough of a punch to prove a very useful fighter in a variety of situations. Given he was the first fighter from Fire Emblem I ever really clicked with, Roy will always have a special place in my heart in Smash – we’ve won many a bout together. However, he’s kind of been replaced by Ike in future games, who’s essentially Roy on steroids, making the distinction between him and Marth more noticeable and lessening the need for a middle ground. As such I think Roy is the least likely to return, also not least because the Fire Emblem contingent at the end of the Wii U version was already packed to the rafters, so adding more on the frivolity of this writer probably doesn’t make sense even if I would appreciate it.

So there you have it, my 5 top picks for returning characters from the Smash Bros. series. Whilst I doubt all of them would see a return, it’ll be interesting to see if any of them do live to fight another day on Switch.