12 Tips to Stay Alive in State of Decay 2 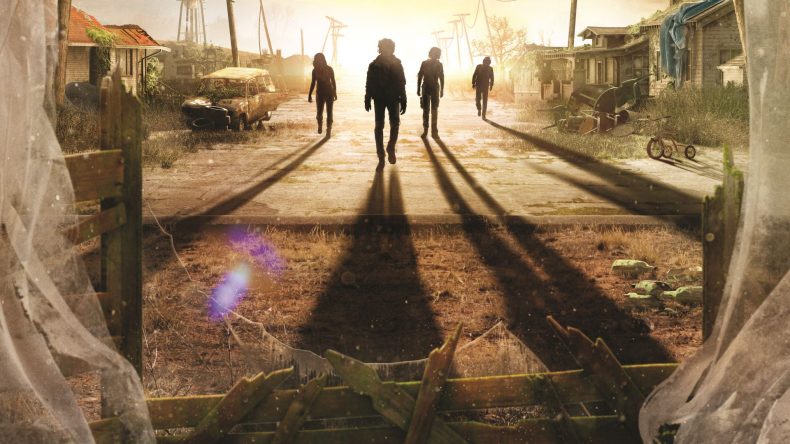 The zombie apocalypse is still in full swing in Undead Labs’ corpse-stuffed State of Decay 2, and surviving it is going to take a lot of planning, a great deal of swearing, and some serious teamwork. Heading out into the world without a clue is going to get you killed and see your desperate community overrun and dead, or worse. But here at Godisageek we consider it our responsibility to shepherd you through the end-times, so here are 12 essential tips to staying alive and rot-free in State of Decay 2. This is very important. There are very few items to find that you won’t need at some point. Bags of seeds can bolster your garden, nuts and bolts are used to improve buildings – there are even luxury items that are essentially “vendor trash” that you can use to barter with other Enclaves for much-needed resources. Your initial backpack can only hold six items (though you can stack certain things such as ammo and medical supplies), but you can upgrade it as you go.

Whenever you’re out on any kind of run, be on the lookout for containers to search, and take anything that’s useful. You never know when something is going to come in handy, but don’t agonise over things. If you drop something on the floor, it’ll stay there forever so you can always go back for it later.

2. It doesn’t pay to spray and pray Aside basic resources, the most important items you can stockpile are ammunition and medical supplies such as bandages and painkillers. For much of the early game, say the first five to ten hours, you’ll rarely need to fire a gun. They’re loud and not particularly accurate, so I always tend to use them primarily for defending the Homebase against zombie hordes. During this time, it’s better to simply stockpile as many guns and as much ammo as possible for the later game when the streets are crawling with special zombies and a bit of firepower is truly necessary.

As for meds, most foraging trips and even missions require no more than a couple of bandages and a bottle of pills. As a general rule I only ever take two healing items and one gun, with ammo enough for a single refill, on any short-range mission. If you use them all up and can’t find any when you’re wounded, you could easily lose a survivor.

3. Keep the noise down Although stealth seems somehow less important in State of Decay 2 than in its predecessor, there’s no real benefit to rushing things. If you have an ally with you to watch your back, you won’t often need to forage fast unless you’re far from home, on foot and with night closing in. Holding down LB will activate the “turbo” mode, which means you’ll do everything quicker, from running and climbing to searching containers.

The zombies of State of Decay 2 have lousy eyesight, but can hear your clumsy fingers from the next house over, and when one comes they’ll usually attract more. Take your time and keep the noise down – another reason that guns are less useful than bats and machetes. Travelling on foot takes ages, is very dangerous, and tires you out, causing your active character to hit the critical state of fatigue much quicker. Although loud and tricky to maintain, vehicles are incredibly useful. Unlike the first game there’s no abundance of working cars, and you’ll need to raid service stations and garages to find fuel, but owning one or more is essential. They can even be upgraded with improved armour or fuel consumption.

Also, you can deposit several heavy rucksacks into the trunk, allowing you to bring back more gear and resources for your community. Beware though: if you flip one, it’ll take a miracle to get it back on its wheels. Zeds will follow you and jump on if you let them get too close, so be careful – and never forget the usefulness of clipping walls, trees and boulders to dislodge a clingy zombie. Going out alone during a zombie apocalypse is stupid. Luckily, you can invite other members of your enclave for a walk with you. The importance of personal relationships has been dialled back in State of Decay 2, so you won’t have to spend time with certain people to earn their trust, but the longer you’re out in the world the more you’ll improve a character’s individual skills.

If you’re off out to rescue someone and you’ve only got a two-seater car, the ally will have to walk home when you save your target, which can occasionally lead to a character’s death or infection. Keep this in mind when leaving the community, but always take a buddy with you when possible.

As you earn XP, perform tasks, rescue people and increase morale by being generally awesome, you can spread your influence by occupying buildings in the surrounding townships as Outposts. Some of these will allow you to generate resources daily such as food, medical supplies, building materials and ammo; others will contain beds and other consumables like seeds and stamina-boosters. Even if you can’t farm them for anything useful, just having a bolthole for when the sun goes down and you’re a long way from home can save your life.

They aren’t completely safe, but generally speaking the zeds will give your Outposts a slightly wider berth and you’ll be able to hunker down and wait for daylight if you’re in a really bad way. The best time to set out for a long journey is right before dawn. There are fewer hordes and special zombies out there, and it’s much easier to see where you’re going. Getting stranded far from home at night with limited resources is, ironically, when the game becomes most fun, but that’s only because it’s very dangerous and risky. The death of a community member – especially a leader – can be very damning for morale, and especially painful if you’ve spent time building that character up.

Oh, and you’ll need to send someone else all that way to retrieve whatever gear they died with, or to finish whichever mission or objective they fell in service of, all of which will cost more resources. Anyway, it’s a much prettier game in the daytime and everything feels a lot less claustrophobic. This is so vital. Bad morale in your community can lead to in-fighting, revolts, theft, murder, rebellion and a lack of proper defences should the horde descend on you. Characters will bicker, they’ll make bad decisions – they might even choose to leave and take some of your critical resources with them.

Certain things can negatively impact your community’s morale, such as a death, a lack of beds, low resources, bad decisions on your part, missing or infected community members, or rundown, sub-par facilities. Keeping everyone happy is almost impossible, so don’t try. Instead, focus on what your community needs to survive. Resources, Blood Plague meds, ammo and beds. Almost every decision you make will upset someone, especially during the later game, so remember that your decisions must be made in favour of the greater good.

Alternatively, of course, you can go with your heart or your gut and fuck ‘em if they can’t take a joke – but just remember that your community will suffer in the long run should your lousy decision-making lead to a morale vacuum. Remember that every action you perform earns you XP in a given field, from Cardio and Fighting to skills like Cooking and Mechanics. Every character can be levelled up, and usually when you increase a level you can choose a specialisation depending on their traits. Fighters, for example, might become more proficient with blunt weapons, or become more physically resilient.

It’s easy to forget to improve your characters, but it’s absolutely essential to your survival. It also increases a character’s standing within the community and makes them much more useful in the long run. Unlike the shambling horrors you’re up against, your survivors are only human. Prolonged physical activity, a lack of sleep, injury or trauma will wear them down. As your stamina bar depletes, it will periodically become shorter, leaving you with less base stamina until eventually you can barely swing a weapon or run five yards without being out of breath. Caffeine pills and coffee will give you small boosts, but sooner or later an exhausted character will become a liability.

Pay attention to their status and every few missions, swap out your main character and let them rest and recuperate. If nothing else, it gives you a chance to improve the skills and stats of the other survivors. As dramatic a statement as that is, it’s also sound advice. Just because someone is grateful for your help, doesn’t mean they’re necessarily going to return the favour. Sometimes you’ll get into situations with other survivors where the only way out of an impasse is to start swinging, and it’s always best to be the first up to bat.

Likewise, some characters have a tendency to brew up storms and stir up shit. Certain survivors are argumentative and will always take a stance opposite to yours, and if you upset someone enough they could turn on you when you least expect it. Perhaps the single most important thing to remember is that the goal in State of Decay 2 is to stay alive for as long as possible. Keeping your community running is a full-time job and the longer you survive, the more busy work you’ll have to deal with. Preparedness is your greatest ally.

Go out and find cell towers or lookout posts to survey the area; do a little recon when you get the chance and locate sources of food, ammo, or meds. Salvage what you can, when you can. Try to always return to base with a rucksack and a full backpack, but leave with no more than you absolutely need. Prepare for every eventuality and use one space in your car’s trunk to store a can of gas, extra bandages or a rifle if you’re out for a long trek.

Senior Content Editor Mick has been playing games for over 30 years and writing about them for around 12. After drifting from site to site for a while, settling briefly at the now-defunct Made2Game and freelancing for the gone-but-not-forgotten NintendoGamer Magazine, he came at last to rest at Godisageek. Mick has been a reviewer, staff writer and content editor here for some time, while also moonlighting a little for Red Bull Games. He has 4 kids, has written 2 novels, and sometimes even manages to pay a bill or two. You'll usually find him defending the galaxy in Destiny 2, battling evil in Diablo 3, or lurking in the background on Twitter. Find him there @Jedi_Beats_Tank, or on XBL (JediWaster247), PSN (Jedi_Waster) or Nintendo (JediWaster).
MORE LIKE THIS
state of decay 2Undead LabsXbox One