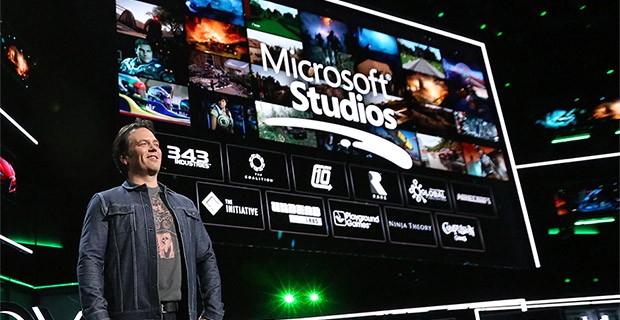 It seems that Microsoft has been listening to feedback from Xbox players, and have announced the acquisition of five new studios to add to their roster of first party developers.

Head of Xbox, Phil Spencer announced live on stage the acquisition of Playground Games, the studio working on Forza and an as yet unannounced open-world game. State of Decay developers, Undead Labs joins as well as Hellblade developers Ninja Theory. We Happy Few developer Compulsion Games is included too, with an August release date announced for their game.

Finally, Phil talked about a brand new studio based in Santa Monica called The Initiative.

Likes to shoot stuff and wear pretty shoes. Is a BEAST at Titanfall.
MORE LIKE THIS
Compulsion GamesE32018MicrosoftNinja Theory