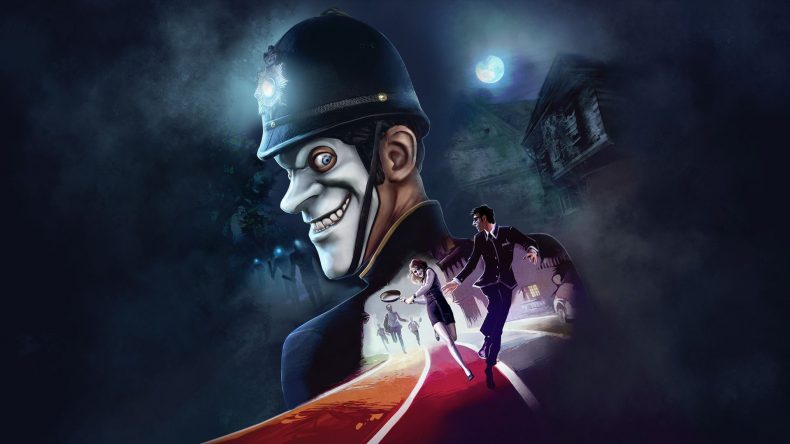 I think it’s safe to say that We Happy Few was a disappointment. Its unveiling looked to be a mix of Bioshock and Sir, You Are Being Hunted, but instead ended up being a strange survival game that struggled to be, ironically, a joy to play. However, Compulsion Games has been hard at work and, eight months later, has released the first major piece of downloadable content, They Came From Below. And you know what? It’s pretty good.

You play as Roger, a character met during the main game’s story, and one half of a dysfunctional couple. His partner James, an ex soldier, seems to question everything Roger does, and in They Came From Below, is constantly fighting his feelings for Roger. Probably due to the dystopian setting of Wellington Wells and its unwillingness to accept a gay couple. Together, however, the two leads in this DLC are working for Dr Faraday, who vanishes through a portal, leading Roger and James to discover a huge underground facility below Wellington Wells. A facility crawling with strange robots that seem rather offended at the sight of humans in their midst.

We Happy Few’s Joy mechanic and open-world survival elements are mercifully stripped away from this DLC chapter, instead funneling the gameplay into a more linear and straightforward affair. James will offer some instruction via radio, usually with a lot of swearing and frustration at Roger’s love of jumping in without thinking, resulting in a new objective to aim for and one or two laughs. I was not expecting to be entertained so much, but honestly the writing in They Came From Below is well above the quality of that in We Happy Few’s main adventure.

The gameplay too, is much better. Moving away from the open world and the game’s confusion as to its own nature, They Came From Below feels streamlined and much closer to the Bioshock-like game we originally expected of We Happy Few. You’ll spend most of your time wandering around the underground facility, searching for Dr Faraday in order to save her from the villainous robots. When you do come across these very 1950s sci-fi machines, full of chrome and flailing arms, you battle them with a brand new Ray Gun. Even better, this gun comes with a melee form and a very strategic style of combat.

The Ray Gun is very powerful and can even be charged for a super shot, which also doubles as a way to power up certain machinery. It doesn’t come with ammo per se, but it only has a limited battery that can only be charged by swinging it around in its melee form. It’s quite a unique idea, making you think about how many shots you can fire before having to cave in some metal and block a few swings of their white-gloved hands. The combat can get a bit hectic when multiple enemies are thrown at you (which is often) and this does expose the same clunkiness that was apparent in the main game. This is at its worst during the scripted ambushes, but as you learn the patterns of each style of robot, it becomes a little easier to fight your way through each encounter. Especially with the tactical use of certain throwables, which I actually forgot about until the final third, which meant that I had a decent stockpile for some of the harder battles toward the end of the DLC. That end will arrive fairly quickly, as even with a bit of exploration and secret-gathering (you’ll find a few hidden notes that offer some glimpses into the backstory of the robots and what happened in the underground facility before you arrived) They Came From Below will likely only take you a few hours to finish. Honestly though, that feels about right. Any longer and I feel the gameplay might have outstayed its welcome, much like the overlong original story. Think of it as movie length, and the price of entry to this DLC is less than a cinema ticket.

Although a little combat heavy, the DLC is also home to some decent environmental puzzles. Nothing that will tax your brain, requiring little more than a bit of patience and common sense. Need to switch on those generators? Simply follow the cables to the relevant pad, then hit it with a super shot to power it up. These minor puzzles give you time to rest between fights, while sometimes teaching you new mechanics that will help you through the next section.

Despite the disappointment of We Happy Few, They Came From Below offers us a glimpse of what could have been. What should have been. It offers varied gameplay, filled with (optional) stealth, combat and a few simple puzzles. It offers a simple, well-written story full of intrigue, humour and a fair amount of heart. Thankfully however, it doesn’t offer an open world, nor any of the survival elements, Joy mechanics or filler content that plagued the original game.

Combat can be a little clunky

We Happy Few’s first DLC shows a glimpse of what the main game should have been. They Came From Below is full of heart and good humour, though a little heavy on the combat.