previous
Anamorphine releases on PS4, Steam, Vive and Oculus on July 31
random
next
GUNGRAVE VR for PS VR and Gal Metal for Nintendo Switch will get physical releases in North America and Europe
0 comments 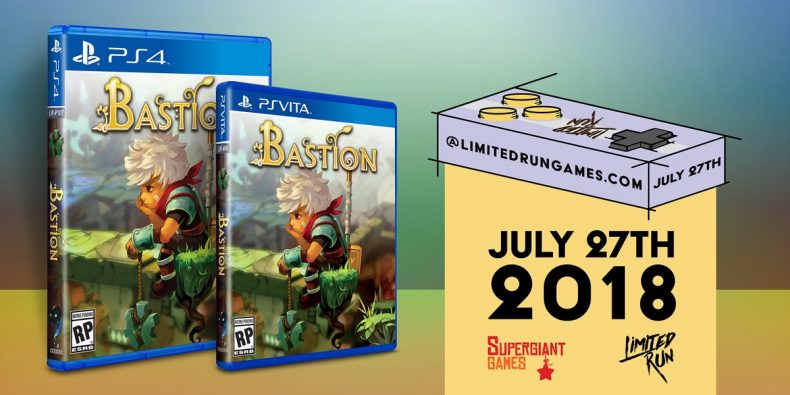 Bastion is Supergiant Games’ first release that debuted as an Xbox Live exclusive on Xbox 360. It has since been ported to PS4, PS Vita, and iOS among other platforms. Limited Run Games had been teasing it for a while now and only one person online managed to guess this correctly. The physical release will be on PS4 and PS Vita through an open pre-order that begins tomorrow at 3 PM and will go on until August 26. The physical release will include a full colour manual.

Bastion from Limited Run Games will be released on PS4 and PS Vita. The copies will ship in late September or early October.