previous
AOT 2 / Attack on Titan 2 is getting a big free update on August 9 for all platforms and here's what it includes
random
next
Megaton Rainfall is coming to Xbox One, Nintendo Switch, and more VR platforms beginning next month
0 comments 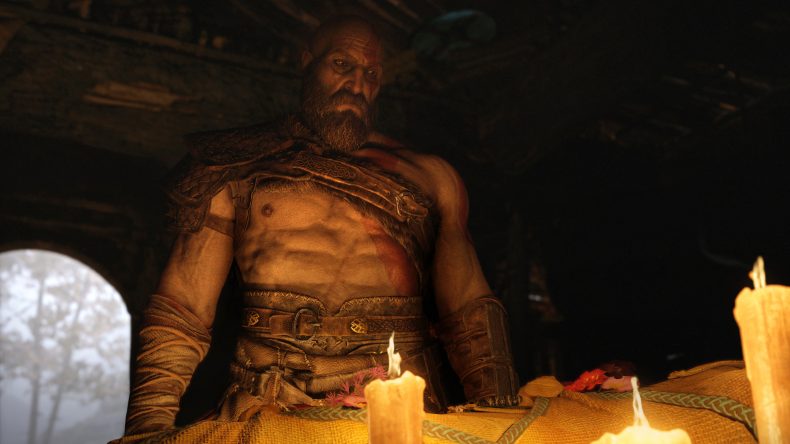 It’s never really happened before. That feeling when you go to pick up a controller, feel you should start playing something, but decide you don’t have it in you to dive in, acept instead of just the once or twice, I’ve been feeling this for well over a few months. It’s never been in me to that much of an extent, and ever since God of War I’ve been reluctant to play video games. It’s an odd sensation to have, especially when you play video games to escape the reality of paying bills and going to work, and to not want to play anything for such a long time has been an unsettling and unfamiliar experience.

Games have been a sanctuary, as they are for most people, but even the ones I love haven’t managed to comfort me. I know exactly why, though. God of War felt like the most perfect of video games, everything from they way you fight through Draugrs and Ogres to the gripping storyline, swallowed me whole and never spat me out. I was enraptured by it – in love with it, and from the moment it ended I was unable to find joy in anything else because of how perfect it was. After I finished it for review I got to see people all over Twitter share their love of it with screenshots and words of praise. I was incredibly happy for Santa Monica Studios and Cory Barlog, as well as the voice actors and animators behind it. The writer of its soundtrack, Bear McCreary was also being celebrated (and rightly so) for such a stunning orchestral victory, and everywhere I looked God of War was being celebrated. Of course, there were people out there that wanted to shit on its success by writing articles about how it shouldn’t be a 10 out of 10 game, and why there’s no diversity in games journalism when games are getting perfect scores across the board. The thing is, it was perfect, to me at least, and there had never been a game before that I’d never resonated so much with.

I remember the first moment whilst playing that I started to feel that feeling reviewers seldom get – the voice that says “this is going to be something special.” It was the second I learned how to throw the Leviathan Axe. Holy shit, you can throw it and recall it just like Thor’s Mjionir! It was so fluid to fight – so satisfying, and the way you unlock further powers around halfway through added to my fascination with the combat. The story was so compelling as well, not to mention the depth of the acting on show. Even though it was just a voice behind the cast, everyone portrayed such emotion – such dominance in their role that it was impossible not to be on the edge of your seat for the whole duration of the game.

And then there was that moment (SPOILERS AHEAD). When you realise you have to acknowledge your roots and stop hiding the person you truly are – to embrace your beginnings and not shy away from the things that make you what you become – well, that was the solidifying factor that this game was perfect. When you put on the chains and start to wield them against the crowd of Draugrs outside your cabin, you’re blessed with such a powerful display of storytelling through gameplay, and one that happened to move me to tears. Not through sadness, but the sheer happiness and euphoria of acknowledging that I am a Greek God and I will revisit the past to save my son despite the implications, and doing so with such conviction. It was such a well-directed scene, fighting through the snow with chains engulfed in fire, and feeling such a badass whilst doing it. I’ve played games since, but none have stirred the same feelings, and I think that is what I truly miss. I miss the awe of such grand adventures and the fun of playing a game that makes you feel so happy. It almost happened after Shadow of War, but thankfully I was back into games like Assassin’s Creed: Origins only weeks after so the break from game to game wasn’t long enough for me to dwell on it. It goes to show just how much power video games can have on us, and how that escapism is important to us. I’d like to that Cory Barlog for all his hard work creating something so wonderful, and to everyone else at Santa Monica Studios, your efforts have given me a unique and overwhelming experience I will cherish forever.

I know it won’t last forever. Games are a part of me and I’m not upset that I can’t pick up a controller and feel that same passion at this point in time – I just feel lost. We’ve been in a drought in terms of great games, and as soon as Madden drops I know I’ll be back on the wagon. God of War has affected some of my friends in a similar way, and despite the after affects I’ll never regret playing it. Over the years I’ve played many wonderful games and had plenty of joyful experiences I’ll cherish forever, but God of War sits firmly at the top.

Video games are cool. Don't let anybody tell you any different.
MORE LIKE THIS
God of WarSanta Monica Studios