previous
Spooky Squid Games will donate $1 for each purchase of Russian Subway Dogs during the release week to a dog rescue charity, launch trailer released
random
next
How Millennials Have Helped to Transform the World of Gaming
0 comments 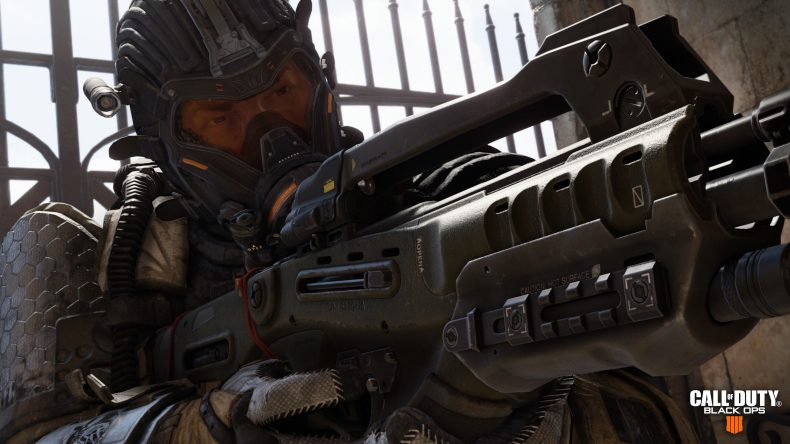 Unless you’ve been living under a rock for over a decade, you’ll probably know that Call of Duty is one of the biggest things on the planet. You’ll probably also know that Activision now tends to offer limited multiplayer betas as pre-order incentives for each new game in the series, and Call of Duty: Black Ops 4 is no exception.

Well, that beta is now live on PS4, for those with codes.

For those of you on Xbox One and PC, the second beta will take place the following weekend. This means that everyone with codes on all three formats can play from Friday 10th August, 6pm BST, until Monday 13th August, 6pm BST. The PC version will also have a completely open beta between August 11th-13th.

“The Call of Duty®: Black Ops 4 Private Multiplayer BETA features six maps, several game modes including the all-new Control mode, and the opportunity to play as ten different Specialists. The BETA content represents just a portion of the multiplayer content that will be available at launch on 12th October. In Black Ops 4, Specialists each have their own unique weapons, equipment and playstyles. Players can be powerful alone, or devastating as a team working together. The BETA also features the return of the iconic Pick 10 system, along with a series of innovations in weapon handling, combat flow and health regeneration. Players will have the opportunity to strategize with their team through tactical teamplay while discovering unique and powerful ways to combine Specialist skills and dominate their opponents.”

On top of this beta, there will be another during September to showcase the new Blackout mode. In case you missed it, this mode is Call of Duty’s first foray into the ever-growing Battle Royale genre.

Dan Bunting, co-studio head at Treyarch, had this to say about the Black Ops 4 beta:

“The team at the studio is dedicated to delivering the deepest and most rewarding multiplayer we’ve ever made, and we want community feedback to make the game’s launch the best it can be – we can’t wait for fans to jump in and let us know what they think.”

Are you going to be playing the beta? Let us know your thoughts.

Call of Duty: Black Ops 4 will release on October 12th for Xbox One, PlayStation 4 and PC.

MORE LIKE THIS
ActivisionCall of Dutycall of duty: black ops 4