previous
6 areas where the Resident Evil 2 remake has changed from the original
random
next
Check out the campaign map for Total War: Three Kingdoms in a new cinematic trailer
6 comments

Nintendo’s Smash Direct: what we saw & what we thought about it 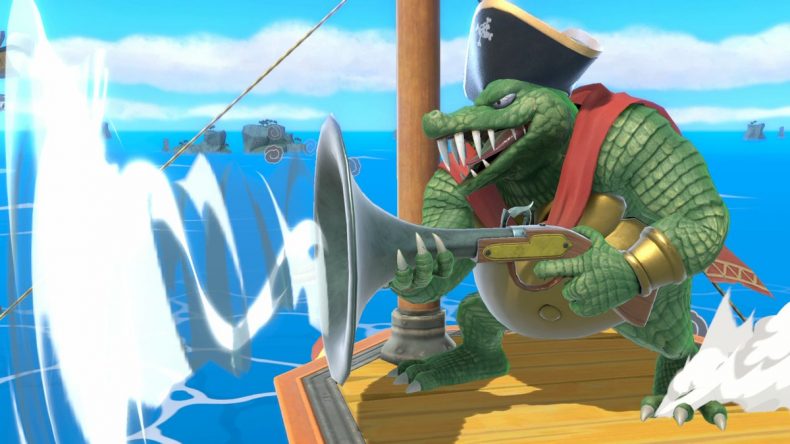 Now we’ve had a chance to digest Nintendo’s latest Direct video, this time focusing solely on upcoming brawler, Super Smash Bros. Ultimate, we thought we’d share our thoughts on what was announced. Also in case you’ve not had a chance to see the Direct in full, we’ve included a full recap below of the Direct itself.

In a Direct that was presented entirely by Director Masahiro Sakurai, our first reveal was actually shown before he began talking. Cue a cinematic of a haunted castle, which a mysterious figure enters. Cut to the inside and we see Luigi trying to tackle some ghosts but ends up running in fear away from a mummy and a medusa head. He then runs into a grim reaper type creature who promptly cuts him down with his scythe and then (for the purposes of the video only – calm down!) Luigi dies – his ghostly being separating from his physical body. And we thought we had a tough week, this week. To save the day (a bit belatedly from Luigi’s perspective I’m sure) comes the first surprise – that Simon Belmont from the Castlevania franchise is joining the Smash roster. And then whilst we’re treated to some in-game footage of Belmont in action, we move back into a cinematic whereby fellow Castlevania favourite Richter is also joining as an Echo Fighter to Simon.

It’s at this point we’re greeted to Sakurai, who’s understandably a little smug given those two announcements off the bat. He gives some more info on Belmont’s move-set and Final Smash before moving onto the reveal of the Dracula’s Castle stage. It’s a stage noted for its dim lighting and Castlevania boss monsters that will interact with players intermittently. Dracula himself was also revealed as a potential boss encounter that only triggers under certain as-yet-undisclosed conditions. To round off the Castlevania reveals, Alucard from Symphony of the Night is confirmed as an Assist Trophy.

Two more Echo Fighters were then unveiled in the form of Chrom from Fire Emblem: Awakening released on 3DS, who will be an Echo Fighter of Lucina, and Dark Samus from the Metroid Prime Trilogy as an Echo Fighter of Samus. We were then shown options for how to display and select Echo Fighters on the Character Select screen. Then Sakurai showed us a flurry of familiar stages from previous Super Smash Bros. games that will be appearing including stages from the Zelda, Pikmin and Pokemon franchises to name a few, culminating in the announcement of a brand new stage based on Super Mario Odyssey: New Donk City Hall. The stage comes complete with familiar city hall locale and even band members and mayor Pauline singing the titular song. It was then that Nintendo explained (for those not currently keeping count) that the stage roster for Super Smash Bros. Ultimate is now over 100, each one available in either their original form, or Battlefield and Omega arrangements too. And more importantly, they’ll all be available from the beginning of the game. Further reveals regarding stages were the option to turn off stage hazards, and also a new option to morph two different stages whilst playing, meaning that at regular or random intervals the stage will morph from one to the other throughout the fight.

Then the focus turned to music, with Sakurai announcing that My Music is back, allowing players to customise the music they hear for each stage, only this time removing the restrictions a little meaning on any stage from a particular franchise (like, say, Zelda) you can play any song from said franchise as an accompaniment. Discussion then turned to the sheer amount of music on offer; over 800 tracks culminating in over 28 hours of music back to back. You can even sort your favourite songs into playlists and play them on the go with headphones via your Switch whilst the screen is off.

A section on game rules followed mainly showcasing minor tweaks to the various modes. These include the fact that rules are selected first, then the stage and finally the fighters themselves, and the rules you set last time can be quickly reassigned for the next battle. Sudden Death mode now zooms in, making it even easier to knock opponents off-screen, and the Final Smash meters are displayed under your character icon, and once full can be used to unleash a weaker version of your fighter’s Final Smash. Squad Strikes in the form of 3v3 or 5v5 sequential battles were shown as were the return of tournaments for up to 32 players to get involved. A new mode, called Smashdown, where after each battle the characters used are frozen out and different ones must be selected was also demonstrated, requiring the ability to be good with multiple fighters. Training Mode allows you to practice your skills, and showcases launch distances of successful attacks to help plan combos, and Classic Mode returns as a single-player experience with each fighter having a pre-determined set of battles unique to them.

Items were next, with various different newcomers such as the banana gun which fires a single powerful shot and then leaves a skin on the floor for a foe to slip on, or the Killing Edge blade that becomes more powerful a weapon when it glows. In addition to this were reveals of new Pokemon that will appear from Pokeballs including Vulpix and Alolan Vulpix, shooting fire and ice respectively, as well as Ditto who will mimic the fighter that unleashes them. A quick montage of new Assist Trophies followed including Krystal from Starfox Adventures, Klaptrap from the Donkey Kong series and even Shovel Knight!

In a further surprising twist, Rathalos from the Monster Hunter franchise was revealed as a powerful Assist Trophy and another boss in the game. We also got a first look at the menu screen which showed a further hidden mode that is yet to be revealed. And that was it. Apart from the inevitable encore, and following a brief bait and switch move in a cinematic, Nintendo announced that fan favourite King K Rool would be joining the roster after all. What was the verdict?

All in all I felt it was a pretty strong Nintendo Direct.

The inclusion of the much-loved Castlevania series into the Super Smash Bros. fold is a very welcome addition, and the scale with which it has been done, with new fighters, a stage, music and assist trophies makes it feel like it has been treated with the respect the franchise deserves. The new stage in particular as well as the rare boss fight of Dracula looks very interesting, and definitely not a quick afterthought from Nintendo. It feels like a well established series in the game already, which is nice to see.

What wasn’t as nice to see was Nintendo’s further insistence of going into granular detail again. After the dedication to items and assist trophies in their E3 presentation, it felt like overkill to go into more detail on those on offer, and honestly even as someone fully invested in the Smash Direct, I found myself switching off at this point and feeling a little ambivalent to the announcements. Not because I don’t appreciate the effort that has gone in but because knowing this information is likely to have a minimal impact on my enjoyment of the game.

The one Assist Trophy announcement I did get excited about though was Rathalos! Not only is it great that Monster Hunter is getting more love on Nintendo machines worldwide generally, but he also looks an absolute beast and will be a game changer if you are lucky enough to pop him in the middle of a brawl. I also liked the look of the Morph stage option, and the training mode looked an interesting addition for those who really want to invest time learning combos and tactics with their chosen fighter.

Echo Fighters have existed in one guise or another since the Melee days, and with Nintendo overtly branding them this time around initially it felt like a cop-out, but as the roster grows to enormous level I’m appreciating them more and more as a way of including more fan favourite characters without having to reinvent the wheel with each one. Chrom and Dark Samus are both great examples of that and I’m sure I’ll be opting to play as both as the game comes out, maybe even more than the original versions. Perhaps more so than at the E3 reveal, this video felt more of a showcase by Nintendo of just how much blood, sweat and tears has gone into developing the game, and the way they chose to show that off was by citing the sheer scale of choice on offer. 100 stages is extraordinary, having over 300 when you consider the Battlefield and Omega options too is baffling. Couple that with 800 songs covering over 28 hours and you’ve got an enormous amount of content to sink your teeth into. Ultimate by name, and it’s becoming hard to argue against it being ultimate by nature too.

The My Music reveal was a personal highlight just because I often find myself listening to Super Smash Bros. tunes and therefore being in control of my favourites feels great. Another high point for me was the New Donk City stage reveal, not least because of the Super Mario Odyssey theme tune it played, evoking one of the best gaming moments of last year at the New Donk City Festival.

But my favourite was undoubtedly what Nintendo saved until last, the cheeky swines. It wasn’t Rex as I said it might be in my pre-Direct article, but King K Rool got a shout out so I’m taking that! He looks like a really interesting character to play as, and his moves are full of some great nods to Donkey Kong Country and Donkey Kong 64. After waiting for years, the King finally earns his place on the roster, and what a quirky, fun addition he looks to be.

So, yeah, overall, a pretty decent Direct with a fair amount of surprises, that will surely whet the appetite of those picking this game up in December. There were a couple of low points during item and trophy reveals, more of which I think at this stage is unnecessary. But the sheer amount of content is commendable which hopefully gives Super Smash Bros. Ultimate as much chance of appealing to the masses as previous titles have done.

What did you think to the Direct? Are you planning on getting Super Smash Bros. Ultimate in December or not? Let us know your thoughts in the comments below!