previous
Death Mark from Experience Inc. and Aksys Games gets a new trailer ahead of release later this month on PS4, PS Vita, and Nintendo Switch
random
next
Just Cause 4 story trailer released
0 comments 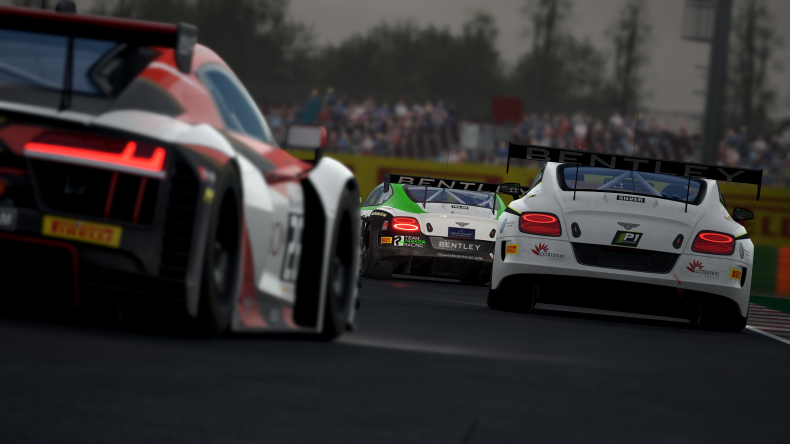 After Assetto Corsa’s success on consoles and PC this generation, Kunos Simulazioni and 505 Games decided to send a new beast out onto the track with the recent Steam Early Access release of Assetto Corsa Competizione, focusing on GT racing. Only on PC, the game has now seen its second update to include the Misano racetrack and a rather powerful Bentley Continental GT3 to race around it (as well as the other circuits included in the game, obviously). This new update also adds VR support for those of you lucky enough to own a powerful PC and a VR headset. The developer will continue to work on improving the VR support through player feedback, during the Early Access period. You can see a small amount of how VR looks in this new trailer:

It’s also worth noting that the price is due to increase in November.

Assetto Corsa Competizione is out now for PC via Steam Early Access.