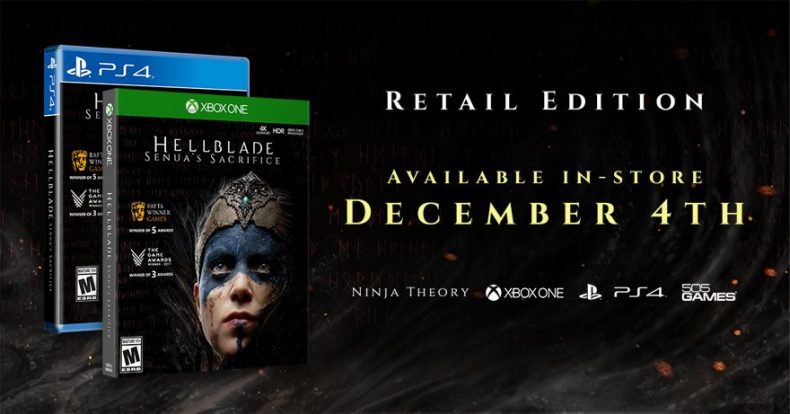 Award winning Hellblade is finally getting a physical release on both platforms.

I’m a big fan of buying games on disc and end up double and triple dipping on most indie games for packaged releases down the line. Hellblade seemed like something that was forever stuck in digital only hell with the Microsoft acquisition and with how rare indie and smaller games Xbox One retail releases. 505 Games is bringing Hellblade to retail on PS4 in December and thankfully, Microsoft is taking care of the Xbox One version for release on the same day.

Hellblade: Senua’s Sacrifice releases on December 4 for £24.99 on PlayStation 4 and Xbox One at retail. Read our review here.