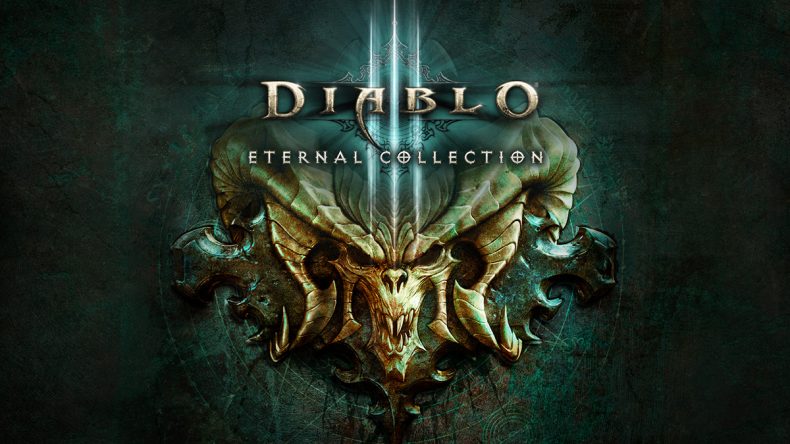 Diablo 3 isn’t a hard game, but there’s so much contained in the Eternal Collection that newcomers playing on Nintendo Switch could be easily overwhelmed by the various systems at play. While we aim to bring you more in-depth guides to the Classes, game modes and skill trees over the coming days, here’s a selection of handy tips to help you get started in the sinister world of Sanctuary.

Try all the classes

There are seven archetypes available from the get-go in Diablo 3: Barbarian, Demon-Hunter, Witch Doctor, WIzard, Monk, Necromancer, and Crusader. Each one brings something unique to the table.

The Barbarian and Monk, for example, are primarily melee fighters, though the Monk has a wide-range of mystical buffs. The Crusader is a holy warrior who hits hard but can regenerate health and buff their allies.

The Wizard and Demon Hunter employ devastating spells and wily traps, respectively, and both specialise in ranged combat; while the Necromancer and Witch Doctor are outwardly weak but can build an army of summoned creatures and use the environment to their advantage. It’s a good idea to play around with all of them before making your final choice. Level up in Adventure Mode

One thing that the Eternal Collection grants on Switch that the other versions didn’t is the ability to bypass the rather exhaustive Story Mode. If you’re a newcomer who wants to experience it, then by all means go for it, but you’re going to be some way shy of the level cap by the time you’re done and there’s so much more fun to be had in Adventure Mode.

It’s in this mode that you’ll complete bounties, which are bite-sized snippets of the campaign, for massive rewards of both XP and loot. You can aim for difficulties higher than your level to further increase the payday, too.

It’s entirely possible to reach level 70 with as much time spent in Adventure Mode as it would take to finish the campaign – if you’re good enough, that is. While the classes present fairly rigid archetypes in terms of their skills and weapons, Diablo 3 offers a great many ways to tweak your builds.

All active skills can be modified, switching up the elemental damage buff type or duration, while at higher levels you’ll have enough passive skill slots to mitigate most stat losses you suffer due to gear deficiencies.

The Wizard in particular is highly customisable, allowing you to spec for specific elemental damage, while the Crusader can become a powerful support healer if you play most often with friends. Don’t be afraid to experiment – no skill choices are permanent. And remember, spec for the situation; if you’re playing with others, aim to be the missing piece the group needs. If you’ve got a dps-heavy group another Demon Hunter isn’t going to be as much use as, say, a Summoner or Healer.

Ah, the Treasure Goblin… The cackling little sod has such humble beginnings. He used to appear randomly, skittering around the map with a bulging sack of loot. The more you hit him, the more he dropped and eventually you’d either kill him and earn his bounty or he’d escape through one of his little portals.

However, thanks to Blizzard’s continued support for Diablo 3, there are now several variations of Goblin to chase down when they appear. Some drop only gold, others Blood Shards (which you’ll use to gamble with), some carry precious legendary gear and others, even more elusive, can leave a portal behind when they die that leads into their world.

Either way, they’re always worth pummelling to death when you see them.

Haedrig the smith and Shen the jeweller are NPC allies you’ll meet early on in the campaign but who are available from the get-go in Adventure Mode.

Haedrig can craft Rare weapons, armour and trinkets all the way up to level 70, or craft legendary or set items from recipes. You’ll need to level him up periodically, which isn’t cheap, but is utterly worth it. He’ll also dismantle items into components and repair your gear.

Shen, on the other hand, will combine your gems into more powerful versions or remove stones you’ve socketed. Later he can craft new, unique gems from special recipes. He levels the same as Haedrig, so get spending.

Don’t be afraid to spend

That said, spend as much as you like on upgrades and items. On harder difficulties and at higher levels, money pours in, and you can always, always earn more.

Keep in mind though that it’s almost never worth it to buy gear from vendors. By all means let Haedrig roll you a weapon or armour piece for the random perks, but most vendors sell trash you don’t need. It rains loot in Diablo 3, so be patient.

And don’t bother saving up for a specific item you see: vendors restock every time you leave town. There are three Followers in Diablo 3: The Templar, Kormac; the Rogue, Lyndon; and the Enchantress, Eirena. Each is designed to compliment a certain playstyle.

Kormac is a heavy hitter who can buff and heal you, and you can outfit him with a one-handed weapon and a shield. Ideally, you should spec him for high Vitality and Strength and give him a healing skill, then pair him with one of the squishier classes like the Demon Hunter, Wizard or Witch Doctor. He’s great at pulling aggro while you lay down dps from a distance.

Lindon on the other hand is a ranged fighter with a variety of debuffs such as stun and blind. Ramp his Dexterity up and throw him into the mix with the primary melee classes like the Barbarian or Monk and he’ll provide cover fire and support while you lay on the damage.

And finally, Eirena is a spell-caster who requires high Intelligence but who has a variety of devastating attacks. She works well as support for a the classes, but is more useful when paired with the tankier builds like Barbarian and Crusader. They can all be levelled up, and will change in appearance twice. By the time you’re level 60 they’ll be more than able to deflect threat away from you or provide aid in a pinch. Be sure to assign their skills to suit your style, and don’t neglect their gear. Wander off the beaten track

The maps in Diablo 3 are quite large and procedurally generated, meaning they’ll change layout and contain different mini dungeons, events, bosses, chest locations, NPCs and enemies each time you load into them.

It’s almost always worth rinsing a map and it’s dungeons and events for XP and loot. Legendary or Set items can drop from any random mob or chest, and ther are secrets hidden all over the world. Explore the map, clear out that Fog of War, and you’ll see the benefits. Green-coloured items are set items that provide bonuses when 2, 3 or more pieces of gear with the same name are equipped. Some sets comprise the entire body, others might be a pair of blades, a sword and shield, a collection of rings. It’s always worth stashing them when you find them, even if they’re not for your class, as all your characters have access to the Stash.

Also, special Set Dungeons offer unique rewards if you complete them while wearing a given Set.

Important but expensive, your Stash is super essential. Every character on your account in a certain type has access to the Stash (Hardcore and Seasonal character pools have their own Stashes, for example).

Although crafting materials no longer take up space, by the time you’ve run two or three characters to level 70, your Stash is likely to be pretty full of Set items, unique gear, gems and quest items that you want to keep.

It’s costly to upgrade but worth doing periodically to keep hold of stuff – especially if you’re twinking multiple characters (that is, levelling them up using advanced gear earned by one of your end-game characters) and need the quick boosts to their efficiency. As with all good RPGs, in Diablo 3 half of doing good is looking good. Because you’re constantly swapping out gear (even after hitting the cap, gear continues to drop with incremental bonuses and random attributes), you’ll sometimes end up in a god-awful arrangement of armour that simply will not do.

Luckily, there are ways to remedy a bad armour day. Vendors sell various dyes to apply a uniform hue to your gear, or the Mystic (a crafting NPC) will allow you to transmogrify your gear for a hefty price. Unique items often unlock new options too.

Additionally, cosmetic items like wings, pets and banners (which you earn in-game as rare drops and seasonal rewards) add another suite of customisation options. Always look your best when vanquishing Evil.

Senior Content Editor Mick has been playing games for over 30 years and writing about them for around 12. After drifting from site to site for a while, settling briefly at the now-defunct Made2Game and freelancing for the gone-but-not-forgotten NintendoGamer Magazine, he came at last to rest at Godisageek. Mick has been a reviewer, staff writer and content editor here for some time, while also moonlighting a little for Red Bull Games. He has 4 kids, has written 2 novels, and sometimes even manages to pay a bill or two. You'll usually find him defending the galaxy in Destiny 2, battling evil in Diablo 3, or lurking in the background on Twitter. Find him there @Jedi_Beats_Tank, or on XBL (JediWaster247), PSN (Jedi_Waster) or Nintendo (JediWaster).
MORE LIKE THIS
blizzarddiablo iii: eternal collectionnintendo