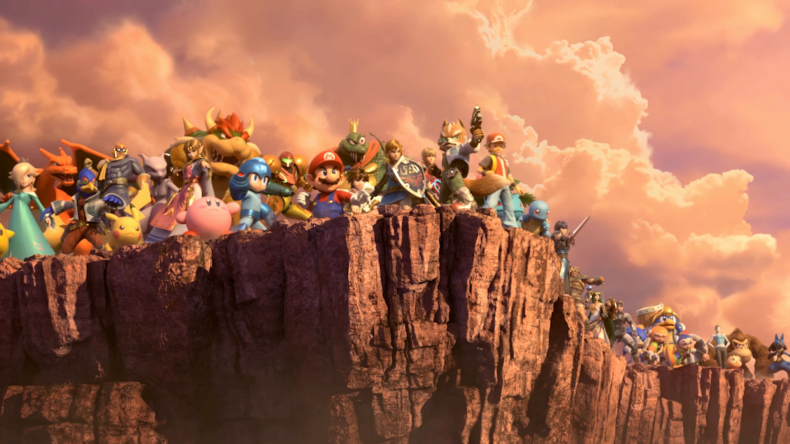 Well, hasn’t this year been a bit good for games? Almost too good, to the point where I haven’t had a chance to start some of the big guns at all yet because so many titles have been competing for my time. So this list might be different from the others, but hey variety is the spice of life and all that, so let’s run down my top 5 games from my rookie year at God is a Geek. Sure, it doesn’t have the classic, gruff ring to it like Christian Bale’s Dark Knight, but it perfectly encapsulates why Marvel’s Spider-Man is one of my favourite titles this year. Spider-Man has always been about seamless and flexible movement, as well as fluid and engaging action all alongside lovable characters and some childish quips and humour. Delivering all of these creates an overall package that was a joy to play.

A lot has been said of the movement, and it’s true this is by far the funnest game I’ve played in years to simply move about in. Fetch quests or mission markers half-way across town instantly become highlights because the traversal is an excellent blend of accessibility and satisfying execution. Swinging is fun in general, but if you combo some swings, grabs and boosts together without losing momentum, it’s hard to not feel like Peter Parker for real, and have a smug smile behind that spider mask.

When you add that to a story that has some decent moments, some memorable encounters and some funny one-liners, you have a game that sets a decent pace, but still manages to reward you for venturing off on a side mission or collectable because it’s so damn fun getting there. It isn’t a perfect game, but shooting my web around New York were some of the best moments of the year. Growing alongside a game is always a rewarding experience. Feeling like you’re learning and getting stronger and better as time passes is a very engaging thing, and it’s why lots of us enjoy banging our head against the metaphorical walls that are the Souls games, because we know that learning and finally overcoming a challenge or boss feels great. Now imagine those bosses take 45 minutes to beat, and maybe they have wings and can breath fire. Imagine a simpler online experience to party up with friends, and imagine you have a pet cat you can take along as well. That my friends is Monster Hunter World.

Whilst Monster Hunter World functions perfectly well as a single-player experience, it is with its online multiplayer where it truly excels as both an engaging and rewarding setting to team up and beat the living daylights out of humongous beasts. But as well as that, the camaraderie that the game endorses shines through, as you help each other by healing and buffing mid-battle or simply by sharing tips, tricks and discoveries over voice chat. It’s a game that thrives on collaboration, and when the result is a big dead thing and a load of tasty loot, what could be better?

There’s been so many hours spent in this game with friends, and I’ve even made friends whilst playing, cementing relationships I hope last long into the future, all whilst battling a reptilian behemoth. It was a game the captured the imagination of millions at the start of the year, and with no signs of development support for the game slowing down, I look forward to seeing what it throws up in 2019. There are some games that you can just relate to, those that come along at the right time in your life, that they resonate on a more personal level than they otherwise would, and that is exactly what happened to me with Yakuza 6. Stand down everyone, I didn’t join a mob this year, or think it was OK to start hitting people with motorbikes in the street. No, towards the end of last year, I became a father for the first time, and as a result found myself heavily invested in Yakuza 6’s tale of fatherhood and responsibility, changing nappies in game, and in real-life in unison.

The way it dealt with the themes of parenting by weaving them into the gameplay, and the emotional story beats was exceptional, and I was hooked throughout. The ending of the game also deserves special mention as my personal best ending of the year, pulling at my heartstrings and making me smile in equal measure.

The Song of Life was my first venture into the Yakuza series, which I know is daft, especially considering friends have been badgering me for years to try it. But boy, am I glad to admit everyone was right, I’m in love with this series now, and have since plunged into Yakuza 0, and look forward to trying out the Kiwamis when time allows next year. Because it turns out a red shirt and white suit combo never goes out of fashion, especially when you’re knocking all and sundry senseless with a nearby bin. Sensing a dad theme are we? It’s true that one of the reasons I enjoyed this game so much was because of the interactions between Kratos and Atreus.Both through their well-written dialogue and believable actions, these were characters you became invested in and rooted for throughout their journey of emotional discovery. When they argued, you felt it, when they worked together, you loved it, and that’s rare for me, especially given I’ve only dabbled in the series before now.

But on top of the narrative and the character interactions were gameplay elements that were so well designed and implemented that you really enjoyed the parts in between the story too. Throwing your axe and retrieving it like a bald Thor will never get old, and later weapon unlocks just add to the feeling that you’re well, a fucking god. Skill tree unlocks actually open up new ideas and combo opportunities that you’ll want to try out, rather than simple mundane stat upgrades, meaning you’ll flex the way you play as the game progresses.

And dotted amongst all of this were some stand-out moments that just stay with you. Whether it be the first boss that is quick, impactful and emotional, to when you first lay the smackdown to a ruddy dragon, God of War pleases you from start to finish. And the ending, more than most made me crave the next game in the series, so that I can spend more time in the world, with it’s characters and enjoy whatever comes next. In a year that felt dominated by single-player epic story-telling, Super Smash Bros. Ultimate came along at the end of the year just in time. I deliberated for a while about the order of my top two games this year, and whilst all the games on this list I actively looked forward to playing after mundane periods at work, Super Smash Bros. Ultimate is the only one where I’ve actively tried to cram as many minutes of it into every day that I can. Downtime in between online FIFA matches? Well I’ll just do a battle in World of Light mode. Is my wife still getting ready for work upstairs, whereas I’m ready to go? The perfect time for bashing through Classic Mode with another character.

And whilst this may sound like the mad ramblings of the Nintendo fanboy I clearly am, I also argue that often makes me their biggest critic. I demand the best from Nintendo, and sometime they fall short of the mark, in fact I was left decidedly lukewarm on the previous Smash Bros. game, and up until launch I had fears this would be more of the same. I couldn’t have been more wrong thankfully, as Super Smash Bros. is the best the series has ever been.

With a incredibly big single-player mode in World of Light, a new in-depth Spirit mechanic, the largest character roster and stage selection ever and multiplayer modes that are so jammed full of tweaks and options, there really is a lot here for everyone to get their teeth into. It plays like a dream, feels balanced and is also glorious to look at both in handheld or via a TV. And really, Ultimate isn’t just a game, but a celebration of 35 years of Nintendo gaming, from the household names all the way to the obscure, and everything in between. It does every moment justice with a fun, frantic, addictive package that is a gorgeous celebration of the hobby we all know and love.