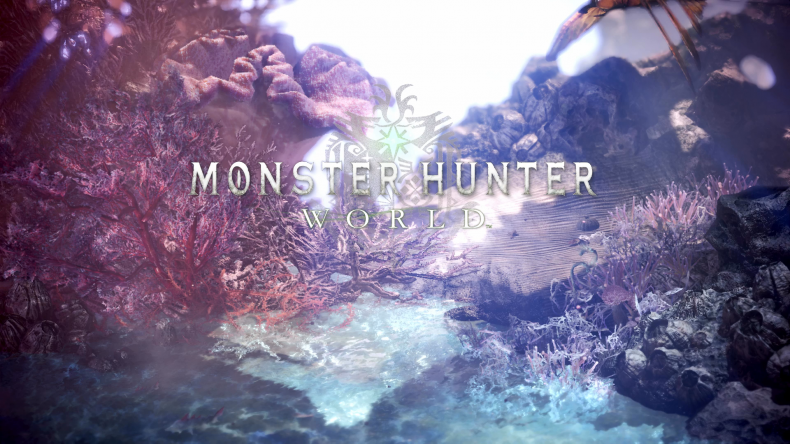 It had been a long day of hunting. We’d spent the best part of the day, my Palico and I, tracking our target, the fearsome Anjanath that had been terrorising our New World colony. As a hunter of the Fifth Fleet it is my job to make sure everyone is kept safe, so our research can continue, and knowing this I carry on, fighting the slight onset of fatigue. A fierce roar brings my senses back into focus, I know that cry, we’ve found it, my hairs stand on end as I lay eyes on our ferocious target. I unsheathe my dual swords and prepare for battle.

The fight is longer and more arduous than I had hoped, and my stock of medicinal potions are running dangerously low. I can see my Palico is flagging as well, although as per usual, he remains upbeat and determined for my benefit. I go in for another exchange, my blades catching the light of the now low-lying sun. But my foe seems to sense my attack – maybe my exhaustion is making me predictable – and manages to dodge and unleashes a mouthful of flame, which catches the hairs on my arm as I stumble to jump out of the way. Now I’m on my back with a face-full of dinosaur, fearing the worst, wincing at my arm. But, just in that moment something felt odd, a shadow where there shouldn’t be one, moving too fast for a cloud.

My mind struggled to keep up with the next few seconds; my enemy sprouted large wings, and extra talons along its underbelly, before becoming far smaller as it moved away from me. Connecting the dots, I spy the Rathalos which has taken flight with its prey, and realise I need to move, now! Having barely rolled away from my spot, the Anjanath comes crashing to the ground, shaking the earth, and looking decidedly worse for wear. The Rathalos towering above, asserts its authority with an impressive outstretched wingspan and guttural roar. My target slowly rises, and sensing defeat, hobbles to the undergrowth, eyeing an exit through some overgrown vines. The Rathalos, unable to follow, and seemingly satisfied in its superiority flaps its powerful wings, and rises upwards out of the grove. Far quicker than expected, I’m alone with my Palico. We look at each other, and then to the vines, and smile, today will be a victorious day after all. It may be a little self-indulgent to begin with such a dramatic opening, but for me it’s perfectly indicative of why Monster Hunter World is such a joy to play. It is a game about stories, about experiences, and sharing those with friends and fellow hunters. But we weren’t always sure this was going to be the case. Being the first time a game in the series was simultaneously launching not only across multiple platforms but also worldwide at the same time, it had a lot to live up to. Would it do enough to placate the loyal fanbase, whilst at the same time be accessible and enjoyable enough for those who have never taken the plunge before. The answer was a pleasantly surprising, and resounding yes from both camps, as more people than ever before dived into Capcom’s action RPG at the turn of the year, and regretted nothing.

World’s biggest achievement is just that, the world within which you hunt. The central hub village that is the start of each adventure is constantly alive, teeming with fellow hunters, researchers or local tradespeople looking to make some money. There’s the chef cooking up gourmet meals in his restaurant overlooking the bay, or the blacksmith working the spoils of your last victory into your next piece of armour of ferocious weapon of war. And amidst the hustle and bustle, there’s always a quiet spot for you to rest your head and regain your strength before your next adventure. It all feels so alive, with people coming and going, the village always expanding with your progress, and that’s all before you step outside into the wild.

You realise pretty quickly, whether you’re travelling to lush jungles, barren wastelands or deep, cavernous pits that these locations have an astonishing attention to detail, both in terms of visual design, but also how the world adapts and interacts with itself. Each area will have its own unique ecosystem, which will change depending on which monsters are currently roaming free. The food chain is brought into stark focus, not least when carnivorous monsters feast on their innocuous herbivore counterparts, or more dramatically when more than one carnivore go toe-to-toe in an all-out turf war. You’ll see weaker monsters flee from danger and hide, whilst others take on more than they can chew. The world is alive, and unique and different every time you play.

Love the ecosystem in #MonsterHunterWorld
Watch how the Jagras spy this fight between a Rathalos and Bazelgeuse from safety in the trees. pic.twitter.com/NjiQcYaAds

The result is the oft-desired “water-cooler” effect where hunters will share their own experiences of what has happened in the World’s environment right before their very eyes, and this served to bring people together. You’d have veterans of the series and newcomers alike sharing their enjoyment and awe at the living and breathing world spread out before them, and it only served to temper their enthusiasm to carry on, see more of it, discover something new. And the best part was, you knew there was always something you’d come across.

But this broad appeal didn’t happen by accident. No, the masterstroke by Capcom was to make this behemoth of a title accessible to all by stripping back the experience in some areas and packing other aspects full to the brim. The inclusion of scoutflies gave a helping hand to new hunters by helping them find their way in uncharted territory, as well as supporting veterans of the series in getting used to an expansive, detailed map that wasn’t split off into sections, separated by short loading screens. And by keeping a lot of the detailed mechanics in terms of inventory management, weapon and armour crafting and meals still in place, those used to the series would feel right at home, whilst newer players always had something to aim for, something to keep them coming back.

And come back we did, in droves. There were numerous nights where members of the GodisaGeek team would party up to tackle the monstrous foe of the moment, helping each other with advice they’d garnered individually, so that together they could overcome their adversary. And after a mammoth battle, taking more minutes than we’d care to remember, and irrespective of whether we’d been victorious, or been shamefully beaten right at the last moment, we had numerous stories to tell. And we’d be prepared to do it all again both for the thrill of the hunt, and the spoils that came with it. So, Monster Hunter World brought us closer together, whether in camaraderie in the midst of an epic battle, or managing to bridge the gap between new players and seasoned hunters. It encouraged conversation and cooperation, and instilled a warm feeling of companionship and achievement, more so than any of us every really expected. It’s therefore fully deserving of its GOTY award because not only was it a surprise, but it was a welcome one, a truly nice surprise. Those hours spent in its world were some of the most memorable and fulfilling I’ve had this year, to the point where as I’m writing this, I’m compelled to start the game up again and jump right back in. Perhaps I’ll see you there, and we can make more stories and memories together.