previous
God Eater 3 free action demo (time limited) announced for PS4, will be playable from January 11 until January 13
random
next
Telltale's The Walking Dead The Final Season will conclude on PC via the Epic Games Store, Epic helped bring the original team together
0 comments 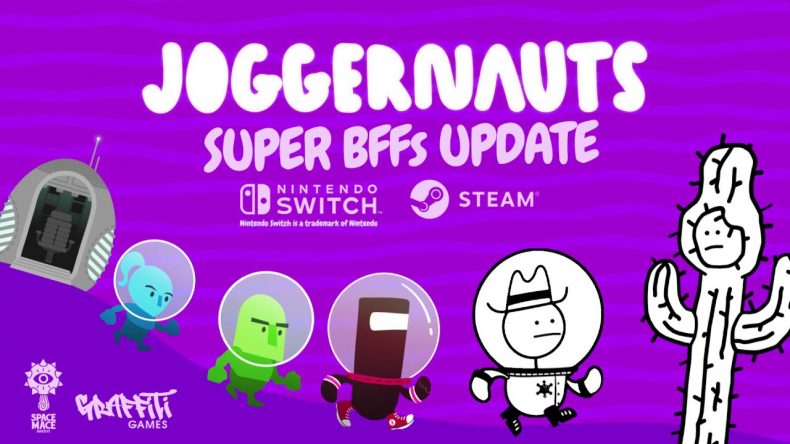 Space Mace and Graffiti Games have released an update for their crazy autorunning party platformer Joggernauts. The game which is out on PC, Mac and Nintendo Switch will now have a few additional characters and levels for players to enjoy.

Check out the official details of the new characters below:

To coincide with the launch a new trailer has been released showing the new characters in action. Check it out below:

Included in the update is also some updates to game’s menus as well as tweaks to the difficulty settings to make it slightly more accessible.

Joggernauts is out now on PC, Mac and Nintendo Switch