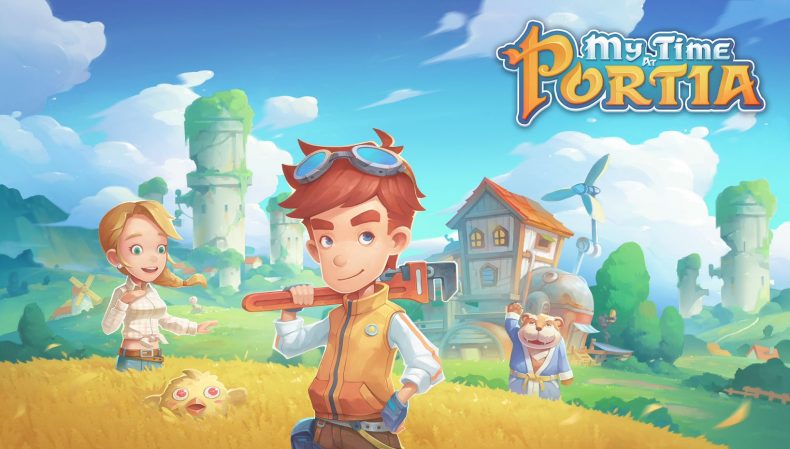 Team17 and Pathea games have revealed that their sandbox simulation title My Time at Portia will get its full PC release on January 15, 2019. The game has been in Steam Early Access for nearly a year, whilst tweaks and fixes have been made to the finished product. The game will also be coming to consoles, with releases on PS4, Xbox One and Nintendo Switch planned for Spring 2019.

Check out the official blurb below to read more about what My Time at Portia has in store:

Arriving in the enchanting town of Portia, you’ll be able to start a new life and set to work restoring your Pa’s neglected workshop to its former glory. Armed with your Pa’s workshop handbook and workbench, you must gather, mine and craft your way to being crowned the number one workshop in the whole of Portia!

Besides crafting and building there’s plenty more to do and discover in Portia including growing crops, raising animals, befriending the towns quirky inhabitants and uncovering the mysteries this charming post-apocalyptic land has forgotten.

We will have a review of the game for you nearer release date, so keep your eyes peeled for that. In the mean time, take a look at the launch trailer below:

My Time at Portia is available now in Steam Early Access and has a full PC release on January 15, 2019. The game will also release on PS4, Xbox One and Nintendo Switch in Spring 2019.

In the meantime, we previewed the early access version on PC, which you can watch below:

News, Trailers
My Time At PortiaPatheaTeam17