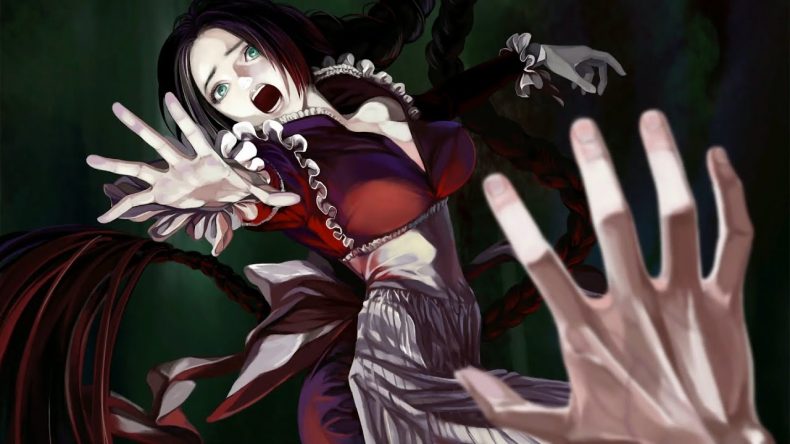 While 2018 didn’t live up to 2017 in terms of game releases, it had some great games. 2019 on the other hand has been just as great as 2017 was. There have been great releases across all systems and which so many good games, some games sadly slip under the radar. This happens for many reasons and hopefully this post will get you to try out some of the best games this year that you might have missed out on.

My Time at Portia While this was on PC earlier, My Time at Portia by Pathea Games and Team17 hit consoles early this year. I reviewed the Nintendo Switch version and while I loved the actual game, the port wasn’t great. Thankfully, My Time at Portia is in a much better state on PS4 and Xbox One. I’ve put in nearly 100 hours into the game across Xbox One and Switch. In a lot of ways, it felt like Stardew Valley transitioned to 3D with a few changes. It has more of a focus on crafting but gets so much right. If you’ve ever wanted to check out a new game like Stardew Valley or Animal Crossing, this is it. My Time at Portia is available on PS4, Xbox one, Nintendo Switch, and PC. Risk of Rain 2 hit PC early access on Steam earlier this year and finally arrived on consoles as well. The original Risk of Rain is one of my favourite indie games of all time (Chris Christodoulou’s soundtrack helped a lot) and I was cautiously optimistic about the move to 3D for the sequel. Even in its early access incarnation, Risk of Rain 2 is fantastic. I play it daily on basically anything. It is one of the few indie games I’ve bought on every single system. While the PC version is ahead when it comes to content, the consoles are updated regularly bringing in new features and content. Even though it isn’t “feature complete”, Risk of Rain 2 offers more quality content than most games for half the price. It is well on its way to become one of my favourite indie games in years. Risk of Rain 2 is available on PS4, Xbox One, Nintendo Switch, and PC.

The House in Fata Morgana: Dreams of the Revenants Edition I’m not really a fan of playing visual novels on anything that isn’t portable, and that has stopped me from experiencing some of the best games in the genre. Earlier this year, Limited Run Games and Novectacle brought The House in Fata Morgana to PS4 and PS Vita with all the content available on PC including additional stories and exclusive content never released in English before. The PlayStation version also has high resolution art and doesn’t look bad on modern displays. I reviewed it earlier this year and it is one of the best stories in gaming that you probably have not heard of. If you are a fan of mystery and great storytelling, Novectacle’s masterpiece is something you need to experience. The House in Fata Morgana: Dreams of the Revenants Edition is available on PS4 and PS Vita (in North America only, sadly) Death Mark from Experience Inc. and Aksys Games is one of the better horror games this generation. Spirit Hunter: NG is a follow up that can be experienced (sorry) standalone. The Spirit Hunter series now includes both Death Mark and NG. While Resident Evil 2 is no doubt the highlight of the year for horror enthusiasts, Spirit Hunter: NG does a lot right and is worth playing. It does a great job in exposing horror from everyday situations and Fumiya Sumio’s character art is exceptional. Spirit Hunter: NG is available on PS4, PS Vita, Nintendo Switch, and PC. It feels a bit weird to include Ace Combat 7 here considering it is a multiplatform release from a huge publisher but here we are. When most people look at the games that released in a specific year, the ones that release in the first quarter are often forgotten for many reasons. Ace Combat 7 blew me away when I played the campaign. This is my first Ace Combat game and I’m glad to have gotten into this and then played through Ace Combat 5 on PS4 and started Ace Combat 6 on Xbox One through Backward Compatibility because this is one franchise I regret not playing earlier. Ace Combat 7 has a memorable story, beyond amazing music, mostly great mission design, and just is a joy to play. The only real flaw is that a few of the campaign missions are really annoying and the checkpoint system isn’t great. Ace Combat 7: Skies Unknown is available on PS4, Xbox One, and PC. AI: The Somnium Files from Spike Chunsoft is an adventure game directed by Kotaro Uchikoshi who is responsible for the Zero Escape Series. It was released on PS4, Nintendo Switch, and PC a few months ago and I’ve slowly been making progress into it. You play as Kaname Date who is a detective investigating branching paths with multiple endings that range from a bit predictible to shocking. This game often feels like a modern and more mature take on detective games and Spike Chunsoft went above and beyond with a full English voice track option in addition to the Japanese one. I haven’t completed every single ending but what I have played makes me feel like this will end up becoming my favourite detective game ever.

Square-Enix finally brings over Saga: Scarlet Grace which was a PS Vita exclusive in Japan to the West as SaGa: Scarlet Grace – Ambitions for PS4, Nintendo Switch, iOS, Android, and PC. For a lot of people, the SaGa franchise is too daunting with how open and confusing it can be for those unfamiliar with old school JRPGs. SaGa: Scarlet Grace – Ambitions is the best intro to the SaGa series and one of the most interesting RPGs in the last few years. You have multiple protagonists, superlative music, fantastic localisation, and more packed together in a single JRPG that has loads of replay value. I’ve been playing this ever since it was released on multiple systems and it is something I hope every RPG fan considers looking into because too few people are experiencing this right now.

The Liar Princess and the Blind Prince I’ve always been a huge fan of the smaller titles developed by NIS in Japan. Games like Yomawari: Night Alone and The Firefly Diary are flawed but memorable experiences. The Liar Princess and the Blind Prince tells the tale of a prince and wolf. The prince adores the wolf’s voice but doesn’t actually know that it is a wolf doing the singing. After an unfortunate accident, the prince is blinded and this is where the story begins. The Liar Princess and the Blind Prince is an adventure game with basic puzzles but it really shines because of the audio and visual design. It feels like a storytale brought to life with very charming artwork and a nice story. I’d say this is one of the better NIS titles in recent years. The Liar Princess and the Blind Prince is available on PS4 and Nintendo Switch. Originally released on iOS and Android as a free to play game, Dandy Dungeon made its way to Switch and then PC this year in the West as a premium release. I got into Onion Games through Million Onion Hotel on iOS but Dandy Dungeon is just a breath of fresh air. Yamada is a middle aged man who doesn’t like his day job. He starts developing a game at home and the gameplay involves Yamada getting into hilarious events while testing his game. As expected, it has quirky visuals and music but is a very well designed game. It is one of my favourite indie games on Switch already. Dandy Dungeon: Legend of Brave Yamada is available on PC and Switch.