previous
Katana Zero will make you feel like a bad-ass ninja
random
next
Q.U.B.E. 2 coming to Nintendo Switch this month
0 comments 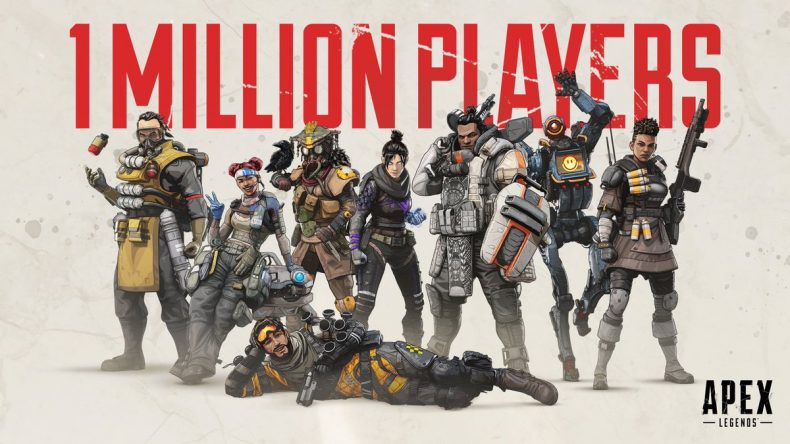 Apex Legends has been out less than 24 hours and Respawn have already reported that they have hit 1 million unique players within the first eight hours of launch.

Thank you so much for showing up and being part of this with @Respawn you are amazing!! pic.twitter.com/lvNgfwwKhl

Apex Legends was a surprise launch by the Titanfall development team and is their take on the popular Battle Royale mode with Hero Shooter elements set within the Titanfall Universe. It is completely free-to-play with options to purchase cosmetic items.

Likes to shoot stuff and wear pretty shoes. Is a BEAST at Titanfall.
MORE LIKE THIS
Apex LegendsRespawn EntertainmentVince Zampella