previous
Geralt of Rivia Joins The Hunt In Monster Hunter: World
random
next
Thanks to Xbox Game Pass, I finally bought a Microsoft console
0 comments 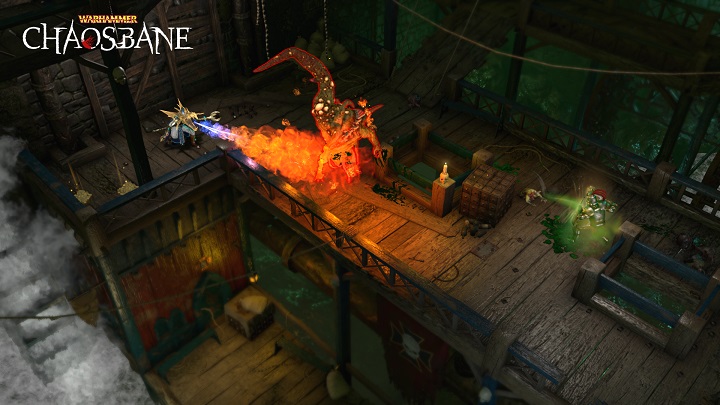 Warhammer: Chaosbane, the Diablo alike from Eko software and Bigben Interactive gets a major pre-release info frop ahead of its June 4 release.

There will be two closed betas – only people who have pre-ordered the game will be able to access – the first beta will take place in March and the second one in April. Additionally anyone who pre-orders will get an experience bonus for their character’s progression and four legendary crates.

The game will release on June 4, but anyone who pre-orders the Deluxe or Magnus edition will be able to play the game four days earlier on May 31. Pre-orders are up now on PC and Xbox One, while PS4 owners can pre-order from tomorrow; while you’re waiting for that have a look at the trailer below.

A lover, not a fighter and an all round good guy (he would say that, he wrote this after all), he's happy to be here as part of GIAG.
MORE LIKE THIS
Bigben InteractiveEko Softwaregames workshopPC