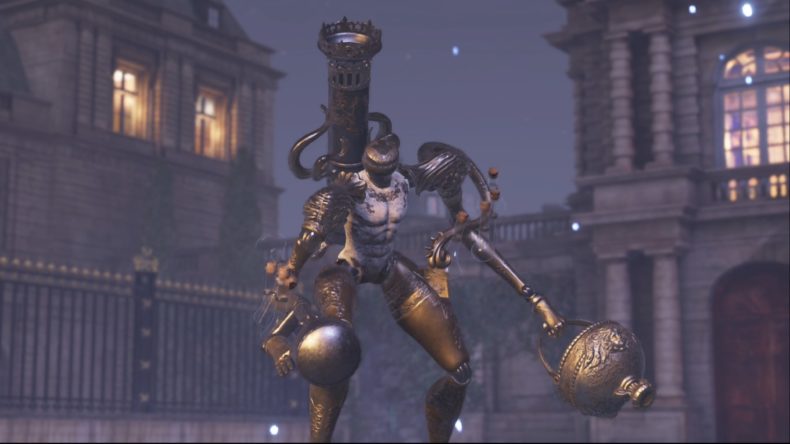 While all Soulslikes have an element of back-tracking and key-finding, Steelrising is more a Metroidvania than most and from the opening area you’ll start seeing grapple points, breakable walls, and gaps you’ve no way to get across… yet. As you progress in Steelrising, you’ll unlock a new tool to help you get past breakable walls and that is the Alchemist’s Ram flying kick.

Steelrising | Where do you find the tool to destroy breakable walls?

As with the other traversal moves, the Alchemist’s Ram kick is awarded after Aegis kills a Titan. This one is the Alchemist of Luxembourg and is found in the Luxembourg area, the fourth main environment in Steelrising. The boss is quite a challenge, mixing fast and powerful moves with a variety of ranged, explosive, and alchemical attacks to close distance on you and deal area of effect damage. 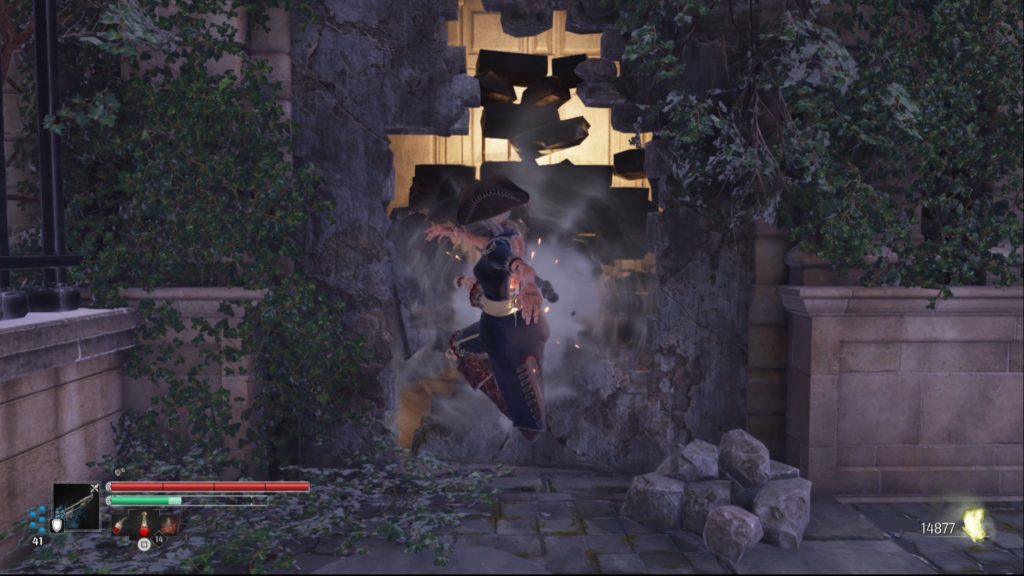 Steelrising | What are breakable walls?

From the beginning of Steelrising you’ll have seen gates and breakable walls with rusted green locks on them. Upon examination, they’ll tell you that you need a tool to remove them – and this is that tool. You can only use the Ram when you are locked on to an enemy or when you’re before a breakable wall. Hitting an enemy with it causes Flame damage and ignites the target.

Can I upgrade the Alchemist’s Ram?

No. Once Aegis has learned this move, it’s always available and always acts in the same way. You can neither upgrade it nor remove it. 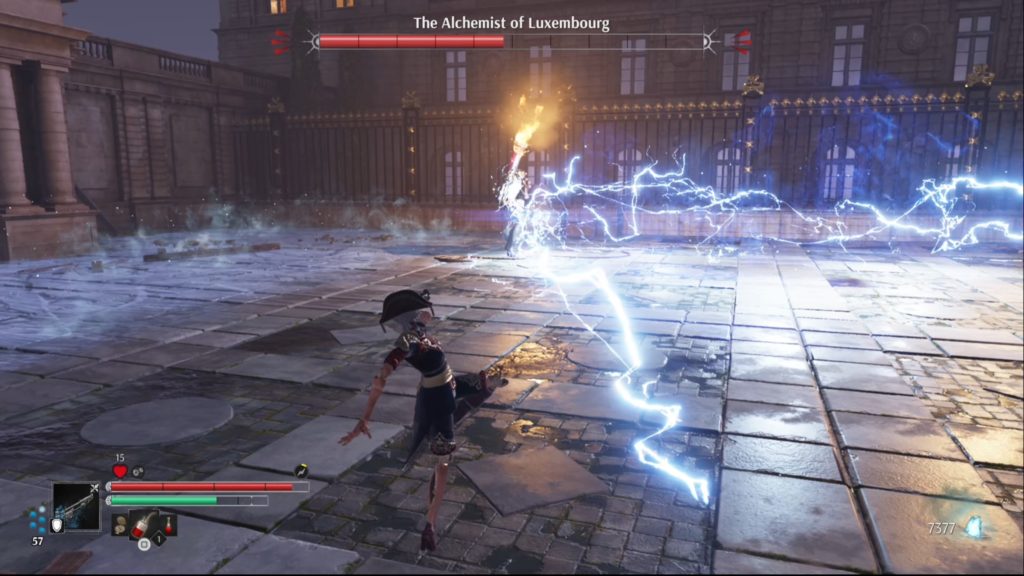 Any tips for the Titan fight?

The Alchemist is a formidable opponent able to use powerful Alchemical attacks that cause area-of-effect damage, and a devastating charge that will knock Aegis down. Most of its attacks are explosive in nature or cause build-ups of different Alchemical Afflictions.

You’ll need to stay mobile and keep your distance, only closing after you’ve dodged its charge or evaded its combination of thrown bombs and potions. Once it’s dead you’ll recieve the Alchemist’s Ram.