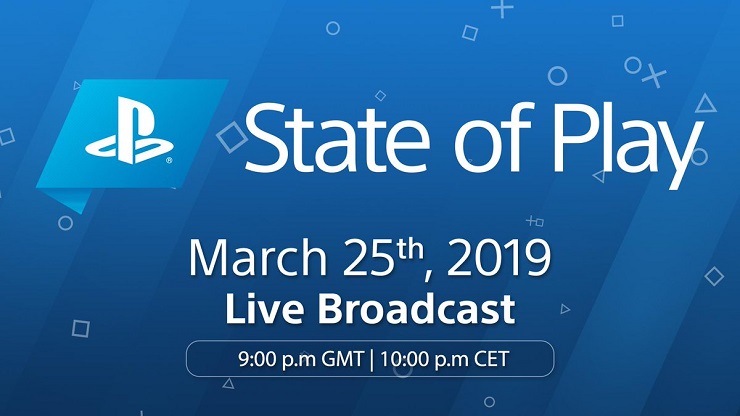 We all knew that Sony was going to do something or other after announcing that there would be no PSX show last year, or E3 show this year, so, here it is, the State of Play.

Due to be broadcast at 9pm GMT (10pm CET) on Monday March 25, this show will bring us the latest news on existing and upcoming PS4 and PSVR titles. The show will be broadcast on YouTube and Twitch and by extension Twitter and Facebook.

It’ll be interesting to see just how Sony’s take on the Nintendo Direct format will work out, but I envision they’ll look a little like this:

A lover, not a fighter and an all round good guy (he would say that, he wrote this after all), he's happy to be here as part of GIAG.
MORE LIKE THIS
playstationPlayStation 4playstation 4 proplaystation vr