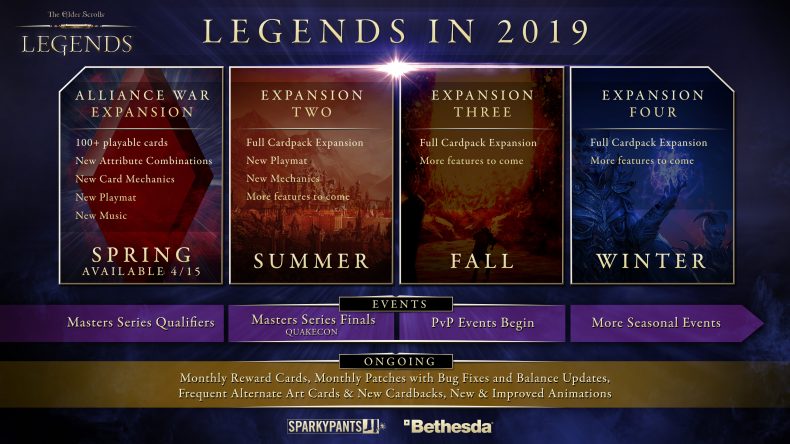 Inspired by the war of the alliances that rage on within Elder Scrolls Online, players can now enter the all-out brawl between the five alliances that are vying for the Ruby Throne.

There are over 100 new cards, five new card colour combinations, four new mechanics and a new gameboard for players to get to grips with, offering perhaps the biggest opportunity to change the meta in the game’s history.

The Elder Scrolls: Legends – Alliance War card packs are available to purchase now in game, but for now you can watch the launch trailer below:

Likes to shoot stuff and wear pretty shoes. Is a BEAST at Titanfall.
MORE LIKE THIS
bethesdathe elder scrolls legendsThe Elder Scrolls Online