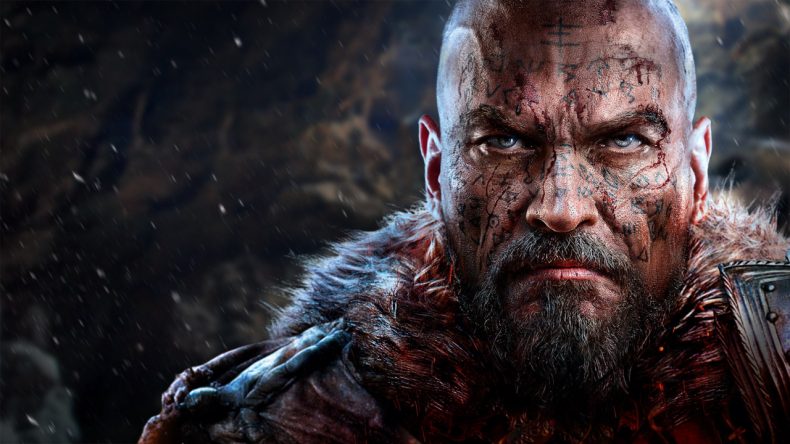 It’s such a masochistically popular sub-genre that it’s no wonder many other developers have tried to ape the core mechanics in an attempt to get a slice of that rage-inducing pie. But determining which are worth your time and money, and which are just pretenders is tricky, so we’ve rounded up 5 of the best examples available today.

Developed by indie studio Toadman Interactive, Immortal Unchained is a far-future sci-fi that attempted to subvert our expectations of a Souls game by adding guns to the mix.

Despite some technical difficulties and the challenge of working with a low budget, Toadman have done a decent job here, managing to inject some real atmosphere – as well as a few cool ideas.

Sadly, its challenge comes as much from iffy balancing as from design, resulting in a slightly uneven experience. Still, Toadman’s recent updates, as well its overall likeability, mean it’s worth picking up if you’re a fan of the genre. Besides, who doesn’t want to run around like a ‘roided-up techno-freak for a few hours?

The Surge is a game about a bunch of really angry robots getting upset about essentially being slaves to squishy humies, and going uniformally nuts. As a result, it’s probably the most grounded game on the list, if you ignore the endlessly respawning enemies and homemade mech suits, that is.

While it’s easy to doubt the efficacy of a human smashing robots to death with bits of scavenged iron and steel, The Surge is actually a pretty polished experience – barring a few rare bugs that will kill your progress completely, if course.

As sci-fi action games go, it’s certainly an enjoyable enough romp; it just doesn’t quite capture the magic of the titles it’s aiming to replicate. City Interactive was one of the first studios brave enough to attempt to dip their toes in From’s pool, as it were, with Lords of the Fallen, a pitch-dark fantasy about Harkyn, a man with all of his crimes tattooed on his burly body as a reminder of his tragic quest for redemption.

He’s a miserable bastard for sure, but also pretty handy, as you can spec him in three very different skills that genuinely make you play differently. Although too short and not as clever or nuanced as From’s games, Lords did come close to the crown for a little while.

Minor gameplay tweaks like being able to “bank” your XP, so you keep it on death but earn less as a result switched up the dynamic just a little, and God, some of it looked really nice.

Being a 2D action platformer reminiscent of something like Super Ghouls ‘n’ Ghosts, Ska Studios indie darling had everyone fooled – until its release, when we all realised just how Souls-like it really is.

Shipwrecked on a mysterious island and shit out of luck, your protagonist must make their way through the shadowed under-belly and across the monster-haunted surface, braving dark forests, deep catacombs and trap filled dungeons in an effort to, well, survive.

But it became apparent in mere moments that Salt & Sanctuary is every inch a Souls-like, even down to the respawning enemies, dropping XP and currency on death, and the timing-based combat. It was one of the best games available for the PlayStation Vita, may it rest in peace, and the perfect example of an indie studio playing to its strengths. Doing “Dark Souls in Japan” before Sekiro was an itch in From’s jockstrap, Nioh remains the best available Soulslike not actually developed by the progenitors.

The story of Westerner William lost in the shadows of an ancient, horror-story version of Japan, Nioh features copious amounts of Oni, lots of supernatural goings – on, spirit animals and, of course, that old familiar death mechanic.

If you’re a fan of the genre at all, you really should have played Nioh – it’s worth checking out for its incredible combat, often bonkers art design, and undeniably confident swagger.

Senior Content Editor Mick has been playing games for over 30 years and writing about them for around 12. After drifting from site to site for a while, settling briefly at the now-defunct Made2Game and freelancing for the gone-but-not-forgotten NintendoGamer Magazine, he came at last to rest at Godisageek. Mick has been a reviewer, staff writer and content editor here for some time, while also moonlighting a little for Red Bull Games. He has 4 kids, has written 2 novels, and sometimes even manages to pay a bill or two. You'll usually find him defending the galaxy in Destiny 2, battling evil in Diablo 3, or lurking in the background on Twitter. Find him there @Jedi_Beats_Tank, or on XBL (JediWaster247), PSN (Jedi_Waster) or Nintendo (JediWaster).
MORE LIKE THIS
city interactiveDeck 13Focus Home Interactivefrom software