The Sonic trailer, the outrage, and how it’s maybe time to think about how you act online… 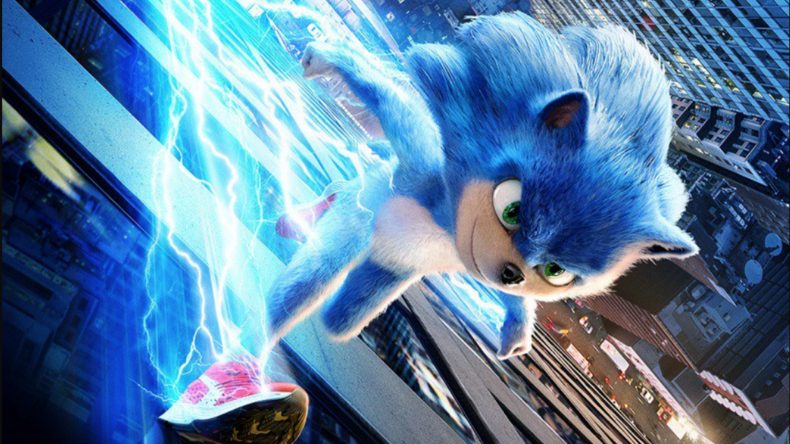 For as long as I can remember, movies adapted from video game material have never been particularly successful, or even decent; Street Fighter, Super Mario Bros., Tomb Raider, Doom – the list goes on. But even though they may not have been to everyone’s cup of tea, there are people who do enjoy them, including me. Whether it’s their cult status, cheesy acting, or nods to the franchises they’re based on, they’re still being made. If you’ve been hiding in a shed for the past week, you’ll have missed the first trailer for the upcoming Sonic movie. Since it was released, droves of people have voiced their disdain for the trailer, including the shape of Sonic, his legs, his mouth, his eyes;Jim Carrey’s portrayal of Dr. Robotnik, and the voice-acting (to name but a few of the issues). They persecuted the filmmakers for not following in the footsteps of the games, filmmakers who’re essentially opting to try something different than sticking religiously to the source material.

There were memes that took the piss out of it, Twitter status’ calling it everything from ‘hot garbage’ to a ‘joke’, but what people tend to forget is the hard work that’s been put into making this movie – a kid’s movie – and just because you’re not a fan of how it looks, there’s no need to be such a dick about it. Constructive criticism is fine, as is not liking something, but when it comes to ridiculing with such vitriol, that’s where I draw the line. I don’t particularly like the look of him, but then again, it’s not for me – a 35-year old guy. My daughters both like the look of it, and no doubt when the film releases we’ll all go and see it because it looks like a bit of fun, some escapism from the reality of the world we currently find ourselves in. That’s what movies are, they take us out of ourselves for a few hours, and allow us to think about something other than corrupted governments or drowning in debt. As a result of the backlash, the movie’s director, Jeff Fowler, took to Twitter to thanks “fans” for the feedback and criticism. Not only that but they are going to change the look of Sonic to “make it the BEST they can.” Bullshit. Countless hours and hundreds of designers have been working on this film for years, tweaking it here and there, trying to make it something we can enjoy. But the hate that has poured from social media has caused them to spend millions more on adjusting the character so he can have shorter legs or bigger eyes, or whatever is wrong with it. Fucking hell, it’s an animated movie that’s coming out in November. How is it still going to hit release day with these adjustments being made? What about the human cost of turning around this kind of change so fast?

Thank you for the support. And the criticism. The message is loud and clear… you aren't happy with the design & you want changes. It's going to happen. Everyone at Paramount & Sega are fully committed to making this character the BEST he can be… #sonicmovie #gottafixfast ?✌️

I understand that Paramount Pictures may have acted too soon, but when you are facing such severe outrage by thousands of people, you’re going to get flustered. I’ve seen comments from those who’ve slated it to then say – and I’m paraphrasing here – “you should stick to your guns and be proud of what you’ve done”. Others have complained that those working on the redesigns are going to have to put in a lot more hours in to hit the deadline of a November release. You just can’t win.

Personally, I don’t particularly like the trailer. Sonic does look weird, but you know what, I don’t need to tell Jeff Fowler, or anyone at Paramount what I think in such a derogatory manner. I don’t need to make memes, re-cut the trailer to make fun of it, or do anything else that is both insensitive or unnecessary. Twitter and social media in general is all about voicing opinions, and if you don’t like the look of something, say so. But think about how far you go with that opinion. I’ve seen people get personal, be incredibly rude about those artists that have worked on it, and make allegations about how nobody at the studio “gives a shit.” I bet they fucking do, mate. They’re getting paid a lot to make sure this movie doesn’t fail, much like a lot of other movies, so the last thing they’re going to want is for their million-dollar blockbuster to fizzle out, especially in today’s economic climate.

The whole debacle around the Sonic trailer is sad. Fundamentally, people need to think about how their online presence can affect others. Healthy discussions and heated debates are great, because we are born to be passionate – to stand for something – but when that fire is one-sided and directed at people who’ve put hundreds of hours of their lives into trying to do something different, and to bring a much loved video game character to life, don’t be an asshole. Sonic the Hedgehog may not be for everyone, and hasn’t been for a while judging by the success of the games he’s featured in over the last 10 years (not including Sonic Mania and Super Smash Bros. Ultimate), so to try and make something outside the box should be welcomed. Whether you watch it or not, just have a bit of decorum. Social media can be a poisonous place sometimes.

Video games are cool. Don't let anybody tell you any different.
MORE LIKE THIS
Sonic the hedgehogTrailer