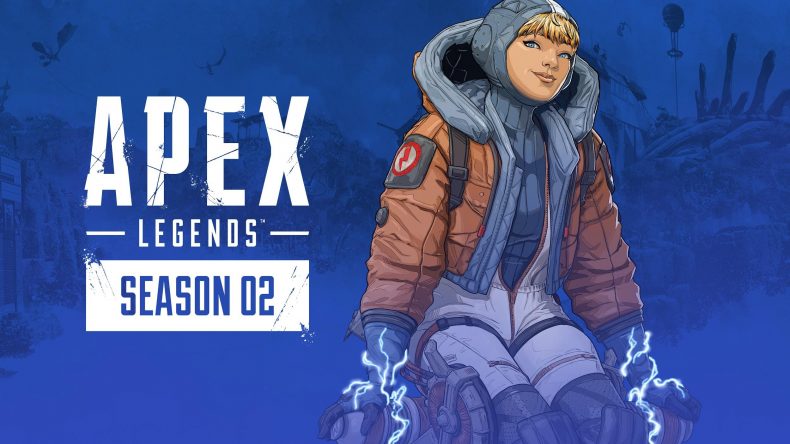 Respawn Entertainment has announced via the EA Play conference at E3 that Season Two – Battle Charge will begin early July.

The new season brings with it a brand new Legend, a ranked mode, a fresh Battle Pass with new daily and weekly challenges as well as some yet to be announced changes to King’s Canyon.

The new Legend – Natalie “Wattson” Paquette will join the Apex roster bringing her electrical engineering background to the battle. Natalie can control the battlefield with high-voltage barriers and a pylon that blocks incoming ordinance.

You can watch her story trailer below:

Also included in Season 2 is the debut of Ranked, a mode where players will be matched by skill as they compete to reach the top of six individual tiers (Bronze, Silver, Gold, Platinum, Diamond and Apex Predator), earning exclusive cosmetics and rewards at the end of each season based on where they place.

There is also a new weapon – the L-STAR which is an energy machine gun that packs a serious punch, tempered by its ability to overheat after sustained fire.

The new Season is expected to go live on 2 July.

Likes to shoot stuff and wear pretty shoes. Is a BEAST at Titanfall.
MORE LIKE THIS
Apex LegendsBattle PassE32019EA