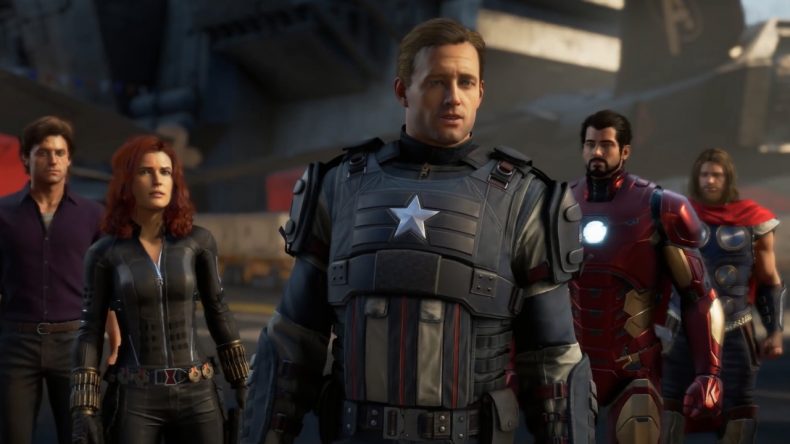 I’m not much of a comic fan these days. In my younger years I read DC, Marvel, Dark Horse; I sought out graphic novels by Alan Moore and dabbled in Manga. Recently I’ve taken to reading Saga and The Rat Queens, which are suitably mature and off-the-wall for me. My point is I haven’t really invested much time in the comic book versions of character we’ve been watching in the MCU for the last 11 years. I know the broad strokes, characters and alter egos, origin stories and villains. It’s the minutiae I fail on, and bow to those with greater knowledge.

As a result, if you say Tony Stark I only see RDJ, Chris Evans is Captain America; comic book Hawkeye looks ridiculous because in my head he’s the slightly-less-ridiculous-looking Jeremy Renner. There is no Natasha Romanoff but Scarlett Johansson, and Chris Hemsworth and Mark Ruffalo made their characters so much their own that it’s hard to even imagine anyone else playing them. I mean, who the fuck is Ed Norton, right?

My kids watch the Avengers animated series, which is pretty decent. The actors do a fairly good job of aping the MCU stars while the storylines and appearances are closer to the source material. When I watch it with them, I don’t give it much thought really. It is what it is on a Saturday morning.

But when I saw the new trailer drop for Square-Enix’s long-awaited Avengers game (first teased at E3 2017) I felt a little put-out. It was the video game equivalent of being catfished. I just wasn’t expecting what I saw: a group of characters who looked for all the world like people cosplaying the Avengers.

Crystal Dynamics have pedigree. The Tomb Raider reboot trilogy is pretty awesome bar a few missteps along the way, and they’re a developer who have been riding around this block for decades. I’m not overly concerned about what the gameplay will turn out to be. In this regard I have utter respect for, and faith in, Crystal Dynamics. But that’s not the issue here. What I’m concerned about is having to retrain my brain to accept these characters looking and sounding so… bargain basement. The banter is there in the trailer, albeit a little forced and “me too”, and the tone of the story looks interesting, evoking similar themes to Age of Ultron. But the characters… Stark just looks weird. The beard is too thick, the hair is too long; he looks like a guy who built an Iron Man suit and drove cross-country to a convention 3 days away. Thor’s accent is just bizarre, while Romanoff has become an incredibly generic “female in a jumpsuit” and lacks any personality in the trailer. Was Hawkeye even in it? I honestly don’t remember seeing him, so this is yet another property that doesn’t give two hoots about Clint Barton. Why? The dude is awesome.

I know this is my problem. I sound like a whiny fan boy and will be corrected loudly by people who know better, but the whole trailer felt off. It showcased action that doesn’t look as compelling or exciting as we’ve seen in films that focused on the same characters. And it was, dare I say, charmless. There was zero chemistry and there were no wow moments.

Maybe the changes will turn out to be a good thing in the end. I mean, you can’t blame Square-Enix for either not wanting to, or not being able to, use the likenesses of the film cast. This is not a tie-in, after all – it’s very much its own property. So maybe it’s okay that the game is trying to make us forget what we already know a little. If it exists in a weird place where it’s not based directly on the characters from either the MCU or the comics, and instead is like a fresh take on the gang, then it gives Squeenix and Crystal Dynamics the freedom to go where they want with the characters and the story. And maybe the banter will be better in the full game, when it’s in context and we’ve (hopefully) got some character development to go with it. The trailer certainly had its Easter eggs, not least a blink-and-you’ll-miss-it Hulk vs Abomination moment. Maybe not knowing exactly how the characters will act or what’s coming will be a major benefit. We’ll see. And hell, maybe it’s just that I’m seeing this trailer so soon after watching the Infinity Saga come to an end and being humbled by that achievement, as a greater fan of the MCU than the source. So maybe my argument is entirely invalid and I should just go stand in the corner and, y’know, STFU.

Either way, I need some convincing. I loved the Tomb Raider trilogy, I love the MCU, I love the universe Marvel have created over the decades. Chances are, I’ll love this. But right now I feel a little numb to it, and I’m hoping the gameplay is enough to balance out my apprehensions. I guess we’ll see in Spring 2020.

Senior Content Editor Mick has been playing games for over 30 years and writing about them for around 12. After drifting from site to site for a while, settling briefly at the now-defunct Made2Game and freelancing for the gone-but-not-forgotten NintendoGamer Magazine, he came at last to rest at Godisageek. Mick has been a reviewer, staff writer and content editor here for some time, while also moonlighting a little for Red Bull Games. He has 4 kids, has written 2 novels, and sometimes even manages to pay a bill or two. You'll usually find him defending the galaxy in Destiny 2, battling evil in Diablo 3, or lurking in the background on Twitter. Find him there @Jedi_Beats_Tank, or on XBL (JediWaster247), PSN (Jedi_Waster) or Nintendo (JediWaster).
MORE LIKE THIS
crystal dynamicsE32019marvelsquare enix