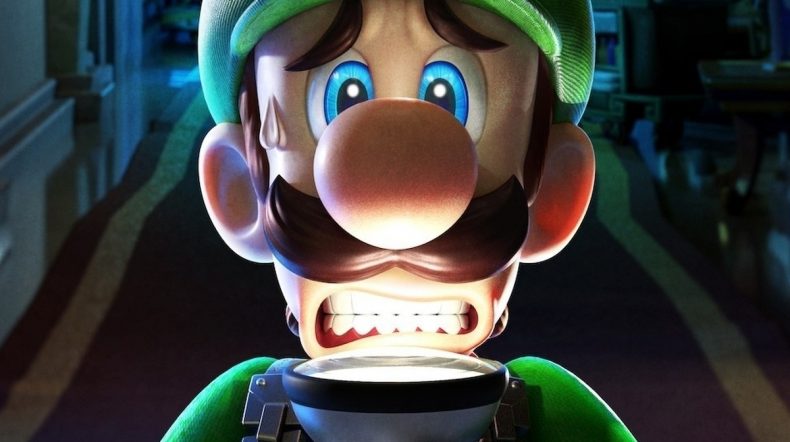 The Nintendo Switch has had a successful run of games featuring its biggest stars, and whilst these have all been an utter delight to play, it’s cool to see them finally delve into the other franchises that haven’t yet seen the light of day on everyone’s favourite handheld. The original Luigi’s Mansion was a lovely game, and whilst Dark Moon was still a decent sequel, this feels like a true successor to the first game in the series.

Although I may not have played a lot of Luigi’s Mansion 3, I’ve seen more than enough to know it’ll be something many longtime fans will enjoy. There’re new moves that give you different options to solve the many puzzles you encounter, with the main one being your trusty green gooey replica, Gooigi. By pressing the right analogue stick down, you’ll summon Gooigi to help you get past situations where Luigi can’t. For example, there was a load of spikes blocking my way to a treasure chest. I couldn’t jump over it, and there was no way around it so I got out my buddy and moved him through the spikes to pick up all the money. He can do all the things that Luigi can, just with added abilities that give you an edge in certain puzzles. He does have a weakness, though: if you go through water he’ll get all soggy and disappear, so it’s important to pay attention to how you use him. You can also play the entire game in co-op, with you and a friend playing as both Luigi and Gooigi.

When it comes to taking out the ghosts, you have a few new moves. The suction shot lets you fire a plunger at a ghost, and by using your sucker you can pull them towards you and slam them into the ground by pressing A. Repeatedly pressing A lets you slam them more than once, and this can be used to take out other ghosts nearby. The suction shot can also be used to break down barriers and doorways, and has plenty of other uses giving you more options to find hidden collectables and coins.

The mansion itself is more of a hotel, with each floor following a certain theme. The medieval theme of the level I played was really pretty, featuring stockades, large stone hallways, and other similar decorations associated with the era. Whilst it was grey and dingy, there’s still lots of colour around, and with the excellent design work put into each area I can’t wait to see the other themes of the hotel. The puzzles are remarkably challenging, always stumping me for a second or two and giving me plenty of ideas to try out in order to work out what I was doing. Some were easier than others, but there was never any frustrating moments, always tinged with satisfaction rather than anything else. This is a lovely looking game that has plenty of replayability due to the amount of secrets in almost every room.

Luigi’s Mansion 3 is looking like it’ll be a worthy successor to the first two, with lots of puzzles to solve, and some great new moves to help you in your quest. Gooigi is a big help, and once again Nintendo has allowed co-op to be a big part of the game. Giving him the same abilities as Luigi means he’s not just some throwaway character, but rather an actual asset to your cause.

Video games are cool. Don't let anybody tell you any different.
MORE LIKE THIS
nintendo