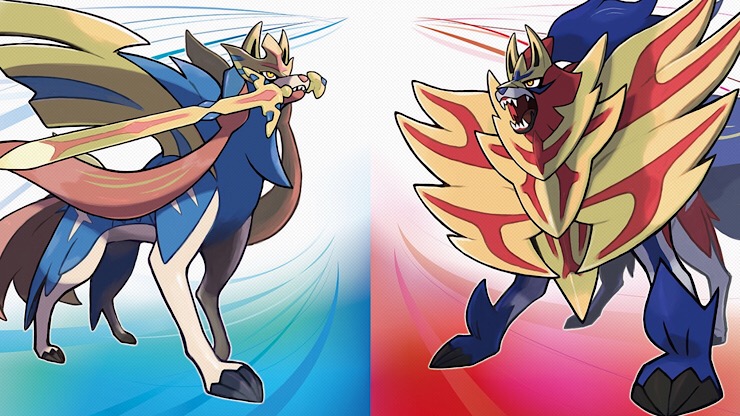 New Pokémon regions are always full of surprises, and Sword and Shield’s Galar region is no different with Pokémon coming in a big way.

The Galar region is home to a phenomenon called Dynamaxing which allows Pokémon to become giant sized, and when they get big their moves do too. Dynamaxing can be used in Pokémon battles and even gym fights but it can only be used once per battle and it wears off after three turns.

In Galar there’s a large untamed natural land called the Wild Area which connects several towns and cities. You’ll find a greater variety of Pokémon inhabit this area, and because it’s so large you’ll be able to rotate the camera around to be better explore and find secrets.

Through the Wild Area you’ll also be able to team up with other players for four player Max Raid battles. Here you’ll face off against a Dynamaxed Pokémon, and defeating it will grant a chance to catch it. Unlike regular Dynamax, a Max Raid Battle Pokémon will be permanently large and as such will be at a considerable advantage. On the player side of things only one player will be able to temporarily Synamax their Pokémon, so you’ll need to agree between you who is better placed to use the ability.

During the Pokémon Direct we were also introduced to your rival this time round, a young boy named Hop who is the younger brother of the Galar region’s top Pokémon trainer Leon. We were also introduced to the professor of the region Professor Magnolia and her assistant, her granddaughter Sonia. We also got to find out what the Pokémon behind the Sword and Shield logos look like and their names. Zacian and Zamazenta are Shield and Sword Pokémonn Zacian’s Sword can cut through anything, while Zamazenta’s Shield can turn back any attack, it’s literally the Unstoppable Force vs the Immovable Object.

I’m not going to say much more because by now you’ve either watched the Direct or you’ve realised i’ve Embedded it below and are watching it now. I will however spoil one thing, the release date has been announced as November 15 and it’ll be a simultaneous worldwide release. You’ll soon be able to pare-order either of the games, or get them both in a special edition double pack, which we’re promised more info on soon, most likely a rather exorbitant price.

So, get ready trainers, it’ll soon be time to catch them all over again.

A lover, not a fighter and an all round good guy (he would say that, he wrote this after all), he's happy to be here as part of GIAG.
MORE LIKE THIS
game freaknintendonintendo switchPokemon