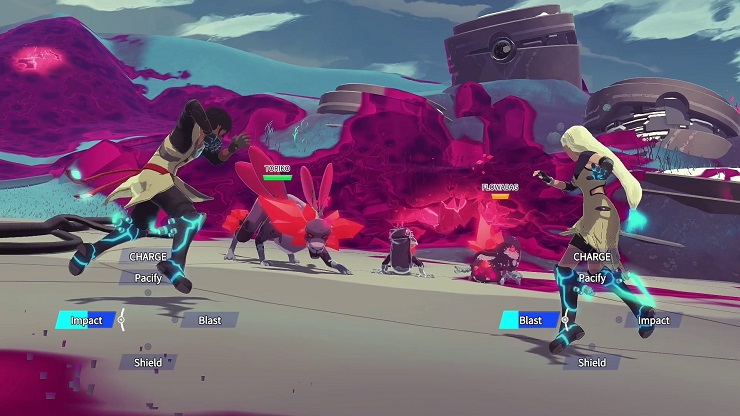 The Game Bakers are the developers behind Furi, and now they’re giving us a look at their new game Haven.

Haven follows the story of Yu and Kay, two lovers who have escaped their lives and now find themselves on a lost planet. The two of them can glide across the planet’s terrain fighting monsters and unravelling the mysteries of the place they now call home. Looking at it, it’s a completely different experience to Furi, which was a hectic slash ’em up. Emeric Thoa of The Game Bakers likens Haven to a cross between Persona and Journey over on a blog post about the game’s influences.

The art is very similar to Furi, with deep purples and pinks, plus a copious use of bloom effects, there’s also an original soundtrack from Danger. While the game is a solo experience at its core a second player will be able to join in locally so you can explore the world together.

Haven is due for release sometime in 2020 on PC, PS4 and Nintendo Switch

A lover, not a fighter and an all round good guy (he would say that, he wrote this after all), he's happy to be here as part of GIAG.
MORE LIKE THIS
FuriHavennintendo switchPC