Jaws of Oblivion is the next big expansion for The Elder Scrolls: Legends 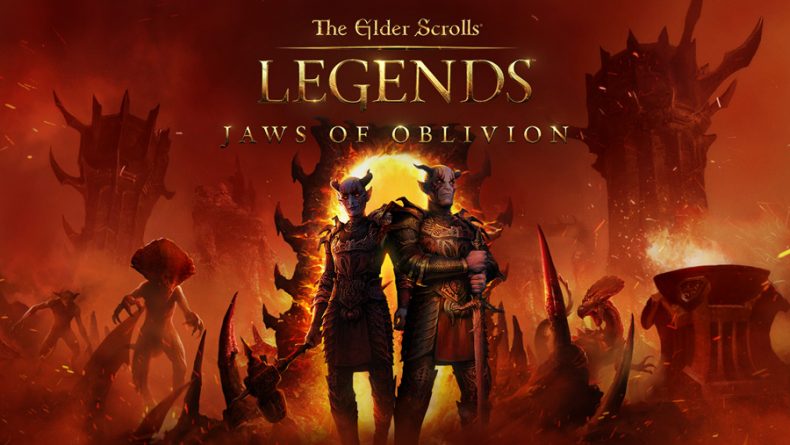 The latest expansion for The Elder Scrolls: Legends has been announced.

Jaws of Oblivion will take players to the Mehrunes Dagon’s Daedric plane of Oblivion and features new cards inspired by The Elder Scrolls IV: Oblivion.

There will be 75 new cards as well as a two new pre-made theme decks, four new card backs, new music and visual effects and a new invade mechanic that will give your Daedric creatures more power the more you invade through Oblivion Gates.

Jaws of Oblivion is available for pre-order today for 39.99 and by doing so you will receive 50 card packs when the set releases, plus a premium card back and epic “Herald” title to use as soon as you complete your purchase.

Jaws of Oblivion will launch on 8 October.

Likes to shoot stuff and wear pretty shoes. Is a BEAST at Titanfall.
MORE LIKE THIS
bethesdacard gamesmobile gamesThe Elder Scrolls IV: Oblivion