WWE 2K20 looks incredible, but gameplay is still very much a problem 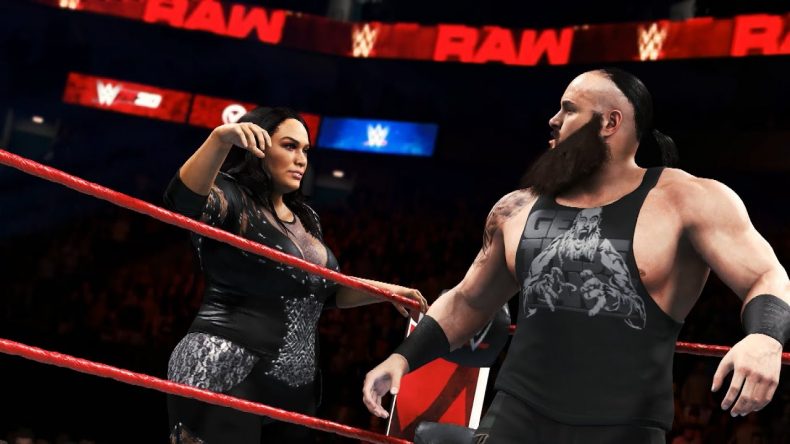 Ever since the WWE video game franchise was acquired by Take-Two Interactive in 2013, the struggle between making it focused on sports entertainment and wrestling sim has been obvious in its gameplay. We all know wrestling isn’t 100% real, but making sure there’s a balance between realism and enjoyment is key to providing the perfect wrestling experience. I recently got to play a few hours of WWE 2K20, and with the game now completely under the control of 2K and Visual Concepts according to the director, much of the shell of the prior games is clearly still under the hood: there seems to be a definite improvement and some changes when it comes to the one-on-one and tag team matches, but the same issues that have held it back still exist.

There’s no denying that the quality of Visual Concepts (best known for the gorgeous looking NBA 2K games) shines in its presentation. Each match replicates the thrill of the wrestler’s entrance, and the level of detail on the superstars is ridiculously good. From the very first match I played between Pete Dunne and Keith Lee, I was blown away by how each of the beads of sweat dripped onto the mat, and how skin blemishes and muscle definition looked exactly like the superstar’s real-life counterparts. The arenas are outstanding, lighting is incredible, and the fact that commentary has been improved removes the frustrations of constantly hearing the same lines of dialogue repeated. Gameplay has been streamlined in some areas, allowing players of all abilities to jump in and play without being trapped behind skill levels. Mapping the reversal button to the Y button on Xbox took a while to get used to, but it made it much easier to block an opponent’s opportunity to attack. Picking up an item, getting in and out of the ring, running, and switching focus between your opponents all feels more fluid than it has before, but the actual grappling and striking can still be tricky.

These issues have been present for some time in the WWE 2K series. Depending on your positioning, grappling attempts don’t hit, and punching the air happens far too much. Although WWE 2K20 continues the methodical nature of the match-ups, this means there’s a lack of fluidity in your movement, and the clunky nature of getting into the right position can still be frustrating. There were times when I had no issues hitting a DDT or suplex, but other times I struggled to undertake a move – and I’ve been playing the series for years. Pinning follows exactly the same command prompts as previous entries, and I still really dislike it. If you don’t press the button at the right time, an opponent can pin you without you taking any real damage at all. This removes the realism element because there are certain unwritten rules of wrestling back and forth, and pinning rarely takes place within the first couple of minutes of a match, especially if you’re two of the bigger superstars.

Submissions are also still frustrating, and much like the pinning it can be hard to get out of. I don’t understand why mashing the buttons to kick out of a pin or a submission attempt were ever taken away because that works so well. Making a mistake in these fields can completely ruin the excitement of big matches, and doing everything you can to build excitement levels with big moves can be stubbed out when you fail to press a button or move the analogue stick at the right time. Hell in a Cell matches are a nightmare when it comes to moving around outside the ring, and TLC matches present the same struggles when it comes to setting up a ladder or trying to get an opponent to lie down on a table. It feels like there’s a wall that’s stopping some of the natural rhythmic flow of matches. The controls can be clumsy, moving focus between your opponents is slow, and other than the wonderful Payback skills, it’s tricky to flip momentum between you and your opponent. With the game still in the pre-release stage, some of the glitches I encountered might not be present when the game is available – at least I hope so – because having superstars float temporarily in the air after falling off a ladder, or the bottom rope getting tangled around a limb whilst standing up is frustrating to say the least.

I’m not completely down on WWE 2K20, but there seems to be seldom changes from last year, and although there’re lots more superstars to choose from and visually it’s incredible, the gameplay is still just not quite there. The changes to the Universe mode are looking good, having the ability to change the rivalries to be more intense and last longer than a month means it’ll be cool to see them pan out over time, and the addition of female superstars in the Story mode is a long time coming. Although I dabbled with different modes, only time will tell to see how the improvements work out in the long run.

WWE 2K20 looks fantastic, and the sound design has seen huge improvements both from the commentary team and with the in-game SFX, but gameplay still suffers from the same problems it has for years. Whilst single matches are more methodical and balanced, the pinning and submission systems provide a great deal of frustration if you can’t connect with the correct button prompts, and when in matches with more than four superstars, the game struggles to make them work realistically. Time will tell, then, if Visual Concepts can deliver the game fans have been longing for this year.

Video games are cool. Don't let anybody tell you any different.
MORE LIKE THIS
2kVisual ConceptsWWE 2K20