previous
Planetside Arena is a battle royale with potential, but it needs work
random
next
Obsidian releases official launch trailer for The Outer Worlds
0 comments 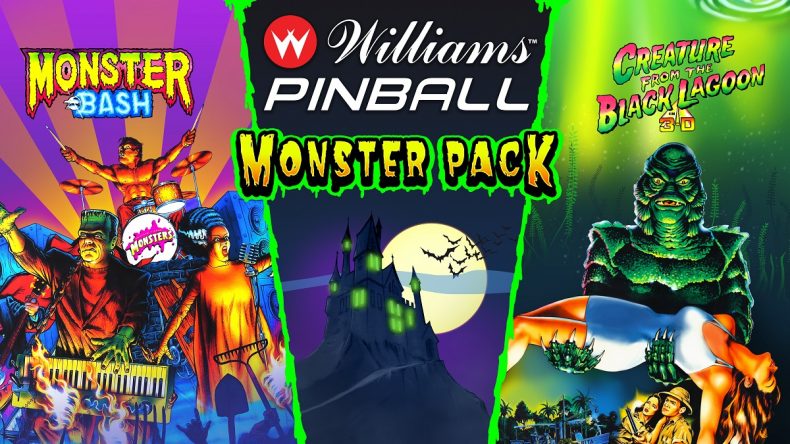 Zen Studios are bringing classic Universal Monsters to Williams Pinball just in time for Halloween, with two new DLC packs: Monster Bash, and Creatures of the Black Lagoon. It’ll release on October 29 for PlayStation 4, Xbox One, PC, and Nintendo Switch, with mobile users able to download the Monster Pack through the Williams Pinball app via the Apple Store and Google Play.

Monster Bash will see players rebuild Frankenstein, dig out The Mummy, unleash a full moon for The Wolf Man, spell out D-R-A-C-U-L-A, lure Creature from the Black Lagoon up from the slimy depths, and get Bride of Frankenstein to wail about her ball and chain. Creature from the Black Lagoon allows players to experience all the excitement of Universal Studios’ classic monster flick with the fun of a drive-in movie date. Nostalgia meets high-tech pinball wizardry on this table, and the results are breathtaking.

Zen Studios has consistently proved their tables are intricately designed, and if you played the recent Star Wars Pinball on Nintendo Switch, you’ll know how good these tables have the potential to be.

Video games are cool. Don't let anybody tell you any different.
MORE LIKE THIS
Zen Studios

Zen Studios announces CastleStorm to come to Switch in August