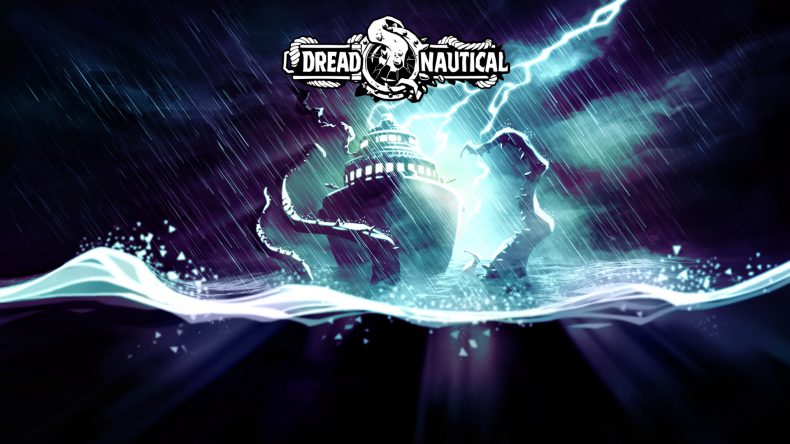 Dread Nautical from Zen Studios was one of the bigger surprises on Apple Arcade for me last year. It blended multiple genres together and was quite a bit of fun. The tactical RPG that brought survival and roguelike elements together with great art direction is a game that felt like a great fit on Apple Arcade. In its transition to consoles and PC, I’m very happy with how it has sailed onto Nintendo Switch for a variety of reasons.

You wake up as one of a few survivors (with their own talents) on a ship called Hope. While there is a story and narrative here with some nice voice acting and designs, I really enjoyed the gameplay, atmosphere, and music a lot more. I like how your decisions when you talk to people you meet will affect whether they join you or not. The ship is full of various enemy types that are gradually introduced and some of them hit really hard. On paper, having all these systems in place shouldn’t work well, but Zen Studios executes it all almost perfectly. The only area I feel Dread Nautical lacks is in the on-boarding (no pun intended). Some of the tutorials are a bit vague when it comes to controls and initial game flow. You end up learning from experience here for the most part.

The core gameplay loop has you exploring rooms for any scrap you can find and trying to survive. Movement is grid-based and if you move into the field of view or go near enemies, combat is initiated. During combat, you use your action points to move or attack. The UI at the bottom showcases all your items and weapons with their durability. There are tons of weapons here and it is always worth reading the information blurbs for them to ensure you don’t waste items.

Your aim is to gather materials, find more survivors, upgrade your hub and gear, and progress. The structure of the ship is procedurally generated so no run is the same and each outing from the hub will throw new objectives at you. Finding a survivor is great, but if you don’t make the correct dialogue choice, they may not join you. Dread Nautical can be a bit daunting if you’ve never played a tactical RPG before since it has more than just turn-based combat. There are multiple difficulty options available with Normal being the lowest one. I’d recommend sticking to this if you’re not familiar with the genre. This game can get really hard later on. Avoiding encounters is something you will need to learn because your gear has finite uses before it needs to be repaired and you don’t have a ton of healing either.

When games that exist on mobile come to Nintendo Switch, I’m often left disappointed by how they transition when it comes to controls. Dread Nautical does things right here by allowing you to play with both touch and button control. The touch controls setup works just like the touch control on iPhone and you even have a UI scale option. Button controls work well but I vastly prefer playing this with touch. Being able to pan the camera with touch is also great. I can’t imagine playing this just with a controller after how well it works with just touch or a combination of buttons and touch.

Visually, Dread Nautical has a simple cartoony aesthetic, but the environments look gorgeous when the camera pans during finishers and cutscenes. There are also some nice depth of field and blur effects during gameplay. Sadly, performance is a bit erratic and load times can get pretty bad on Switch. The visuals contribute a lot to the atmosphere, but I love the audio design. Voice acting is very good for the cast and the music is a nice mix of more ambient music with some good melodies. Overall, Dread Nautical does a lot of things well, but it feels a bit unpolished technically on Nintendo Switch. If you have the option, play it on Apple Arcade on a modern iOS device over the Switch version. If you’ve been craving a new turn-based tactical RPG and enjoy survival and roguelike elements, Dread Nautical is worth your time.

Dread Nautical does a lot of things well but it feels a bit unpolished on Nintendo Switch.