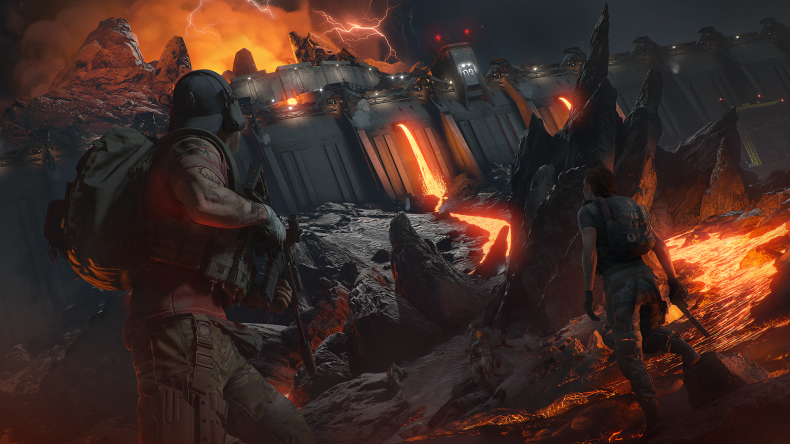 Ubisoft has announced the launch of Project Titan, the first of the Tom Clancy’s Ghost Recon Breakpoint Raids. The raid is available now and is free to existing owners of the game. This new end-game content will pit teams of four against their ultimate challenge. Check out the official blurb below to see what you can expect:

Project Titan takes place on Golem Island, an entirely new location off the coast of Auroa. It features unique environments full of sulphur, ashes and an active volcano. A faction of the Wolves, called the Red Wolves, has taken over the island and refactored the AI to work on new lethal prototype drones. Ghosts will need to gather intel to find these drones, and push their skills to the limit to take them down.

To successfully complete a raid, players will need to destroy four bosses – Baal, Quantum Computer, Gargoyle and Cerberus – each with their own unique design and mechanics that will require tactical co-ordination and communication to overcome. To take part in raids will require plenty of skill. In addition, all members will need a Gear Level of 150 or more to take part. The raid will initially be set on the game’s Normal difficulty setting. However, if you can complete the raid, you stand to score some of the best loot in the game. Furthermore, the raid will be reset weekly providing new challenges and objectives.

Check out the trailer below to see it in action:

For more information on the Tom Clancy’s Ghost Recon Breakpoint raids, check out the Breakpoint website.

Tom Clancy’s Ghost Recon: Breakpoint is out now on PC, PS4 and Xbox One. The game is also coming to Google Stadia later this year.