previous
Pinball FX3 is getting some new tables!
random
next
Logitech have released the Logitech G Adaptive Gaming Kit
0 comments 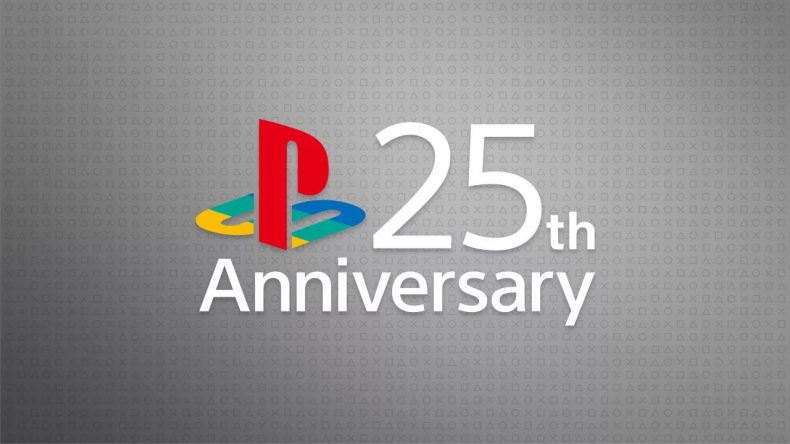 25 years ago on Japan, the first disc-based video game console released. Nobody knew the huge impact it would have on the world in the years that followed, but as we look back on its incredible history, some of the team let you know their favourite game to grace four generations of play. It’s been an incredible journey, and to pick just one game out of thousands is no easy feat, but we’ve done it. My favourite PlayStation game has to be Final Fantasy VIII. I know there’s some intolerance for it, thanks to FF7VII being the favourite, but I first played this going into high school and could instantly relate to Squall, as well as some of the other characters.

The fact that I was starting my journey into high school and here I am playing a game filled with similarly aged characters in high school just resonated with me. Squall came across as a bit of a loner and not wanting to rely on anyone was quite similar to me at that time. Heading to a place where I didn’t know anyone, I found solace in a character that seemed to emulate some of my pre-teen/teenage thoughts.

It may have been the thing to help me open up a little as I saw each character grow and go through their own development. This took me a while to complete so this realisation took a little while.

Overall the story is over the top sci-fi fantasy fun but the characters just totally sell it for me. Not to mention the fact that the GF’s/Summons/whatever you call them look pretty epic. The music is also fantastic and goes along with probably one of the best openings to a video game ever. That gunblade fight is nothing to be sniffed at. Thanks to the characters and the emotional/overall development, Final Fantasy VIII is one of my most played, and all time favourite, games. I joined a bit later than some to the Sony party, having been a self-confessed Nintendo fanboy as a younger lad. Sure I’d dabbled with my brother’s PSOne and PS2, but purchasing my own PS3 was a big step. It seems fitting then that the first game I bought for my own Sony console turned out to be my favourite.

Bethesda’s sprawling fantasy adventure absolutely consumed me. Clocking in at over 200 hours played (and I’m probably being conservative there), it’s a game I’d happily go back to now and while away the hours Fus Ro Dahing unfortunate animals off mountaintops. The unashamed freedom the game gives you to build your character, play your way, and quite frankly go wherever you like in its world still amazes me. The depth of lore, characters and detail crammed into one game meant I’d discover new side quests and NPCs across multiple playthroughs. No wonder I got the Platinum twice – once on PS3 and then on PS4, because who doesn’t have multiple copies of the game by now!

But beyond the lush environments, the rousing musical score, the sheer number of items to loot, the magic and dragons, there was something else that makes this game special to me. It hooked my wife back onto console gaming, and became the staple “our game” where we’d discuss adventures and watch each other play with interest. As scary as it sounds she’s easily put more hours into Skyrim than I have, and made countless characters to boot. True, it means she hogs the TV more than I’d like, and I only have myself to blame when she discovered the Fallout series, and more recently The Outer Worlds.

However, it’s Tamriel we always return to with a great deal of fondness. We both adore it, and wait with baited breath for The Elder Scrolls 6. 2025 can’t come soon enough. I will never forget the first time I played Resident Evil. Christmas morning of 1996, around 6am, young Gaz opened his shiny new copy of Capcom’s soon-to-be classic. I headed into the front room, switched off the lights and loaded up the PlayStation. It wasn’t long before I was terrified by that zombie introduction (poor Kenneth) and the dogs smashing through the windows but, more importantly, it wasn’t long before I was completely in love.

The use of matte backgrounds and full 3D characters made it look amazing at the time. The FMV intro sequence was astonishingly bad, which somehow only added to its charm. I mean, the voice acting was terrible throughout, yet Resident Evil was still terrifying and it set the scene for a series that shaped the entire survival horror genre and has remained close to my heart to this very day. Indeed, the original game is still my favourite. Sure the Gamecube remake was technically better and certainly more atmospheric, but the PlayStation version had just captured my imagination so thoroughly that I can honestly say it’s my first choice.

The original game’s cast is still the best, too. Barry Burton with his massive gun (heh) and dad-like personality, Wesker and his pantomime villainy, Chris Redfield before he got heavily into weightlifting, and of course Jill Valentine, the master of unlocking. I’m still waiting for her return to the series. Are you listening, Capcom?

Simply put, without Resident Evil and without the PlayStation, the horror genre would not be where it is today. Thankfully, both exist and I’m all the happier for it. PlayStation introduced me to a whole new way of gaming, and I’m so grateful to the many games that helped shaped the way I view storytelling and innovation through the digital platform. I remember getting the original PlayStation for Christmas as a surprise after opening everything else, and when I pulled back the wrapping and saw it – along with a copy of Die Hard Trilogy – I knew gaming would never be the same again.

It was hard to pick a game to celebrate 25 years of PlayStation because there have been so many I’ve felt great affection for, but I remember the profound affect The Last of Us had on me that it just had to be Naughty Dog’s monumental post-apocalyptic tale of love and loss. In the opening moments, my heart broke as Joel had to say goodbye after his daughter was shot by that soldier. That whole scene set the tone of the game, and as the tears rolled down my face I knew that this was only the beginning.

The story was phenomenal. Joel and Ellie’s relationship blossomed through the hardships they faced, and when that moment came at the end when he had to hide what he’d done from her I was with him. I understood. He had lost the one thing that gave him the will to live, and Ellie had managed to fill that hole that she’d left, and he wasn’t going to lose someone else. As a father myself, I empathised with him, not just in the game’s final moments but throughout. He grew to love Ellie like his own daughter. I felt that connection and in turn, Ellie became my daughter – my responsibility.

Throughout my journey will Joel and Ellie across a broken America, The Last of Us became incredibly special to me, and even now, I find time every year to go back to that world and replay the heartbreaking story of two very important characters all over again. With the release next year of its sequel – whether it’s good or not – I will always have The Last of Us, and I’m eternally grateful to Naughty Dog and PlayStation for that.

Video games are cool. Don't let anybody tell you any different.
MORE LIKE THIS
Final Fantasy VIIIplaystationplaystation 3Resident evil

Opinion: Final Fantasy VIII has one of the best pieces of music in a game