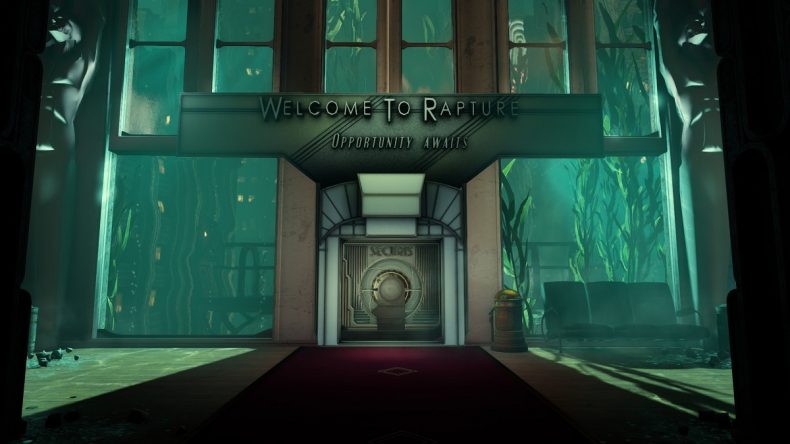 There’s always chat around the best part of a video game, whether that be the best soundtrack, best weapon, best character etc. Today I’ll be revealing what my favourite video game openings of all time are. If there is an intro that isn’t here, that probably means it’s garbage in comparison (or I haven’t seen it, which probably means it’s garbage).

This list might cause some arguements due to what’s included. Some define an intro as an opening film sequence while others might say it’s the first couple of hours playtime. I’ve opted to have a mix of both as I feel all variations deserve to be here. To avoid any possible contentious feelings it would be best to keep an open mind. I don’t think there’s anything that the Final Fantasy video game openings don’t have. It has drama, a banging tune, a gunblade fight, rotating camera shots and magic! The main thing for me is the gunblade fight. You get used to the turn based combat of RPG’s with there being little interaction between a character and an enemy. When I first saw a toe to toe fight in Final Fantasy I was pretty stunned. It’s a fantastic scene. Add to that the first time that blood was shown in a Final Fantasy game (if memory serves me right), just adds to the spectacle of it all. Jumping way into the memory banks for this one is the opening to the PS1 classic Soul Blade. Originally released as an arcade game under Soul Edge, this has one of the more memorable intros, which is in part thanks to the opening song; The Edge of Soul. I’m pretty sure that almost everyone, even if they’ve never played the game, will have heard this song. It’s dripping with nostalgia and slots in nicely with the opening sequence.

The intro itself does a bang up job of showing off the roster of characters and enough to tease just what some of them are about. For other characters it makes it plainly obvious, like Taki being a demon hunter for example. It also stands up graphically against most games from its time. This was a game that was released back in 1996! The Soul Edge/Blade opening will forever be one of the best openings you’ll ever come across. Onto the best Devil May Cry in the series, and no that’s opinion that’s scientific fact. You don’t need to look that up either, you can take my word for it. Part of it reaching this pinnacle is in it’s opening scene. We hear a character giving an opening narration, who later turns out to be Lady, giving some backstory into the legend of Sparda. While this is going on we see two white-haired youths, turning out to be Dante and Vergil, having a pretty intense sword fight. It’s so intense, and their movements so fast, that they create a barrier of rain water that only falls when they stop for a second.

We also get to hear the opening to one of the best Devil May Cry songs, Devils Never Cry. The organ and chorus kicking in halfway through is just excellent. The opening also shows the kind of relationship you can come to expect between Dante and his samurai wielding twin Vergil. I may be biased in Bioshock’s inclusion as this is one of my all time favourite games. However, the opening for Bioshock is fantastic. Everything from the music in the plane scene (The Ocean on his Shoulders if you’re interested) to seeing the famous lighthouse for the first time never fails to create a sense of awe.

Visiting Rapture for the first time on your descent via the bathysphere is amazing, and seeing it again in the remaster with improved visuals gave me literal chills. If you’ve never had the chance to play Bioshock (firstly you’re missing out) just watching the first 5 minutes would be enough to get you to dive in (pun intended). This opening scene is what makes Mass Effect 2 the best in the series. You’re fresh off (I say fresh) the original Mass Effect, you’ve saved the universe, have a stellar crew and one of the best ships in the galaxy. However, an ominous ship appears and blasts several holes into the Normandy, making it the most ineffective ship in the galaxy.

The part of the opening where you make your way through the section of the Normandy with no hull is particularly eerie. You have the loud dramatic music, the sounds of explosions, Joker sending a mayday transmission, but when you walk through a door, near silence. The only sounds are Shepherd’s ragged breathing and dull, muffled noises of debris coming apart from the ship as you see said debris slowly floating away into the depths of space.

That’s not the worst of it as near the end of the opening, just as Shepherd has saved Joker, he gets blasted into space as the Normandy gives up the ghost and is no more, leaving Shepherd to become part of the space debris as the suit starts running out of oxygen. I can’t dive into video game openings without fondly remembering the B-movie style original opening for Resident Evil. It has it all; the black and white effect, the awful acting, the dodgy zombie dog prosthetic that you only see close up to hide the puppeteer. Topping it off is the early 90’s TV style character shots.

I remember a friend’s older brother showing us this when we were 10, and it scared the crap outta me. Re-watching it, the acting is the scariest thing about it. But I’ll be damned if it isn’t one of the best live action video game openings to ever grace our screens. Ah Soul Reaver, the first vampire game I ever played and probably what solidified my healthy obsession with the vampire mythos.
This opening has it all; vampires, drama, an amazing soundtrack and beautiful vampire architecture. Also, the narration provided by Raziel (voiced by Michael Bell) is just fantastic.

There is so much to unpack with this opening and it’s only three and a half minutes long. We find out about Raziel and his brethren are around 1000 years old, the fact that Kain is easily jealous, and that Raziel is the revenge type of vampire, or wraith at that point. It’s pretty hard not to sit back and enjoy a few minutes of one of the best things to come out of gaming. Dark Souls is known for holding its lore quite close to its chest, revealing slivers via playthroughs. However, the opening cinematic sets up the world of Lordran with a bucket load of lore. From seeing the future bosses you’ll be pitted against to the birdseye view of Lordran, this opening is just fantastic.

The best parts are definitely reserved for the bosses though. Seeing Gwyn, the Witches of Izaleth, Neto and Seath in all their glory, with some of them hitting out with some impressive moves, is just a sight to behold. The dramatic fight scenes with the dragons coupled with the music is very much my jam. Fight scenes might be a tad generous of a description considering the only thing you really see is a dragon getting hit with a bolt of lightning, but it’s still pretty impressive. Remember Ezio? Maybe one of the favourites of all the Assassin’s throughout the series. In Revelations we see the beginning of the end of the Ezio trilogy and coming full circle to Assassin’s Creed and Altaïr Ibn-La’Ahad.

There’s a lot to take in with Ezio’s opening monologue. He’s looking for a reason for what is happening against the Templars, looking for the truth in everything and even the possibility he’ll likely die from this excursion. Ezio comes across as lost and unsure compared to his younger self which makes him a more interesting character.

Not only do we see a deeper, and eventually older side  to Ezio in this opening, we also get to see the master assassin in action. Even though it starts with him being beaten down, the fight he puts up against the templars up to that point is fantastic. I’m pretty sure if he wasn’t distracted by a vision of Altaïr he would have likely taken them all down and had a calm jaunt into the castle in Masyaf. I guess we’ll never know now eh? Goldeneye is one of the most revered N64 games, probably even of all time. I might even go as far to say it’s more memorable than the films. I’m not a massive fan of the Bond films so that might be a little unfair to say. Regardless of how much truth lies in my previous statement. Anyway, even though my feelings about the films amount to ‘meh’, the James Bond theme for Goldeneye is pretty stellar. The recreation of the famous gun barrel camera shot is pretty spectacular.

Add in the supporting cast for the game and it plays like the intro to a film, which is obviously the aim, but they nailed it. Yes, the graphics are dated and yes, the character faces look like some hellish Leatherface style skin mask pulled over a polygonal head, but it’s one of the more memorable, and pretty damn good video game openings for an N64 game.

An Evening With Ezio: A High (Soul) Calibur Event