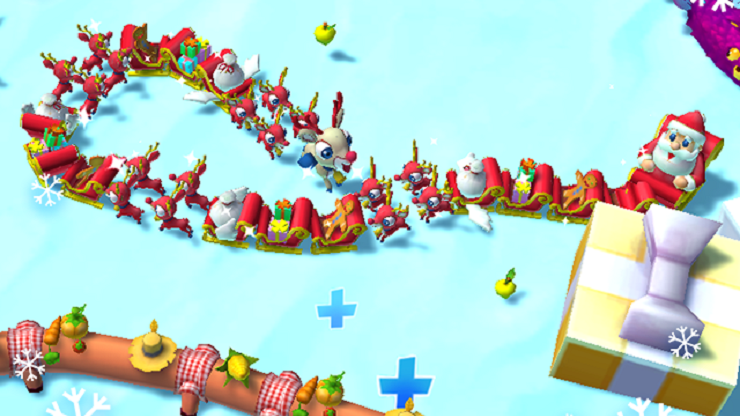 Christmas is coming to Snake Rivals, as Supersolid has released seasonal content for the award winning free-to-play mobile game. If you’ve been playing Snake Rivals, you’ll know how much fun the 3D game is, featuring multiplayer games like Battle Royale. With that time of year coming where snow falls, bells ring, and festive cheer fills the air, Supersolid are bringing the joy of Christmas to Snake Rivals, including snow-filled battlegrounds, presents taking over arena structures, and the ability to battle Santa Claus and Rudolph.

You’ll also be able to use Christmas pudding and candy cane death pellets, interact with other players through new Christmas emotes, as well as performance tweaks and improvements. You can download the game for free on the App Store and Google Play.

Video games are cool. Don't let anybody tell you any different.
MORE LIKE THIS
christmas

Numskull unveils new designs for their gaming jumpers this Christmas