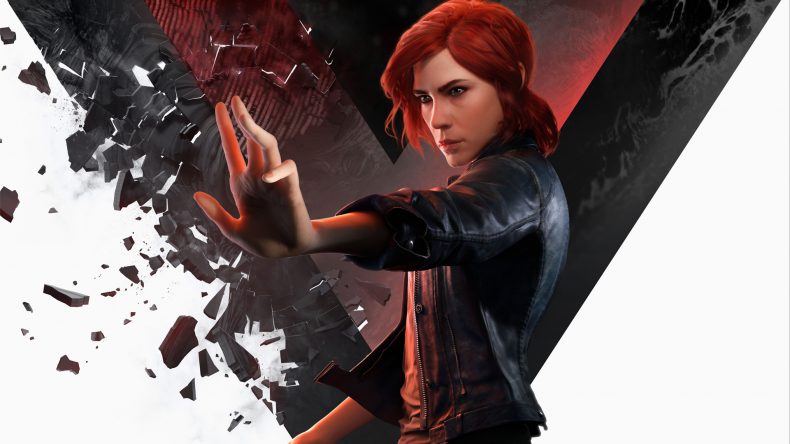 Before we get into the picks, I wanted to briefly say thank you to all of those who submitted their Game of the Year words from our community. In years gone, I’ve spoken to developers and publishers, PR reps, community managers, and everyone who’s ever made a list for us has a special place in my heart. But this year’s GOTY podcasts have taken more hours than ever before, and we’re all people with finite resources: the most finite being time. So this year we decided to turn to the lifeblood of the site: our community to ask them what their favourite games of 2019 were. It’s always interesting because there are so many games released all the time that it’s difficult to know what truly resonated with the people reading your words all year round, so this should be fun.

I know I’ve often talked about how much this site means to me personally. Ten years I’ve been here, and I’ve always given every part of myself to it. I recall being in a hospital bed forwarding emails – an unhealthy thing to do, I know – because it meant that much to me. But the people who support us via Patreon… I just don’t know if I’ll ever find the words to express how much that means to me. It shows me that outside of our own bubble, we at the site aren’t alone in how much we care about what we do, because the people who support us, like the ones below (among many others) care, too. It seems poor that someone who plies their trade as a writer is here saying I can’t find the words to express what it means to me, so I’ll just say thank you. Thank you for being like us, thank you for caring, thank you for listening, reading, watching, engaging, tweeting… the works. Thank you.

Revealed to the world as recently as February this year, Astral Chain is a surprise GOTY for me. The initial trailer showed an appealing anime style and an interesting combat system, but I had my reservations about controlling the player character and a “Legion” at the same time. A few minutes in the training room at Ark Police HQ at the start of the game immediately put my mind at ease, though. The combat is slick and rewarding, an exhilarating mix of switching between the five Legions and using their abilities, synch moves, perfect dodges, and finishing moves. The simplicity of the inputs (each move is a button press or two) allowed me to combo everything together with relative ease, an incredible feeling throughout the 20+ hours it takes to finish.

Astral Chain is more than just an action game, though. The Legions have abilities outside of combat too, which allows them to assist during puzzles, platforming segments and police investigations. The investigations serve as a way to progress the story while also offering a number of optional side quests. They compliment the action segments very well and for me at least, the pacing felt just right. The gameplay is accompanied by a stylish, dystopian setting, and one of the finest soundtracks of the year to create a truly memorable experience. PlatinumGames on top form. I’ve never been to happy to be wrong about a game. My biggest pet peeve in games is turn-based combat, so naturally I was very wary about this game. But it surprised me so much! “Why?” I hear you ask… well, the entire thing from start to finish was a joy to play. It certainly helped that it reminded me so much of Harry Potter. The Three houses are filled with interesting characters along with the far superior Black Eagle’s house. Surprisingly, I really enjoyed the combat. It was very tactical, and that scratched the part of my brain that only a Blue Eyes White Dragon could. From what I hear the romances take a bit of a step back which is a shamem but with the intriguing character building over the 70-or-so hours my heart settled on Bernadetta. Overall this game surprised me so much it became my Game of the Year.

Star Wars Jedi: Fallen Order is the best use of the Star Wars license since KOTOR; simple as that. Admittedly, that is not held up against much in the way of competition, but that didn’t stop my face from hanging slack-jawed in wonder for the first few hours. The lightsaber combat is frantic and brutally punishing, the puzzles just the right side of irritating, and the level design second to none in 2019. I’m told Dark Souls and Uncharted have done many of the elements better; and sure, it felt like I was sliding downhill for most of the game, but nothing in gaming has made me smile as much this year. Control opens with a short scene that tells you nothing but sets a mood that is immediately compelling. You are Jesse Faden and during that short opening you hear Jesse’s inner voice [this is a story about control] – the one that throughout the game interjects during conversations with other characters and offers a glimpse into the state of mind [my control of what I say] while she tries to pick apart the mysteries [control of what I do] within the Federal Bureau of Control (FBC) as she tried to find her brother. The FBC is located within The Oldest House, a space that is constantly shifting, and filled with various Objects of Power. One of those is the only projectile weapon in the game, the Service Weapon. This gun can take many different forms [and this time I’m gonna do it my way] via upgrades earned throughout the game.

Early in the game Jesse meets Ahti, a janitor who wouldn’t seem out of place in a Stephen King novel, and then on to meet the current Director of the FB… who is dead. Jesse picks up the Service Weapon [I hope you enjoy this as much as I do] and finds herself in the Astral Plane where, after a short test, she becomes the new director. She is immediately [are we ready?] attacked by the HISS, FBC agents possessed by as yet unknown powers. Before long Jesse obtains her first telekinetic power, where she can pick up objects [I am ‘cause it’s all about control] to throw at the hiss and these powers help her to navigate through the constantly shifting Oldest House while trying to locate her brother who she believes will help her understand the mystery of what happened to them both 17 years ago. On that journey Jesse meets a range of characters that have tasks to complete and finds other Objects of Power that unlock other abilities [and I’ve got lots of it] and upgrades.

This is a different Remedy Entertainment game in that you follow a less linear path than something like Max Payne or Quantum Break, but it has that signature atmosphere and complex, layered storytelling that will mean the game stays with you long, long after you finish. It’s my favourite game of 2019.

I’m partial to some grit and guns, but my heart is always won by a cute platforming mascot. And so it proved this year when Yoshi, the cutest of them all, finally waddled on to Switch bringing a world replete with collectibles and that disarming trademark charm.

It wasn’t the most challenging game, but then I don’t play a Yoshi game to be tested; instead, I embraced the slower pace, happy to meander, explore, and hunt down every last flower and coin with a big smile on my face. It’s a game that spoke directly to that nagging completionist in me: 19 coins just wasn’t enough. The platforming felt perfectly judged, too. That forgiving floatiness meant I never felt frustrated, just determined to see my boy Yoshi cross the line with everything ticked off the list. Yes, I did just say “my boy Yoshi”.

If I had to nitpick, I could argue the series hadn’t evolved much, or grumble about how the flip mechanic wasn’t used to its full potential, but I won’t, because when I step back and reflect on how the game made me feel, these things don’t matter. It’s simple: Yoshi’s Crafted World engendered feelings of simple, unadulterated joy in me. In a tough year, the toughest of my life, in fact, that’s pretty damn special. 2019 has been an odd year for me and gaming in general. I’ve played a rather limited number of the years releases, and found little appeal in those I’ve missed out on. Then after hearing much praise for Control on the GIAG podcast I decided to give it a try and I’m so glad I did.

What instantly grabbed me about Control was its eerie atmosphere as you enter the FBC, a seemingly normal government building on the outside, that is architecturally impossible from within. The rooms literally change size and shape as you explore in turn showing off an amazing artistic direction throughout.

Controlling Jesse is a dream too. As you progress you gain access to a Gun that changes in to various forms, and actual Powers revolving around telekinesis, like picking up and throwing items. It all gels together in a very satisfying way.

The game isn’t without issue, mind you, mainly technical. I played on PC and it doesn’t run as well as you would expect on fairly decent hardware. And I heard many reports of bugs from the GodisaGeek team, too. I also had a crash that resulted in a corrupt save game about half way through.

All that aside, I found Control to be a refreshingly unique experience. It’s weird, wacky, creepy, and just great fun to play. The pros far outweigh the cons for me. More please, Remedy!