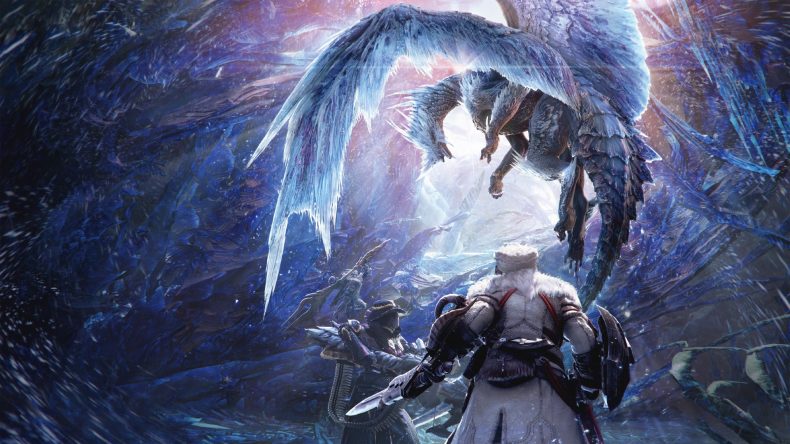 Of the last decade, 2017 was a hard year to top with the likes of Yakuza 0, NieR: Automata, and more but I think 2019 has beaten it for a variety of reasons. This year has given me a brand new Ace Combat, Devil May Cry, a Yakuza spinoff that’s better than most mainline entries, the best visual novel of all time, and much more. If you own multiple systems, I can’t imagine 2019 being a bad year for you. Every platform had loads of must play titles. Here are my top 10 games of 2019.

Tetris 99: Just when everyone was done making jokes about everything becoming a battle royale, Nintendo releases an exclusive Tetris battle royale for Nintendo Switch that has blown my mind. As a concept, it shouldn’t work this well, but Tetris 99 with the DLC that released and all the post launch patches is a must play online game on Nintendo Switch and an easy rival to Tetris Effect which is the best Tetris game ever.

Code Vein: Code Vein isn’t something I expected to like as much as I did. While God Eater 3 wasn’t developed by the team who did earlier God Eater games, it managed to be a great experience. Code Vein does some very interesting things to the souls-like formula. Barring the superlative character creation options, the amount of customisation you have access to even during boss fights makes this shine. Code Vein suffers with overused mechanics like ambushes, but it is easily my favourite souls-like with great anime visuals, a Go Shiina soundtrack, and combat that almost always feels good. I can’t wait for the DLC to arrive in 2020.

Atelier Ryza: Ever Darkness & the Secret Hideout: I’m a big fan of the Atelier games and it is great to see Gust and Koei Tecmo finally deliver a game that is perfect for newcomers and one that runs great on all platforms. I hope they consider doing a dub for a future game becaust that’s basically the only thing I would add to Atelier Ryza. It is an excellent JRPG in general. I’m glad Gust took a chance with a new set of characters here because this game will do wonders for the series in the West. God Eater 3 is almost everything I wanted from a modern God Eater game. It is faster, more anime, and more customisable than earlier games. The new weapons are ace and it has an original story that is perfect for new players looking to sample the franchise. With post launch updates that added loads of content, I can happily recommend God Eater 3 to anyone looking for an interesting hunting RPG. I had never played an Ace Combat game before this year and I’ve nearly played three games now thanks to Ace Combat 7. Bandai Namco Entertainment brought Ace Combat back after a long hiatus in an entry that is almost completely a joy to play. Ace Combat 7 also has one of the best soundtracks of the year. A few of the missions are annoying and the checkpoint system could be better but Ace Combat 7 gets everything else right. It even got some superb DLC missions recently. When I played the original Dragon Quest Builders, I enjoyed my time but could see a lot of potential with what Square Enix had. Dragon Quest Builders 2 sees Square Enix turn to Koei Tecmo for development and the end result (on PS4 at least) has been excellent. This is by far my favourite building RPG. I never thought a game like this would have a great story but here we are. Dragon Quest Builders 2 borrows from more than just Minecraft with elements from Stardew Valley and Animal Crossing to be one of the better RPGs in recent years. Just avoid the Switch port. When Simogo revealed Sayonara Wild Hearts, I was immediately sold. Simogo haven’t released a bad game yet. The pop album video game that plays like a series of songs with gameplay thrown in is one of the best games this year. The soundtrack is easily a highlight of 2019 but the combination of slick animations, gorgeous visuals, and the soundtrack makes this one of the better games of the year. It is easily worth subscribing to Apple Arcade just for this.

6. The Legend of Heroes: Trails of Cold Steel III I was skeptical about Fire Emblem: Three Houses when it was originally revealed. It seemed like Intelligent Systems and Koei Tecmo didn’t have everything in order with initial showings for the game. The end result on the other hand delivered in spades with a game that has four different full routes that will take you around 50 hours each delivering superb stories and great characters. Three Houses even has great map design and a very good soundtrack. It struggles on the technical side but everything else about it is amazing. Fire Emblem: Three Houses is one of the best games you can play on Nintendo Switch right now. Yakuza 0 is one of my favourite games of all time and Yakuza Kiwami just wasn’t as good. Yakuza Kiwami 2 on the other hand was ace and felt like a proper return to the quality I saw in Yakuza 0. Judgment is a hybrid game that blends in detective and investigations into the standard Yakuza gameplay formula to deliver an experience that is superb for fans of Yakuza games. I’m glad SEGA localised this with an English voice option because as a spinoff to the Yakuza series, I enjoyed my time playing this in English and hope we get a new Judgment game in the future. If you’ve always wanted to experience Yakuza games, this is a great game to try alongside Yakuza 0. 2. The House in Fata Morgana: Dreams of the Revenants Edition When I played Monster Hunter World last year, I had finally found a game I kept going back to like Overwatch, Monster Hunter 4 Ultimate, and Fantasy Life. I played it on both PS4 and Xbox One and loved almost everything about it. With Iceborne, Capcom have essentially delivered Monster Hunter World 2 in everything but name. Iceborne changes everything for the better and has enough new quality content to keep you busy for hundreds of hours. Each weapon is way better, the post game is fun, new core gameplay mechanics, and balance improvements make this the ultimate Monster Hunter game. Mick Fraser and I played just Iceborne for hundreds of hours already and I don’t think we will stop anytime soon. Capcom absolutely nailed everything here.