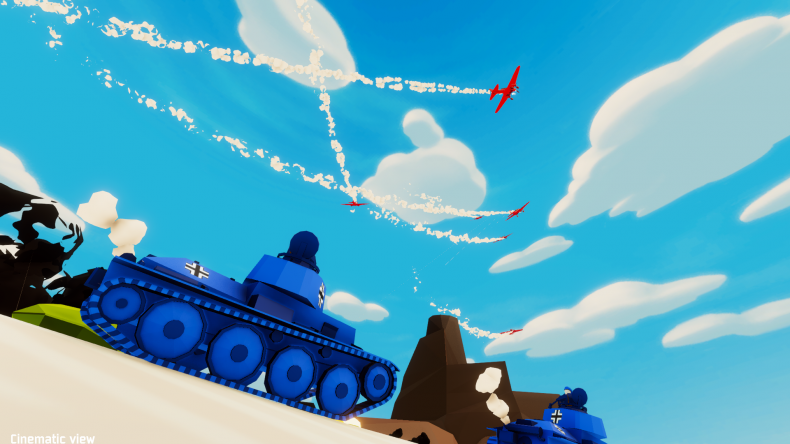 505 Games and developer Noobz From Poland have announced a new World War II battle simulator, the physics-based Total Tank Simulator. It’s due to hit Steam in 2020.

Despite the name, Total Tank Simulator isn’t just about tanks. It’s a tactical battle simulator with planes and infantry too, but there will certainly be plenty of tanks in the final game. Three game modes will challenge players to use strategic thinking and unleash creativity, including Sandbox Mode, Shadow Mode (survival mode) and Campaign Mode, with six different playable factions permitted in each game mode. Players will battle through a carefully detailed and totally destructable experience across the burning sands of the Sahara Desert, the emerald green fields of Europe and the snowy plains of Russian Taiga, among other detailed environments ripe for total destruction.

Now here’s something you don’t see every day: 505 Games is allowing Steam users to determine the launch price of Total Tank Simulator. This is done by simply wishlisting the game on Steam, with tiered rewards depending on the number of total wishlists. Total Tank Simulator is due for release on Steam in 2020.