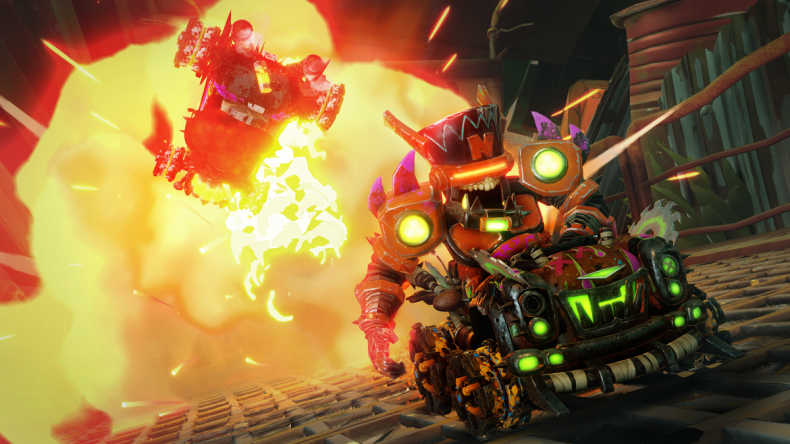 Buckle up, racing fans! A brand new Mad Max inspired season is coming to Crash Team Racing Nitro-Fueled in the form of the Rustland Grand Prix. The post-apocalyptic wasteland brings a whole load of new content, and you’re not going to want to miss it.

Mega-Mix is the latest character coming to the game, a mutated mix of some of Crash’s greatest foes including Dr. Neo Cortex, N. Gin, Tiny Tiger, and Dingodile. The newest track features a heavy metal theme, featuring plenty of fire, steel, and graffiti filled with danger around every bend.

There’re also three new tracks to unlock, and plenty of punk-style skins, paint-jobs, and stickers. Finally, if you finish in the top 5% of the Grand Prix leaderboards, you’ll win the Championship Kart and Rustland signature decal. There’s also a nice touch to the menu screen, as Crash is holding the award for Best Racing Game the team won at the Game Awards 2019.

Video games are cool. Don't let anybody tell you any different.
MORE LIKE THIS
crash team racing nitro-fueled

Start your engines because Crash Team Racing is coming back in June on PS4, Xbox One, and Switch!
Support us on Patreon for exclusive content