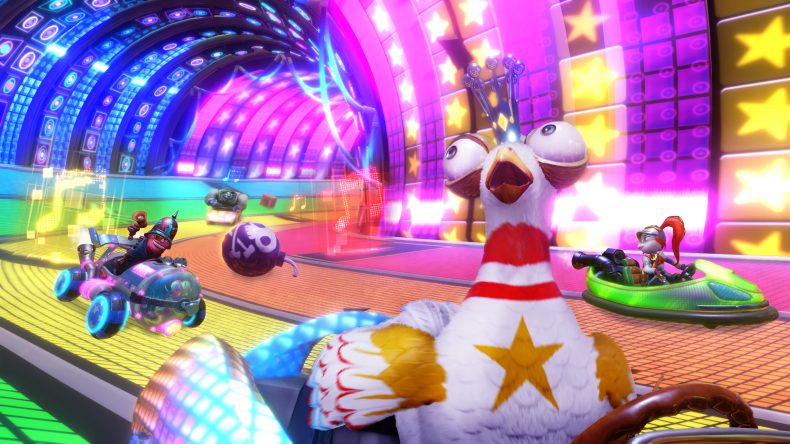 Are you still playing Crash Team Racing Nitro-Fueled? If so, then you’ll be pleased to know that a new, free Grand Prix is coming this week, in the form of the Neon Circus Grand Prix.

This free Grand Prix brings with it a plethora of new content, including new characters, items and a new game mode! NEW TRACK: Koala Kong is the master of ceremonies for this brand-new track, Koala Carnival! It’s a death-defying big top spectacle, done the way only Koala can.

NEW KARTS: Go off the rails with the Nitro Bumper Kart, relive the Crash Tag Team Racing days with the Pressuriser and take some risks with the Daredevil!

PIT STOP: Put on a show with tons of new Pit Stop items, including Circus-themed Skins, Neon Wheels, and, for the first time, animated Paint Jobs!

ROYAL POULTRY: Head over to the Adventure Mode, explore each of the Hub Worlds, collect the hidden Golden Eggs and unlock King Chicken!

CHAMPION KART AND DECAL: Finish in the top 5 percent of the Grand Prix leader boards and win the Champion Kart and Neon Circus signature decal!