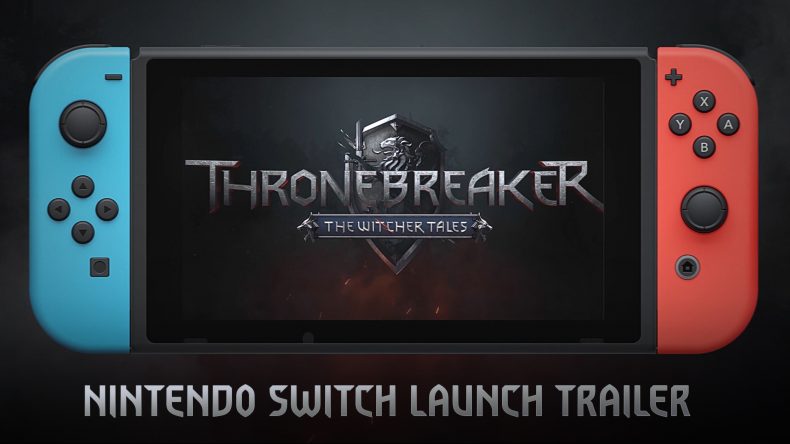 The creator of The Witcher series of games, CD PROJEKT RED has announced today that the turn-based role-playing game Thronebreaker:The Witcher Tales is out now on Nintendo Switch.

The single-player role-playing game has been ported to Switch by Crunching Koalas, in close co-operation with CD PROJEKT RED. Along with the game there are a number of free digital items including the official soundtrack, concept art from the game, as well an an annotated map of Lyria. You can find more details about the items and how to claim them via the dedicated website.

Thronebreaker: The Witcher Tales is a single player role-playing game that combines puzzles, turn-based combat and narrative driven exploration. You play the role of Meve, the queen of two Northern Realms – Lyria and Rivia, facing the Nilfgaardian invasion.

Thronebreaker is also available on GOG.com, Steam, PlayStation 4 and Xbox One.

Likes to shoot stuff and wear pretty shoes. Is a BEAST at Titanfall.
MORE LIKE THIS
CD projekt redThe WitcherThronebreaker: the witcher tales