previous
Outward DLC The Soroboreans Coming this Summer
random
next
What are The Safest Bets for the 2020 Superbowl?
0 comments 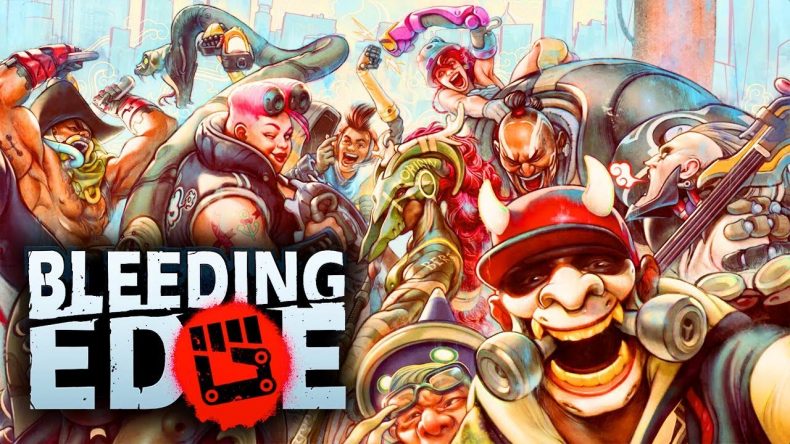 Given the massive success of Overwatch, Smite and Apex Legends, it can’t be easy to launch a new “character” game these days. We saw Lawbreakers and Gigantic fail, Battleborn is about to be shuttered, Paragon was binned in favour of Fortnite… Now I know technically speaking I’m covering a range of subgenres there, but the common denominator of these games is the character roster. Fighters with cool names and wildly inventive designs, with insane backstories and special skills. I don’t believe for a moment that the games live or die based solely on their line-up, but I think it makes a genuine difference.

Look at the popularity of Overwatch and Apex in particular, games that have introduced us to a variety of characters with interpersonal history, personality, relationships and, yes, baked-in cool. These are the faces of the game, the totems that will bring all the cosplayers to the yard, that will decide if a game is talked about and remembered as well as simply played. It was a subject at the forefront of my mind when I jumped into the Bleeding Edge beta on Xbox One at the weekend. The character roster here is pendulous to say the least, the quality swinging from the high end of the spectrum (Daemon, Nidhogger and Maeve), to the low end (Gizmo, ZeroCool and Makuta), or the plain weird (Kulev and Cass). The 12 characters come off almost as try-hard, making little sense in of themselves but kind of working as part of the grotesque ensemble that they create as a whole.

The thing about Overwatch is that the characters have a purpose, a reason for being diametrically opposed, a reason to fight one another. And all the glorious animated shorts flesh out these conflicts – not to mention the characters themselves having clear and developed backstories. I didn’t get an ounce of that from the Bleeding Edge Beta; I just got 12 mismatched misfits that range from completely unique to creatively bankrupt. And because the first pick was purely with my eyes, it made it hard to choose a character. I didn’t really want to play as any.

Thankfully, the tutorial fixed that. Forcing you into the shoes of Nidhogger, Daemon, and ZeroCool, the tutorial gives you a crash course in the mixed melee combat and each character’s special skills, which is when I realised that there’s much more to Bleeding Edge than gimmickry. For a start, each character has a primary move, three specials on cooldown and an “ultimate” that slowly becomes usable only two or three times per match. And while the character designs are decidedly hit and miss, the array of skills and special moves is fairly impressive. Split into Damage, Support and Tank roles, each character has a part to play. With it being the early days of a beta I didn’t see many players exhibiting a whole lot of skill or understanding of the characters. I went in with several different avatars and pretty much button mashed my way through with a very limited level of skill.

I found most success with Daemon, whose ability to use invisibility and fast attacks fit my preferred style, and Gizmo, whose massive cannon helped me keep the enemy at bay. I also dabbled briefly with weird chicken-cyborg-lady, Cass, machete-wielding hombre, El Bastardo, and healer Kulev, who’s a robotic python animating the skeletal corpse of a Slash lookalike – honestly.

What Bleeding Edge might lack in terms of a clear visual identity it recoups back in the gameplay. It feels smooth, responsive, fast-paced and exciting. There were two main modes in the beta, a point-capture mode and an energy-collection mode. Neither felt particularly fresh, but they were both exceptionally fun to play regardless, the mix of character and skills bringing the screen to life. Mods unlocked by leveling up characters add interesting modifiers like health regen while using certain skills, which could potentially add build diversity and tactical options to the mix.

If anything, I found the maps to be a little bit sterile. They don’t feel like organic areas, but rather like carefully designed arenas lacking in any personality. There was nothing clever to be found, nothing really stand out, although zipping around on hoverboards and hitting boost points was fun. There are only four at present with more to be added, but I’m hoping to see some more highly detailed and interesting maps come launch.

Overall I found the Bleeding Edge beta to be a pretty good time. Skins, hover boards, mods and decals will provide plenty to unlock, but it needs more modes and maps. It’s heading into a genre that simply doesn’t take kindly to pretenders and, while there’s a lot of potential here and Ninja Theory have undeniable pedigree, I still think Bleeding Edge needs to do a little more to stand out.

Senior Content Editor Mick has been playing games for over 30 years and writing about them for around 12. After drifting from site to site for a while, settling briefly at the now-defunct Made2Game and freelancing for the gone-but-not-forgotten NintendoGamer Magazine, he came at last to rest at Godisageek. Mick has been a reviewer, staff writer and content editor here for some time, while also moonlighting a little for Red Bull Games. He has 4 kids, has written 2 novels, and sometimes even manages to pay a bill or two. You'll usually find him defending the galaxy in Destiny 2, battling evil in Diablo 3, or lurking in the background on Twitter. Find him there @Jedi_Beats_Tank, or on XBL (JediWaster247), PSN (Jedi_Waster) or Nintendo (JediWaster).
MORE LIKE THIS
bleeding edgemicrosoft game studiosNinja Theory