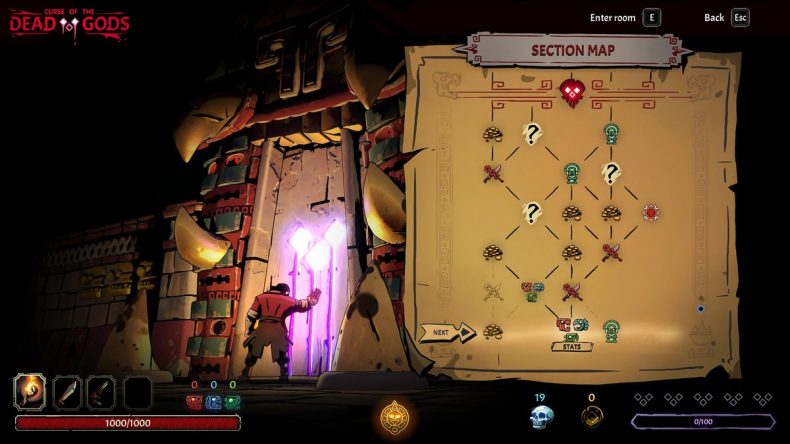 Coming to early access this March, Passtech and Focus Home Interactive title Curse of the Dead Gods. The new Rogue-lite is coming to Steam on March 3rd, and will be in attendance at PAX East later this February.

“From March 3rd, seek untold riches, eternal life, divine powers – your greed will lead you to death, but that is not an escape. Rise to fight again. Delve deeper in the accursed temple, a seemingly-infinite labyrinth of bottomless pits, deadly traps, monsters and malignant deities. Collect mystical Relics and an arsenal of weapons to make yourself unstoppable. Corruption builds in you with every step – encourage or ignore it, but each powerful Curse can be a double-edged sword.

I love a good Rogue-lite, and Focus Home Interactive have published some very exciting games recently. This March it might be time for me to get cursed.