previous
Is Hellpoint more than just 'Dark Souls in space'?
random
next
Valentine's Duos is coming to Apex Legends this week
0 comments

The Winter update to the Yu-Gi-Oh! TGC is here. 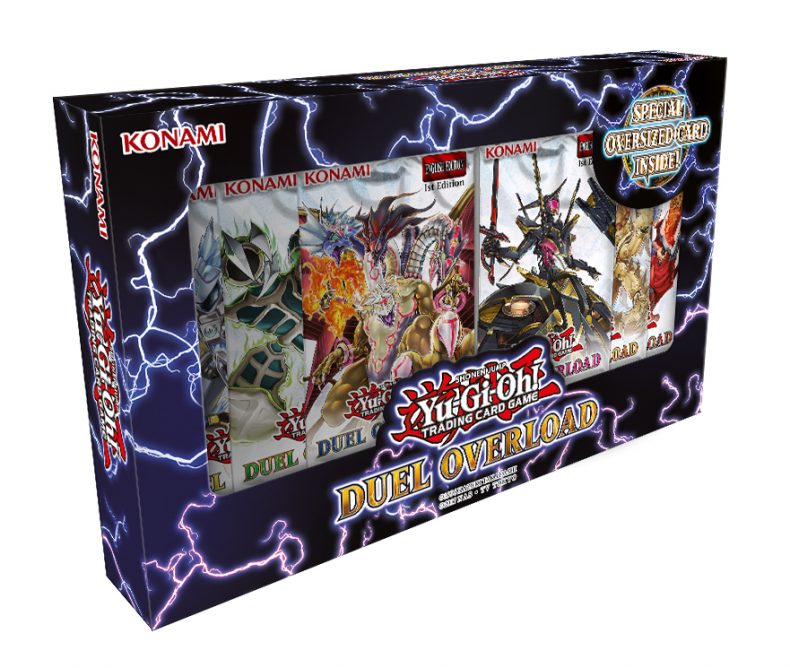 Konami have announced details of the winter update for the Yu-Gi-Oh! Trading card game. The update includes the return of Shaddoll monsters, the launch of the Ignition Assault Special Edition and the Duel Overload collector’s booster set.

First up is news on The Shaddolls. The winter update sees three new Main Deck monsters coming your way. Each monster has a different attribute, unique special summon effect and ability triggered when they’re sent to the graveyard.

These new Shaddoll monsters can also be used for Fusion Material for El Shaddoll Apkallone. A new Fusion Monster summoned by using any two Shaddolls with different abilities. The new El Shaddoll Apkallone also comes with its own abilities. After it has been special summoned, Apkallone negates the effects of any one card on the field. Once Apkallone has been sent to the Graveyard you will be able to retrieve any Shaddoll card from your Deck or Graveyard, add it to your hand, and discard a card. You can also discard a Shaddoll card to trigger another effect.

Structure Deck: Shaddoll Showdown will be released on February 13 and contain one Beginner’s Guide, one Double-sided Deluxe Game Mat/Duelling Guide and 49 cards. The Main and Extra Decks include: 39 Commons, 7 Super Rares and 3 Ultra Rares.

If you missed these the first time round you now have another chance to pick these up.

If you’re one of the Intrepid Duelists, you have the chance of collecting two preview cards from the 2020 Spring Booster set, Eternity Code, weeks before it releases. You might also find two new link monsters. First is Cyberse Accelerator, a Link-2 that buffs a Cyberse-Type monster, gaining it a 2000 ATK or allowing it to attack twice. Next is the Gouki Destroy Ogre, a high impact Link-4 with 2800 ATK. It protects the monsters it points to from battle, and its effect can also call forth Goukis from your Graveyard. All cards are Super Rares and you’ll find two in each Special Edition.

And finally is the Duel Overload Collector’s Set. The biggest collection of new Link Monsters, with 20 new Links and a total of 56 new cards. There’s a new “Predaplant” Link Monster which copies the effects of “Fusion” and “Polymerization” Spells straight from the deck. A new Bujin assembles Xyz Summons and the Sky Strikers find a new Link-2 threat.

That’s not all as there are also 26 more new cards. These include additions to the Malefic and Cubic strategies from Yu-Gi-Oh! The Dark Side of Dimensions and Yu-Gi-Oh! Bonds Beyond Time films.

There are also 44 reprints including top tournament cards like Cynet Mining.

Duel Overload bursts onto shelves from March 19. Each box has 6 Duel Overload boosters with 5 Ultra Rares per pack. This also includes 1 of 6 special oversized collectible cards with a design inspired by the manga series. The complete booster set contains 100 cards.