Tales from Animal Crossing: A story of guilt, betrayal, and making mistakes 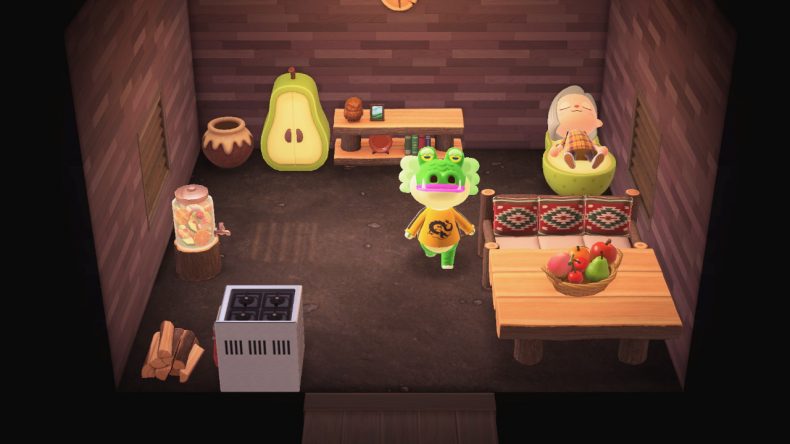 I’m an easygoing guy. To anyone who knows me, I enjoy a laugh, I’m pretty easy to get on with, and I rarely get angry. When I set up Whitehaven, I envisioned a community of folk that would work towards a common goal – to build new horizons and forge a way of life that was enviable and pure – all the while living a peaceful life with those that chose to live there. After moving in with Sparro and Reneigh – a fitness obsessive and a shy horse – we began to create something special.

As our island became more inhabitable, we welcomed the likes of Celia, a parrot that acts like the mother hen, and Anicotti, a mouse who dreams of becoming a pop star, into our small but thriving community. I ventured to lands afar, looking for others to help make Whitehaven something special. Celia and Anicotti were handpicked to help lead us into a new era, and we became incredibly close, however, things would soon change.

Enter Drago. One day, he turned up on Whitehaven, inhabiting the only empty house left on my island. My wife was living a short distance away from me, and my two children, Evelyn and Hollie, had homes along the riverside. We were an honest and happy family, but one dragon threatened everything. It started with throwaway comments about my wife, how she was ‘pretty great,’ often saying how much he liked her, then disregarding anything I said. It escalated one day when I needed his help, and he chose to shoot me down in favour of knowing the whereabouts of my betrothed, giving her a gift that should’ve been from me. This was the final straw. I’d had enough of his advances towards her, so I took matters into my own hands. I snitched on him to Isabelle. OK, so it may have been petty – it was definitely childish. If I’d have my way, I’d have thrown him off the pier, but unfortunately there’s not a button command for this. I unloaded my issues to the often comatose pooch, feeling a sense of relief knowing she would soon have a word with him. The next day, I was doing some fishing so that I could earn enough bells to build a new bridge, when he approached me out of the blue. This was the first time he’d paid me proper attention.

I wasn’t sure if he’d been spoken to or not, but after our conversation I felt like an utter twat. He said that for the last few days he’d been working on making me something as a token of our friendship. He presented me with a beautiful pink shell lamp, and knowing he’d not been ignoring me – instead working on this gift – I’d been a grade A arsehole, thinking he’d been trying to get into my wife’s Rattan bed.

I ran straight to Isabelle after he’d spoke to me, but like always, she was fast asleep behind her desk. I don’t know why she even bothered to move to Residential Services. She’s such a lazy cow (or dog). I spent days thinking about how premature I’d been in fronting my concerns, and that once Drago knew I’d gone behind his back, he’d never forgive me. Would he ever want to speak to me again? Would our friendship be over? Had I been right in the way I’d acted? The rain was falling down hard in Whitehaven when we next spoke. I was out chopping wood, when Sparro walked over to me. He told me Drago wanted a word, and that I should go and talk to him. This was it! The time had come when Drago was going to confront me about what I’d done. I sheepishly walked to his house, knocked on the door, then entered. Inside, Drago was sneezing. The poor guy was full of cold, and he wondered if I’d be able to get him some medicine. He mentioned nothing about what I’d been worrying about, instead asking a fellow friend for some help. This was my chance to help him out, and I took it without thinking twice.

I crafted him some medicine at the local DIY bench and brought it straight to him. After consuming it, he started to feel a bit better, thanking me with a brand new plaid shirt. He was grateful that I’d helped him, and I was happy I could. To this day I don’t know whether him and Isabelle ever had that conversation, and I’ll likely never know. The biggest lesson I learned from this whole debacle was never judge a book by its cover. Drago, if you ever read this, I’m sorry. You’re a great guy, and you’ll also be welcome in Whitehaven.

Video games are cool. Don't let anybody tell you any different.
MORE LIKE THIS
Animal Crossing: New Horizonsnintendo