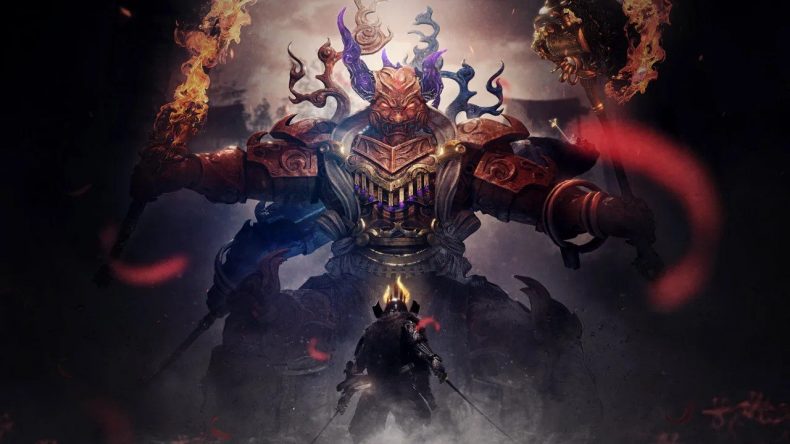 Nioh 2 is a hard game for beginners, especially if you didn’t play the first entry. Its mix of fast-paced combat, complex systems and huge loot pool make it not only mechanically hard, but dense too. Luckily for you, I’ve put a lot of effort and hours into Team Ninja’s incredible adventure, and I’ve got some Nioh 2 tips to share to help you find your feet in its dark, unforgiving world.

1. Use all the stances

Every weapon in Nioh 2 has three stances, High, Mid and Low. The Mid is the standard stance, while High is generally slower and more damaging, and the Low is faster but weaker. There are many moves for each weapon and all are tied to one or two of the stances, and there are even moves that will switch stances during an attack or evasion.

While you could probably run through the whole game using only Mid, learning to switch stances on the fly is a valuable talent, as more diversity and greater understanding of your chosen weapon will make you a better fighter in the long run. It’s hard to overstate how essential this one move is for progression. The standard L1 parry will work for most normal attacks, even from bosses, but any enemy from the lowliest Gaki to the mightiest demon samurai can perform devastating Ki-bursts that can, and will, one-shot you.

A standard parry will not work. Instead, you’ll need to hold the right trigger and press Circle, which will invoke your inner Guardian Spirit and perform a Burst Counter. If you time it right, you’ll not only avoid damage, but interrupt the move, deal your own damage and deplete a large chunk of the enemy’s Ki. Be aware though, that all three types of Guardian – Brute, Feral and Phantom – have different timings and effective spacing. In the back half of the game where you can alternate between Guardians, make sure you know which one is active or you’ll catch a Yokai blade to the face.

Whenever you fight Yokai, and you will fight them a lot, they leave behind pools of dark ki energy. If you stand in these pools you won’t regenerate Ki, which is a massive problem because it means you can’t attack or dodge. However, you can dispel them by performing a Pulse or Flux.

Nioh 2 has a great selection of weapons and you can have two equipped at once. Each one benefits from a specific stat increase, and they are designed to either compliment or offset each other as you grow stronger and diversify your build. Even the large weapons like the Odachi and Spear are pretty fast in Nioh 2, and reach and manoeuvrability are often more important than how much raw damage you’re dealing unless you’ve specced for that specifically.

Spend some time in the Dojo summoning phantoms and trying out the weapons. You may end up sticking to one for the whole game, or you might switch them out as the situation requires. I personally favoured the Switchglaive for its reach and speed, as I have a Magic/Skill build, but it’s worth trying them all out to see which fits your play-style.

5. Remember your bow/rifle and tools

Combat in Nioh 2 is an intricate dance, and only partly relies on your gear. Even armour with high stats is no match for an enemy with a well-timed combo, or an unexpected Ki-Burst, and your weapon can only do so much.

Luckily, you’re outfitted with a lot. Bows, rifles and handcannons are great tools for. Dealing with pesky archers, pulling enemies out one at a time, or even just getting a bit of crafty damage in before the fight begins properly. Bombs, poisons, and a huge variety of amulets, charms, and curios grant many buffs and advantages during tense fights. Always check what you have assigned your shortcuts before each mission, and be prepared. 6. Ninjutsu and Onmyo magic are invaluable

Likewise, if you choose to build away from raw damage, Ninjutsu and Onmyo are invaluable. The former allows you to craft Shuriken, Kunai, poison broth and caltrops, focusing on debuffing the enemy and dealing tick-damage. The latter is magic, granting access to protection or damage spells, elemental attacks, and various buffs and boosts to skills associated with magic.

You can build comfortably enough with none or a few of these abilities, but if you take a deep dive into either skill there are some great options for both pure and hybrid builds, and the skills themselves can be essential in a tight spot.

Although Nioh 2 isn’t open world, the mission areas are pretty tightly packed with enemies and secrets. Check down every path, behind and inside every building, up every barely-visible forest path and collect everything you find. Wells, crates, boxes and barrels can all hold items worth grabbing. While you can use Ochoku Cups to summon in AI-controlled spirits of other players, called Acolytes, they’re often more trouble than they’re worth. It’s nice to have a bit of back-up during sub missions, and it’s always handy if someone else pulls the boss’s aggro, but the AI behaves oddly sometimes, running off on its own, getting lost and triggering enemies. They also almost never heal themselves.

That said, having your spirit summoned earns you Glory and Cups, so it’s best to use your Righteous Jasper right before a tough area in the hope that you can be of at least some help to someone.

9. Trade with the Kodama

You can’t buy Elixirs anywhere except at the Kodama Shrines, and you can only trade there with rice, which in turn is earned by making offerings to the Kodama. While it’s worth disassembling a few items here and there at the Blacksmith for materials, don’t waste gear selling it for cash. You’ll earn enough just playing.

Instead, offer what you don’t need to the Kodama during missions and you’ll earn rice and Amrita, which will keep you topped up on Elixirs and ammo forever. Incidentally, the little Yokai-looking Kodama, the Sudama, only appreciate spirit stones. Drop one on the floor in front of them to receive a reward. 10. Don’t be afraid to grind a little

Nioh 2 is tough, and even when you’re several levels above a mission’s recommended level, it’s not a guarantee of victory. The stats make a difference, but it’s a small one. What’s more important are gear and skills. If you’re struggling with a mission, earn better gear and Amrita to level up by running through an earlier mission. The gear rewards even change for repeated runs.

There are lots of buffs and debuffs in Nioh 2, and you will never need all of them in a single playthrough. For example, the bare-handed attribute items is useless if you only fight with a weapon. If you head to the Blacksmith, the Temper option allows you to swap out the most useless skills on a piece of equipment for something that will benefit you more. Perhaps surprisingly, the Toughness stat does not determine how much damage you can take. Instead, it determines how hard it is for an enemy to “break” you, and by that I mean remove all your Ki so that you’re left panting and defenceless for a second or two, during which time, more often than not, you’ll either die or be severely punished.

The Agility grade, however, is more straightforward. The better this is, the faster you move, which is very handy for a lot of builds. Only the strongest and deadliest melee characters will build with low agility and high damage.

Remember that a piece of armour being either super ugly or hella cool has no bearing on your ability to survive. If you wear gear for fashion’s sake, you’ll have builds all over the place. Instead, head to the Blacksmith and Refashion your armour and weapons cosmetically to copy any other gear you’ve ever found. It costs very little in the grand scheme of things, and means you can still fight, as well as look, like a badass. It’s always worth helping other players in Expeditions using the Torii Gate in the Starting Area. You can hop straight into a game where another player is requesting assistance, and you’ll be rewarded with gear, Amrita, crafting materials, money and glory for your trouble. It also never hurts to fight the same boss a few times to improve your overall skill.

I can’t stress enough how important it is to spend time in the Dojo when you’re a beginner. Learning in the heat of battle is great, but that can cost you time, money, Amrita and consumables. In the Dojo you can summon the spirits of enemies including armoured warriors and Yokai, and practice Ki Pulses, Burst Counters and general combat, as well as get a feel for the weaponry. If you’re struggling with timing, positioning, switching stances or using Jutsu, a bit of time in the Dojo goes a long way.

Senior Content Editor Mick has been playing games for over 30 years and writing about them for around 12. After drifting from site to site for a while, settling briefly at the now-defunct Made2Game and freelancing for the gone-but-not-forgotten NintendoGamer Magazine, he came at last to rest at Godisageek. Mick has been a reviewer, staff writer and content editor here for some time, while also moonlighting a little for Red Bull Games. He has 4 kids, has written 2 novels, and sometimes even manages to pay a bill or two. You'll usually find him defending the galaxy in Destiny 2, battling evil in Diablo 3, or lurking in the background on Twitter. Find him there @Jedi_Beats_Tank, or on XBL (JediWaster247), PSN (Jedi_Waster) or Nintendo (JediWaster).
MORE LIKE THIS
niohNioh 2Team NinjaTecmo Koei